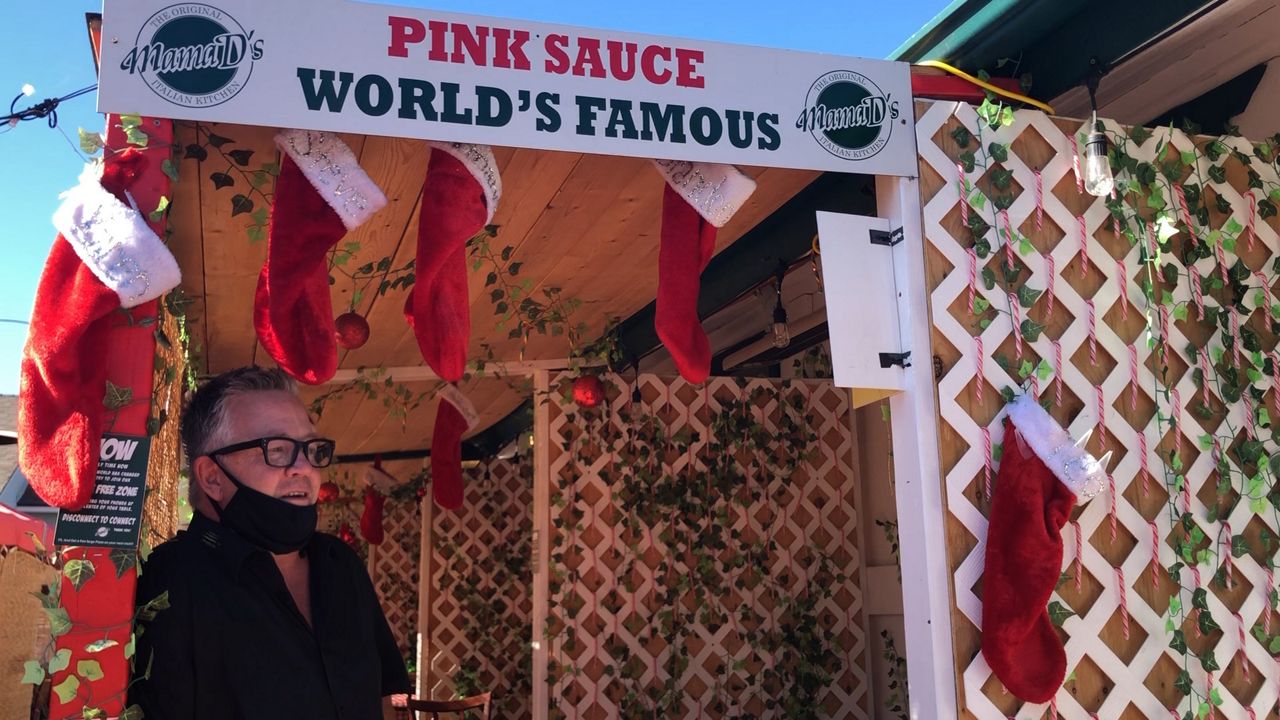 REDONDO BEACH, Calif. — Despite a festive outdoor patio at Mama D’s in Redondo Beach, this feels far from Christmas.

Owner Chris Davidson has spent $30,000 out of his own pocket transforming his parking lot into a COVID-safe space for diners. About 90% of his restaurant’s income comes from in-person dining, and if Mama D’s can’t seat tables, he thinks he’ll be closed by February.

A fear for his restaurant’s survival has pushed Davidson to the brink.

“If push comes to shove, I’ll open the restaurant if I have to,” he said.

Just up the Pacific Coast Highway, longtime local diner Eat At Joe's is trying to survive as well. But owner Alex Jordan has taken a different approach to the county’s restrictions. While upholding all COVID-19 health protocols for his customers and staff, he has chosen to keep his patios open for dining.


He wants other restaurants to join Eat At Joe's in serving customers.

"That would be the greatest thing if I could get off this island of my own," said Jordan. "It’s for all the right reasons. This isn’t a crazy act or a rebellious act."

Over at Mama D’s, Davidson is close to taking a seat at the very same table.

"I’ve never been arrested in my life," he said. "Am I going to get arrested and shut down? It can’t be any worse than this."

While safety is essential, Davidson knows that the livelihood of his family and employees is on the line, as is the survival of Mama D’s.