Honda Smart Home Can Be Powered by Electric Car

TORRANCE, Calif. — The current wildfires have a lot of people thinking about climate change and what can be done to stop it.

It’s long been known that human-generated greenhouse gases are the culprit and that much of it is driven by gas-powered cars and trucks. But while transportation is the largest single source — accounting for 28 percent of total global warming emissions — buildings rank fourth, according to the U.S. Environmental Protection Agency.

“If we want to address climate change, we need to think beyond cars to another major source of carbon, which is our homes,” said Marcos Frommer, manager of corporate communications for American Honda Motor Co. in Torrance.

For six years, Honda has been operating its Smart Home on the campus of the University of California, Davis, to learn more about sustainable building practices and integrating electric vehicles into the zero-carbon lifestyle of the future.

From its energy and water systems to the materials that were used to build it, the 1,944-square-foot home is an exercise in waste reduction and efficiency in an effort to make homes “holistically sustainable,” said Michael Koenig, project leader for the Honda Smart Home during the company’s first-ever webinar about the project earlier this month. 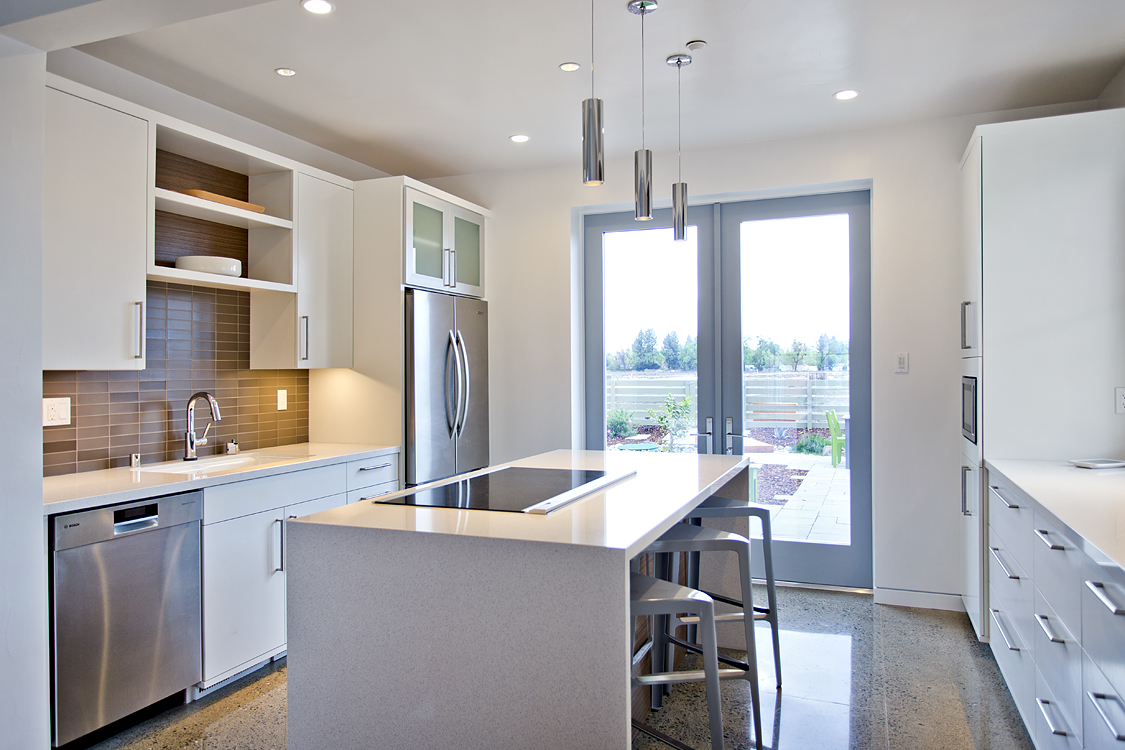 A living laboratory as much as it is a research and development project, the three-bedroom, single-family Smart Home has hosted five sets of occupants since it was first built in 2014, including a set of three Brazilian graduate students, various UC Davis staff, and its current occupants: a family of two.

All of them provide feedback to help Honda’s engineers tweak its various systems, and much of the data on those systems is publicly available. Honda says the home generates more than 200 channels of data each minute. 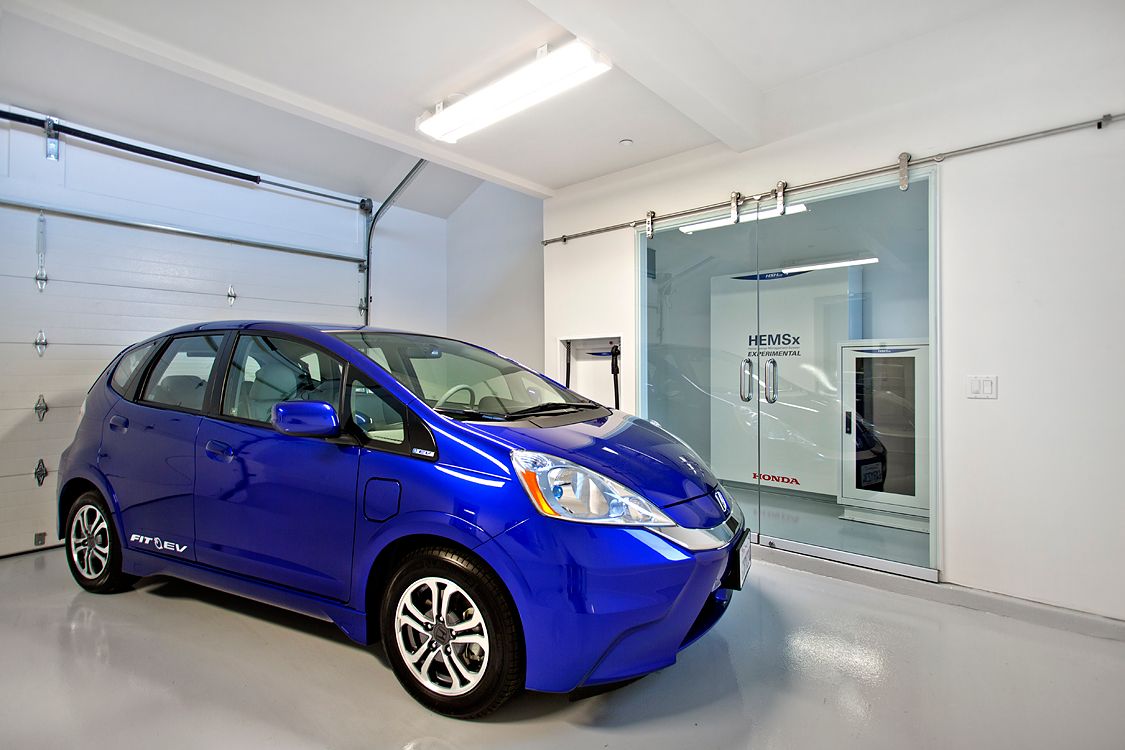 That electric vehicle in the garage can power the refrigerator, and everything else, inside the house

In the works since 2012, the Honda Smart Home was inspired by the simultaneous rise of electric vehicles and residential solar power, Koenig said. Designed with the goal of zero-carbon living and mobility, the home uses a 9.54-kilowatt solar array that generates enough clean energy to not only power the home, but the Honda Fit EV that comes with it as part of a so-called vehicle-to-grid, or V2G, system.

The home also includes a 10-kilowatt-hour stationery battery to store excess energy on-site. While the home is connected to the electrical grid, Koenig said they "could island the house indefinitely between the solar panels and the batteries in the car.” 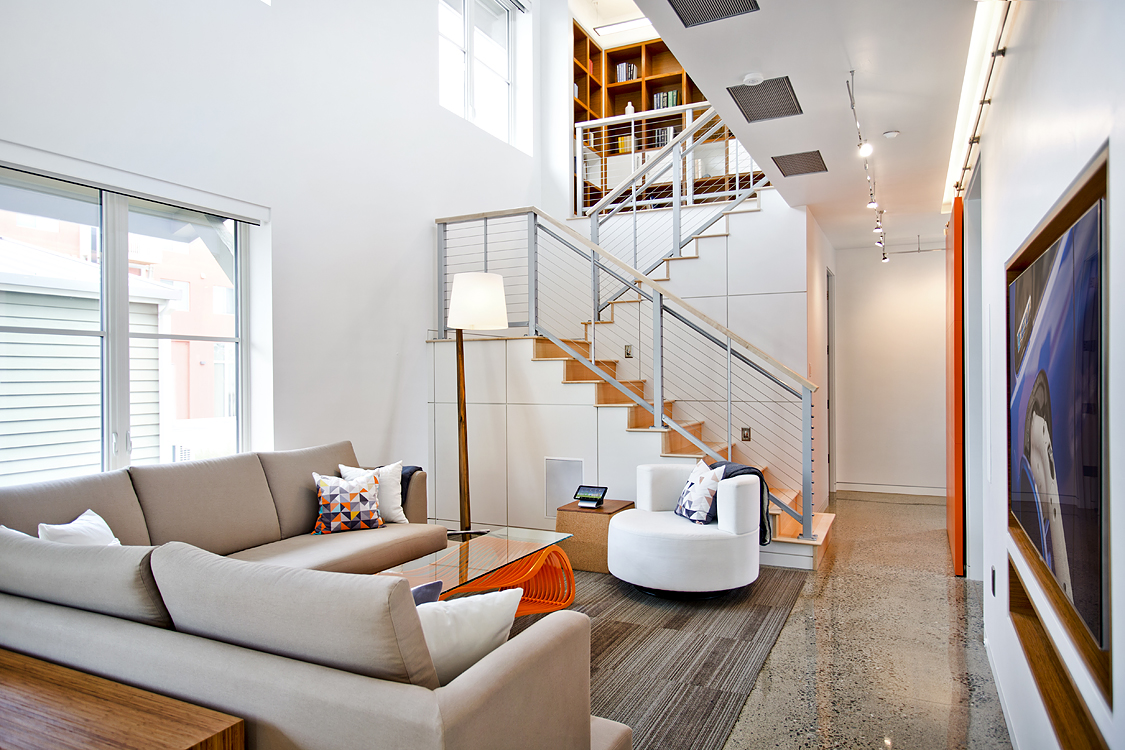 Manufacturing building materials, transporting them to construction sites, and constructing buildings generate 11 percent of carbon dioxide emissions globally, according to the United Nations’ Global Alliance for Buildings and Construction.

“The impact of materials is as important as the home’s systems,” said Koenig, who focused on using low-carbon, locally-sourced, and certified sustainable materials both inside and out at the Honda Smart Home.

Cement, for example, is critical to home building, yet for every pound of Portland concrete that is produced, one pound of carbon dioxide is released, Koenig said. About 50 percent of the concrete used in building the Smart Home is ash of volcanic origin.

To reduce the amount of lumber needed, the home used advanced framing techniques in its construction. And all of the lumber, whether it was used for framing or as interior trim or the furniture, is third-party forest certified to ensure the wood came from a well-managed forest and was legally harvested. 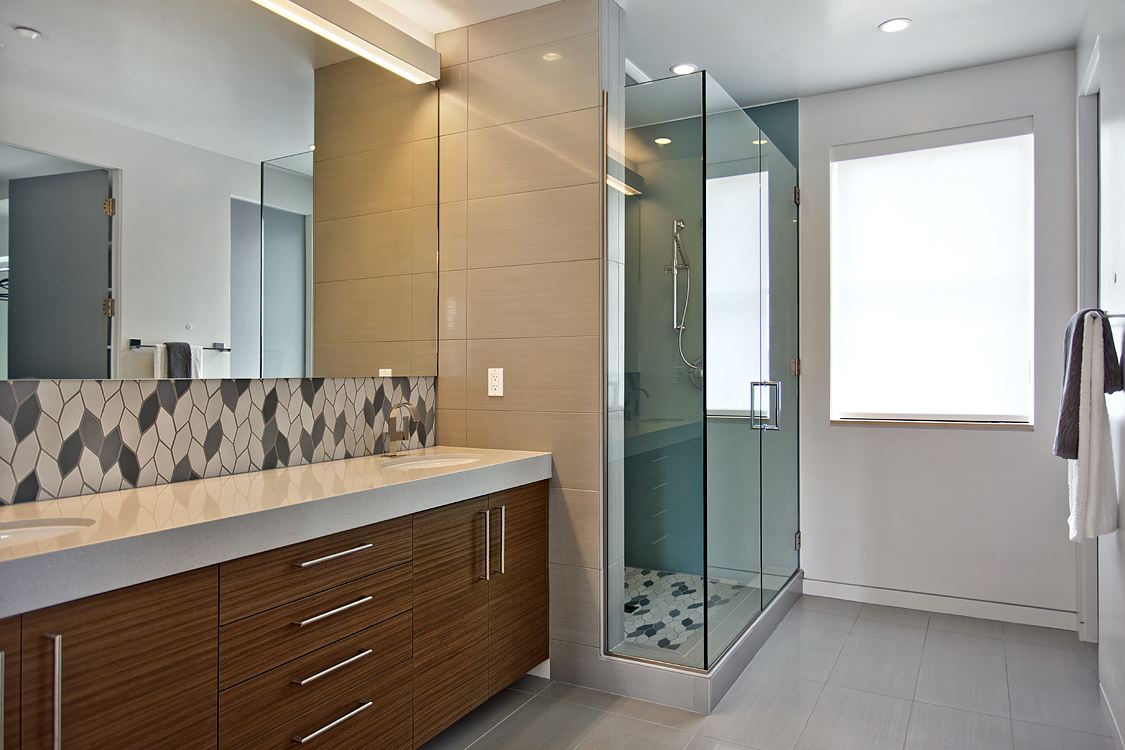 Most people would like to save water, but behavioral change is difficult. So the Honda Smart Home is designed so its inhabitants don’t have to think as much about their interactions with the tap. The shower is situated above the hot water tank, reducing the amount of time it takes the water to heat up to 10 seconds, thereby reducing the amount of water that disappears down the drain while waiting. 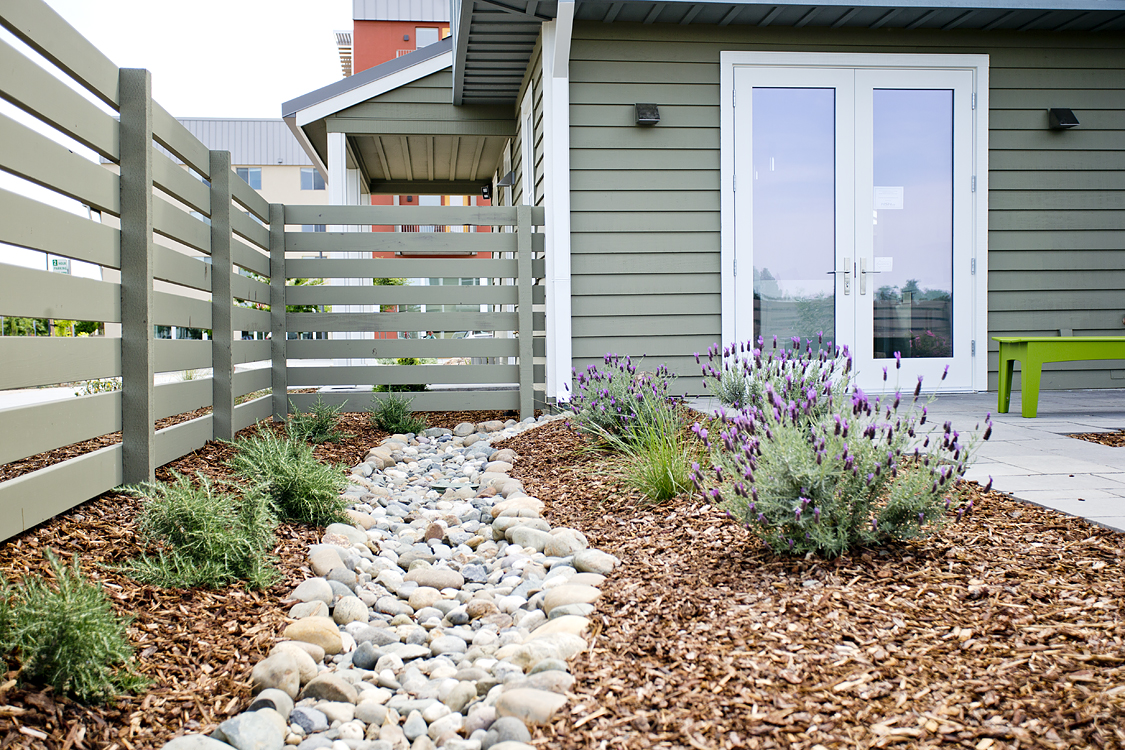 In addition, because 30 percent of a normal home’s water usage goes to water outdoor plants, the Smart Home incorporates a greywater system to recycle indoor shower water for use in exterior irrigation. The system has saved over 80,000 gallons of water, Koenig said. While sufficient for drought-tolerant plants, the greywater system does not generate enough to sustain turf. 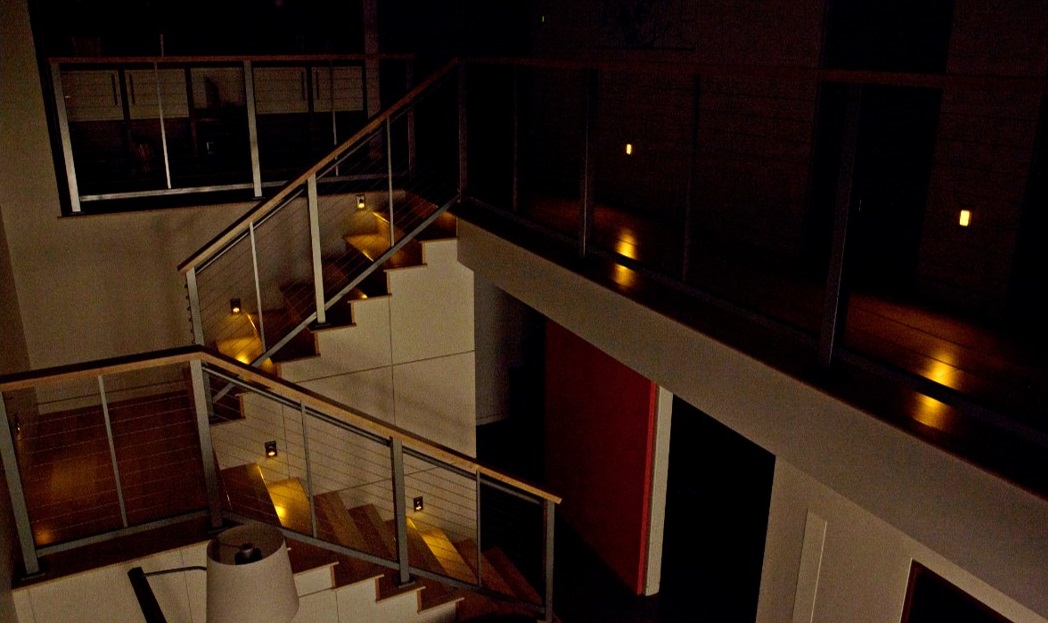 Lighting is a means to improve health, not just energy efficiency

All of the lights in the house are LEDs that reduce energy usage by 50 percent, and are also able to replicate natural light sources. Following the principles of biophilic design, the Smart Home mimics the natural environment to make it more comfortable and healthy for humans. It avoids the use of blue light, which is known to disrupt the body’s production of Melatonin and also disrupt sleep. At night, the home switches to deep amber safety lights that not only help residents navigate the house but are good for circadian health and also help with night adaptive vision. 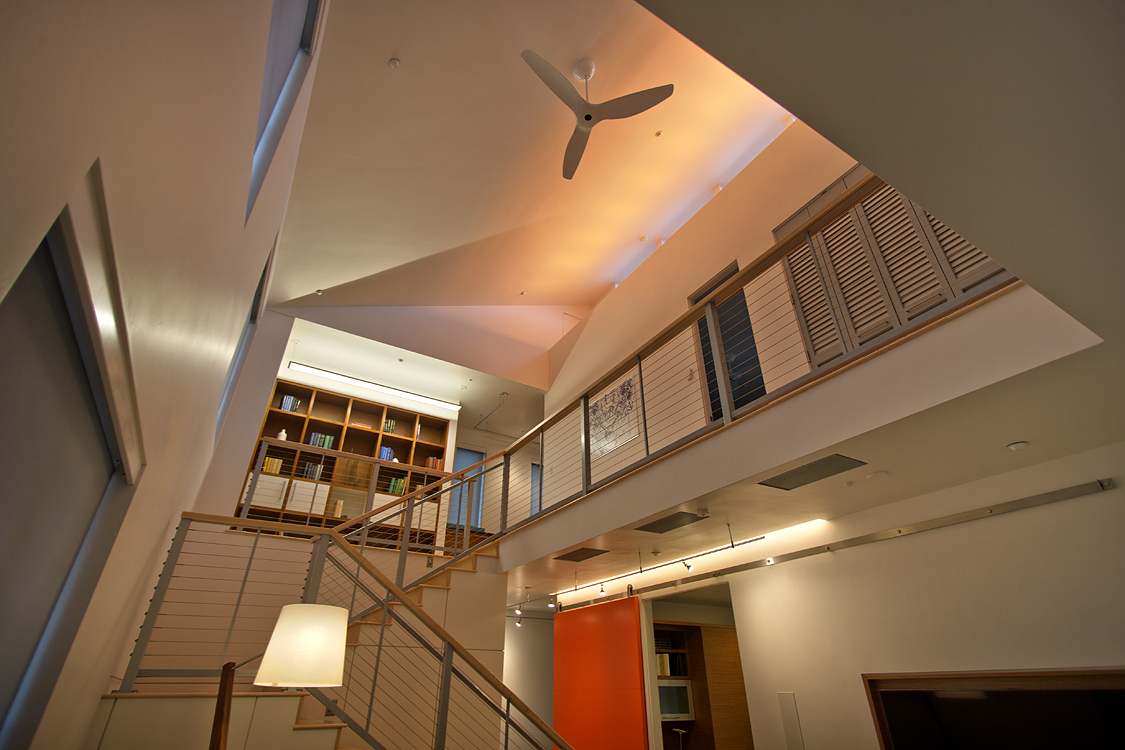 The future is now

Honda declined to say how much more its Smart Home cost to build than a regular home, citing its status as a research and development project.

"Ultimately it can be done,” Koenig said, while acknowledging that many of the systems are currently more expensive. “The fact is we don’t need to sit in the dark to do these things. You can make amazing living experiences if you just focus on the details. All of these things are doable, and a lot of it can be done right now.”


Homeowners who want to improve the efficiency of their living spaces don’t have to spend a lot of money. Koenig recommends they start with the light bulbs. LEDs use 80 percent less energy than a traditional incandescent, according to the U.S. Department of Energy. He also suggests homeowners consider an energy audit of their house to find out where energy is being wasted before adding solar panels.

Honda is not the only automaker involved in developing home technology systems. Tesla and Mercedes-Benz also offer battery energy systems similar to what Honda is using in its Smart Home, while Nissan and BMW are working on vehicle-to-grid technologies — although the systems are not yet available to U.S. consumers.

CORRECTION: An earlier version of this article incorrectly stated the number of Brazilian students who stayed in the home and the source of the ash in the concrete. The errors have been corrected. (September 22, 2020)