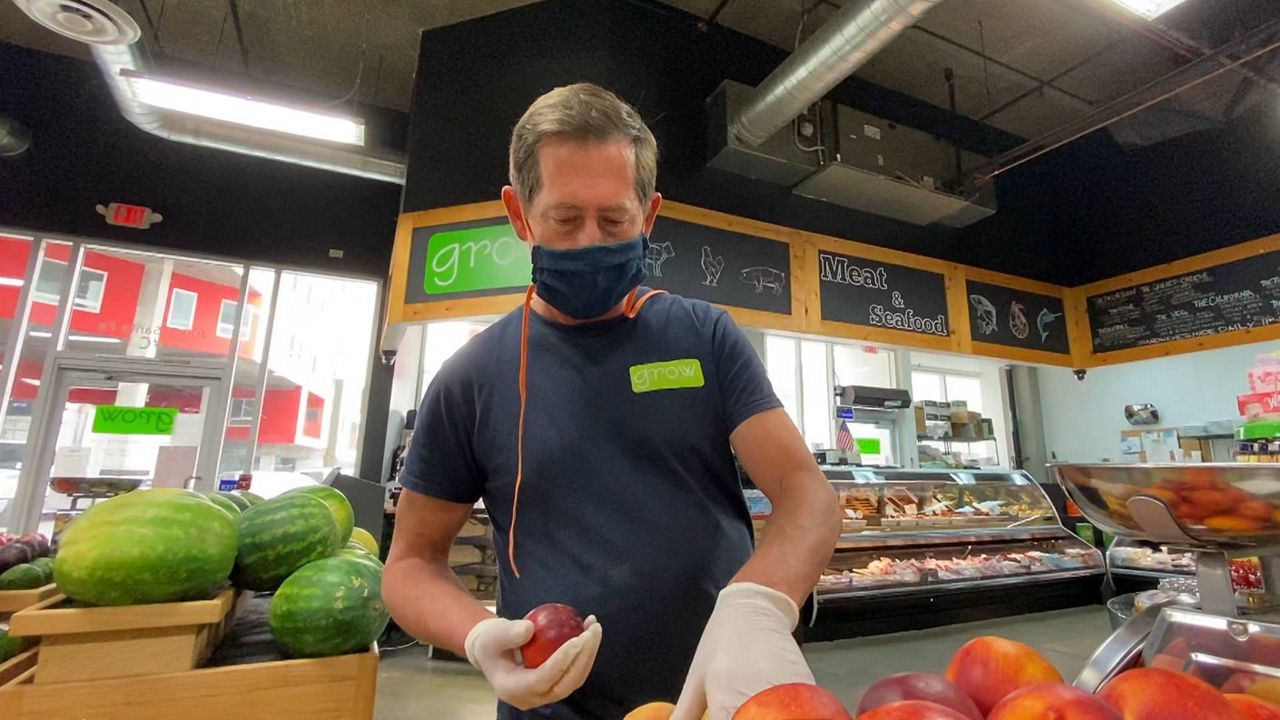 
Fisher, who runs the business with his wife, started working 70 to 80 hour work weeks, but that also meant increased exposure to the coronavirus.

“I put my entire family at risk so that was the biggest challenge for me because my kids came home from college," he said. "We were short-staffed and it was kind of crazy at night. Coming home and just looking at them, going, 'What am I doing?'"

But he kept his stores open because they are essential customers who flock to GROW for the natural, healthy foods. Fisher said in May, business started to go back to a normal pace, but since the end of July, sales have slowed down.

“Especially in the downtown location because that’s when the enhanced unemployment ended, and we saw it in two days, literally, a 15 percent drop in sales,” he said. “And that money was really crucial to this neighborhood.”

Fisher is also seeing neighborhood businesses shut down and less foot traffic, as local customers move out of the massive apartment complex in downtown L.A.’s arts district, where his store is located.

What he’s seeing is happening across the U.S., where grocery shoppers are starting to cut back on spending because they're hurting for cash, according to market research company IRI.

Unemployment benefits running out is one of the factors.

But Fisher said customers at his Manhattan Beach store, which opened 15 years ago, haven’t changed their spending habits.

"They weren’t as reliant on the enhanced unemployment," he said. "It’s also an older, more established community."


The California Employment Development Department started sending $900 supplemental unemployment benefits to over three million jobless residents on September 7. It’s a lump sum payment to make up for the $300 weekly benefits that ended July 31. State officials said they already plan to send payments for two additional weeks by the federal government, and they're in the process of applying for more benefits, contingent on availability of federal funds.

However, Californians will receive the boost only if they’ve been receiving at least $100 in weekly unemployment benefits from the state and can prove their unemployed status is related to the COVID-19 pandemic.

With the uncertainty of future unemployment benefits, Fisher worries how that will impact his business, especially during the holidays which typically mean big sales for grocers. Ahead of the Thanksgiving holiday, he already ordered turkeys but now anticipates shoppers will want smaller turkeys because of smaller gatherings.

“We really thought when this happened, June would, kind of, be the end of it, and July would get back to normal, and obviously we are now in September and we are going to be here for a while,” Fisher said.

He’s hoping for a return to normalcy by January, but for now, continues to put in long hours at both his essential stores.