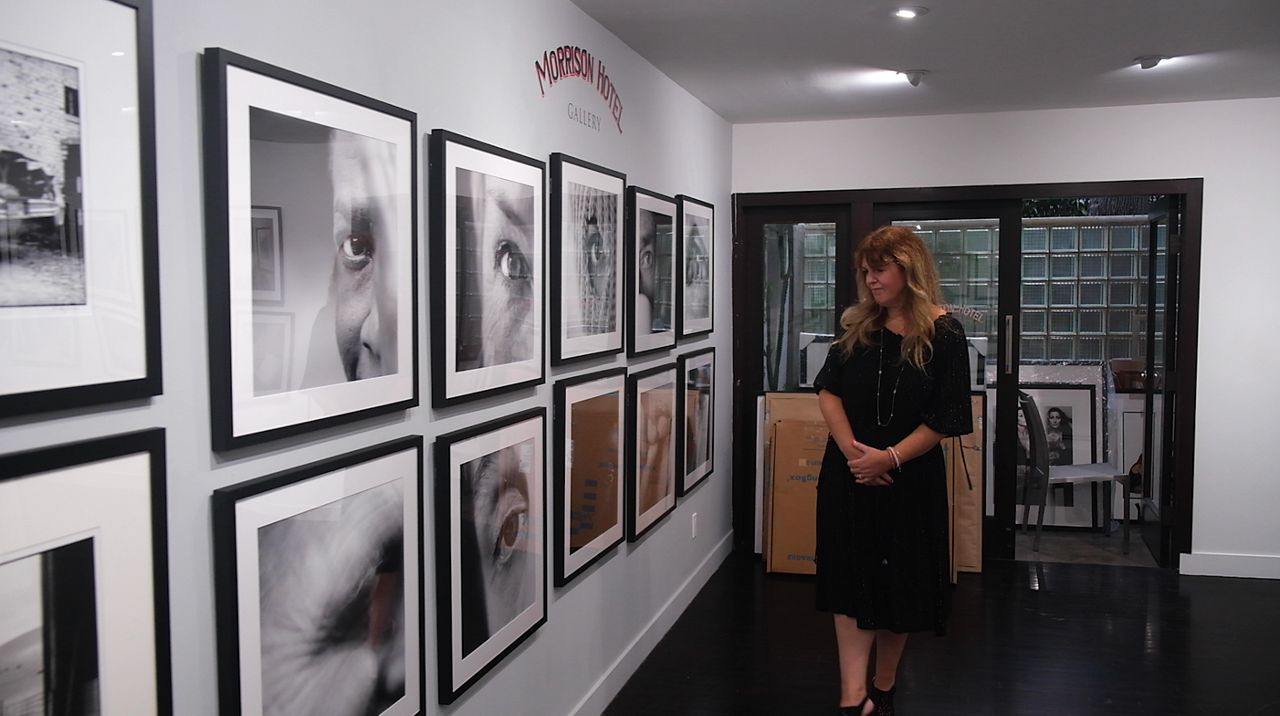 WEST HOLLYWOOD, Calif. — The photo project began nearly 15 years ago when photographer Anna Gabriel was helping her father Peter Gabriel with one of his album designs.

She has collected the photos in a book called “Eye-D: Portraits by Anna Gabriel”.

Gabriel unveiled some of the photographs at the Morrison Hotel Gallery which was founded by Henry Diltz, who named the gallery after his iconic photograph of The Doors. The gallery specializes in fine art music photography.