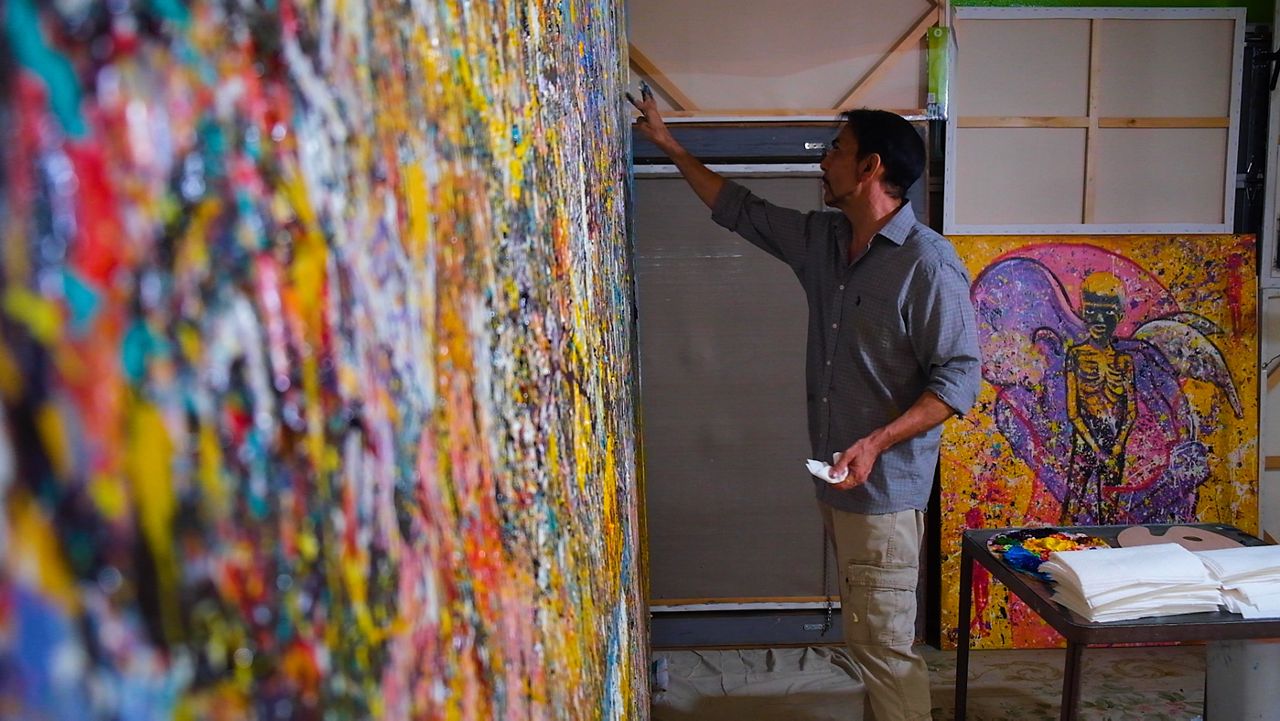 LOS ANGELES — Davood Roostaei was imprisoned in the early 1980s after some of his art was deemed subversive by the Khomeini regime in Iran.

Roostaei left Iran as a refugee, eventually settling in Southern California, where he maintains an international art career.

His painting, "Imagine 2022," is his response to the Russian invasion of Ukrain and is expected to fetch over $1 million, which the artist will donate to Ukrainian war relief.