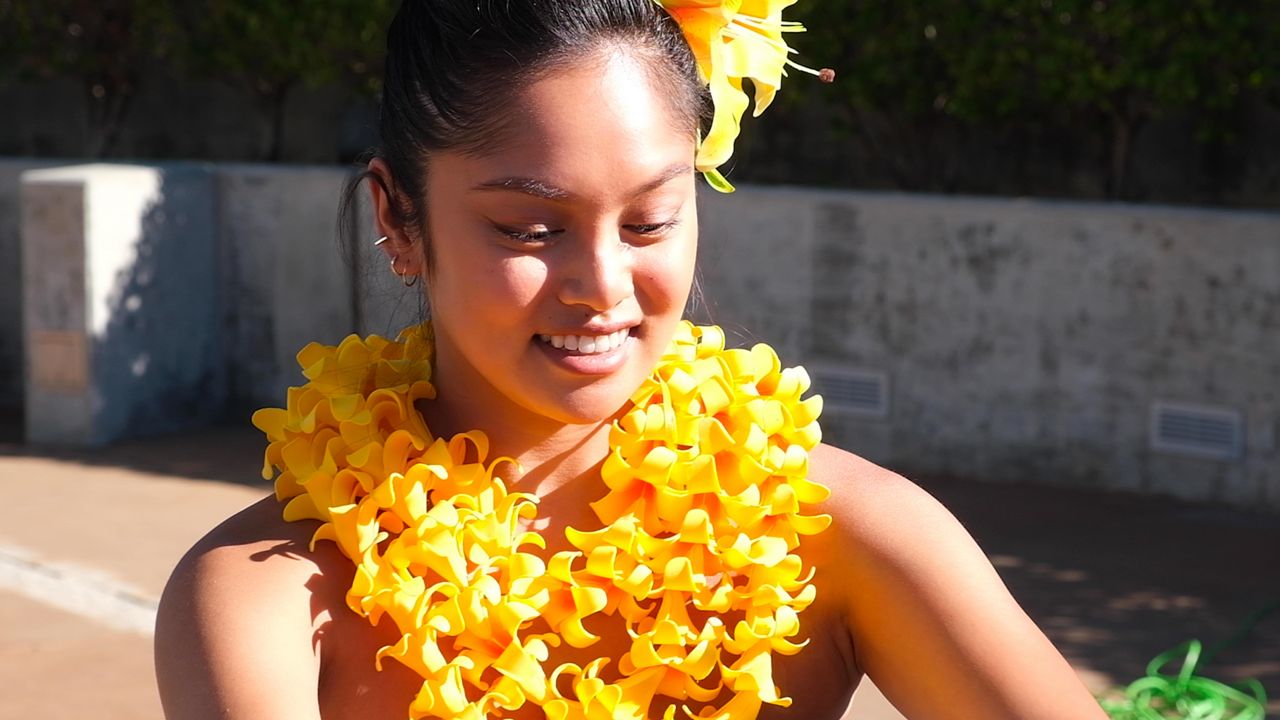 REDONDO BEACH, Calif. — Known as one of the world's leading slack key guitarists, Grammy-winning Jim "Kimo" West is one of the featured performers at the Southern California Slack Key Festival in Redondo Beach, which is now in its 15th year.

The guitar came to the Hawaiian Islands from Spain and Portugal in the 1800s, but Hawaii's indigenous musicians soon made the instrument their own.

"So, they started slacking the strings down to create different tunings," he said. "By lowering the sixth, fifth and first strings down, you can get an open 'G'. So, they figured, 'We like the sound of that better.'"

The festival's founder and promoter, Mitch Chang, grew up in Hawaii listening to these sounds and decided to bring slack key artists to SoCal along with singers and dancers so that mainlanders could enjoy the culture as well.

"I wanted to do it inside of a theater with more controlled sound," Chang said. "Artists like to play with more nuance than you can do outside in a noisy environment." 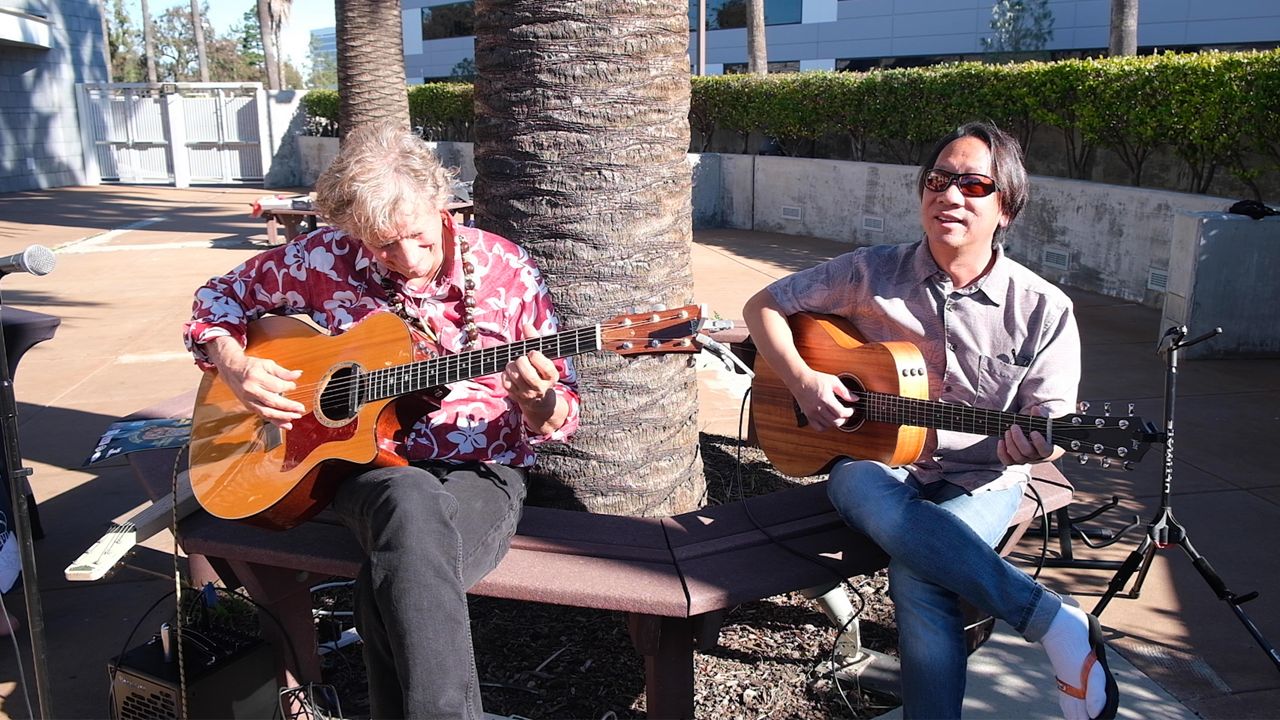 Chang and West say the slack key community is pretty tight, and these festivals are like yearly reunions for the artists.

"[The musicians] kind of bond with each other and when they come here to Redondo Beach in January, and they see the artists, they kind of reconnect and they all have this familiarity and friendships that have been nurtured over the years," Chang said.

The festival also features an island marketplace with tasty treats such as Hawaiian shaved ice and a variety of food vendors such as Rutts Hawaiian Cafe offering traditional dishes from the islands.

In 2020, West won a Grammy for his album "More Guitar Stories," and for him, the Slack Key Festival is also one of the highlights of the year.

"It's always a great hang backstage because everybody's like, 'I haven't seen you for so long, brah!'" West said. "Everybody's jamming and playing. So, there's a whole other thing going on backstage in addition to the show."

The event features some of the biggest names in Hawaiian music, and having them together at the Southern California Slack Key Festival is one way to take a trip to the islands without ever leaving home. 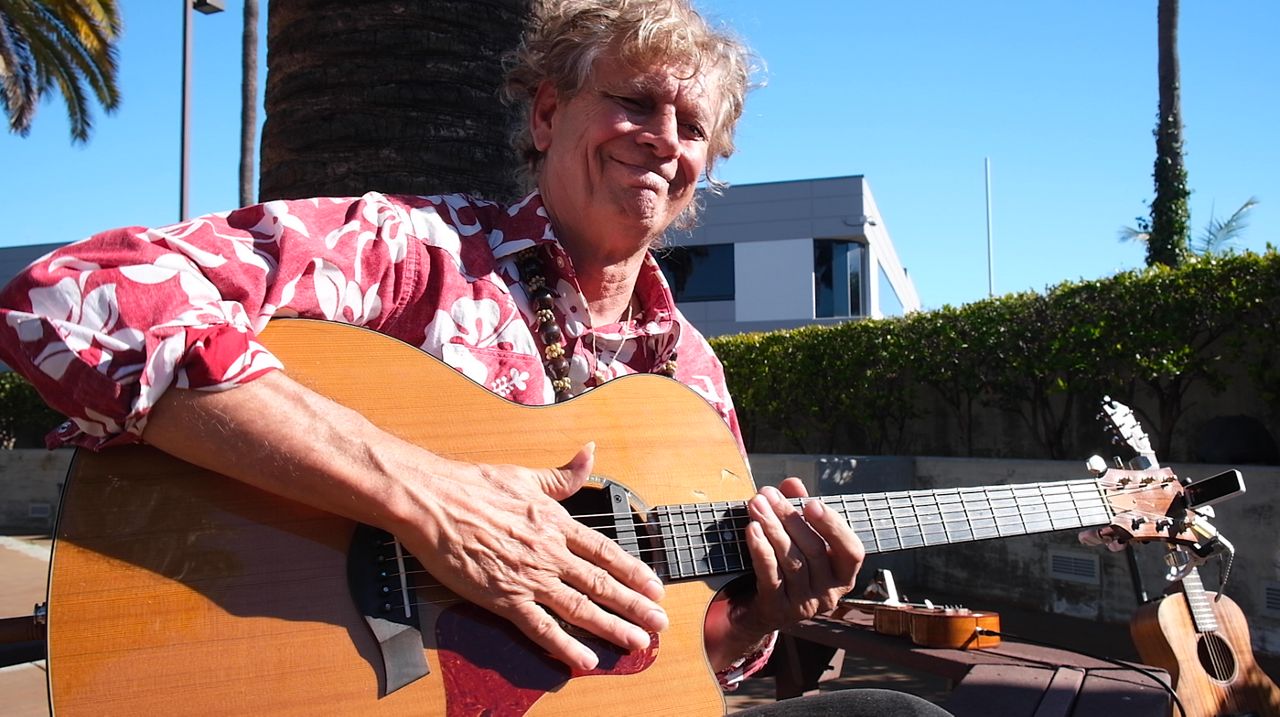