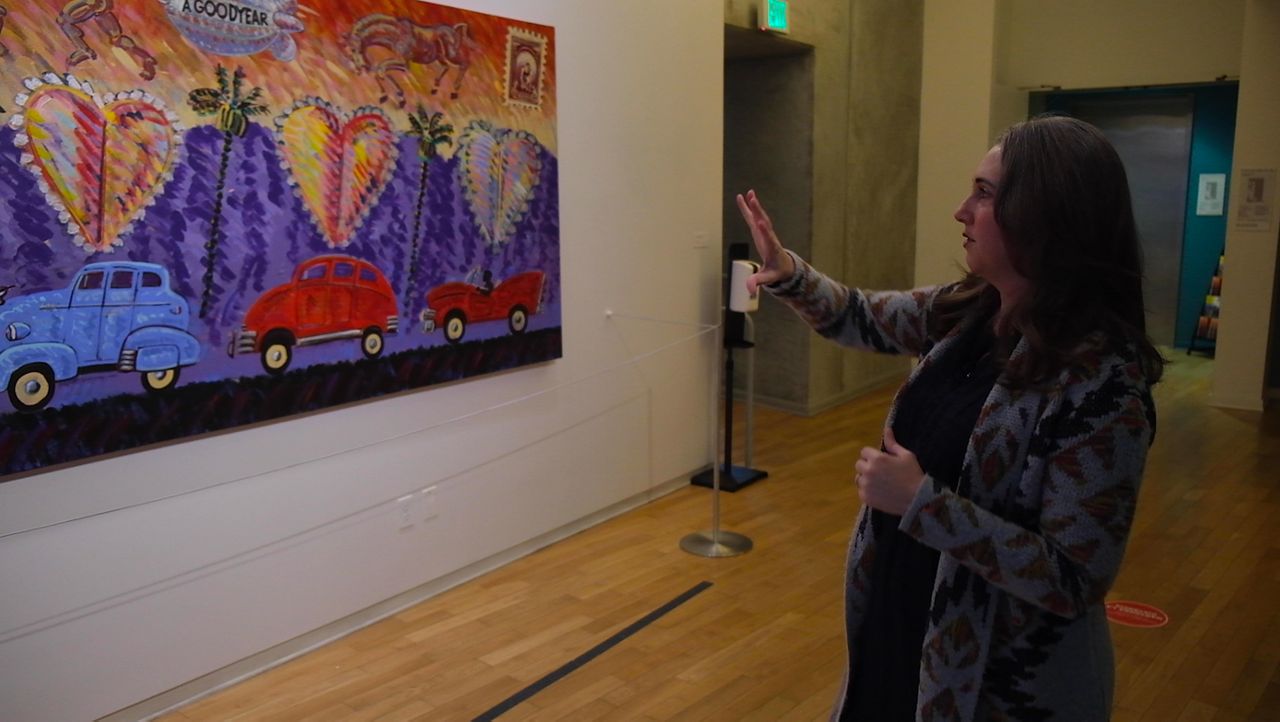 EDITOR'S NOTE: This story has been updated to explain why the murals are disappearing. (Dec. 25, 2021)

LOS ANGELES — Along the north wall of the 101 Freeway there was once a mural called “Going to the 1984 Olympics,” painted by artist Frank Romero. Time has not been kind to the mural and only a tiny piece remains visible now, peaking through gray paint and graffiti. But if you walk a couple of blocks, you can see the Romero’s 2011 recreation of the mural at LA Plaza de Cultura y Artes where Karen Crews Hendon is senior curator.

“People stand here for a while and kind of feel the energy that [the painting] imbues because you can feel it,” said Hendon.

Hendon said the painting, which depicts a procession of cars driving to the Olympics through a vibrant LA landscape, shows the vibrancy characteristic of the Chicano art movement of which Romero was a leading figure. She said having the painting at LA Plaza is kind of a homecoming.

“It’s particularly special to us because this is on a north wall. And the north wall of the 101 Freeway just walking distance from here is when he painted it in 1984, for the Olympics,” said Hendon.

Romero was a member of Los Four, a powerful voice at the height Chicano art movement of the '70s and '80s.

Part of the socio-political component also lies in the symbolism Romero includes in the painting like an old-fashioned iron often seen in Latino households, and the references to car culture, which figure prominently in the Chicano experience in LA.

“It is the type of symbols that are within that makes it uniquely different unlike any other kind of art movement,” explained Hendon.

LA Plaza published “¡Murales Rebeldes! L.A. Chicana/Chicano Murals Under Siege” to raise awareness about LA's murals at a time when much public art is disappearing through neglect or being painted over.

In the case of Romero's original mural, both CalTrans maintenance work and taggers covered over the work but Karen Crews Hendon said at least with the 2011 painting the spirit of the work can live on.

“It's really sad that this major artists and this major piece is no longer on the side of the freeway,” Hendon said. “But it's a major significance that is coming to LA Plaza. It's basically back in the neighborhood.” 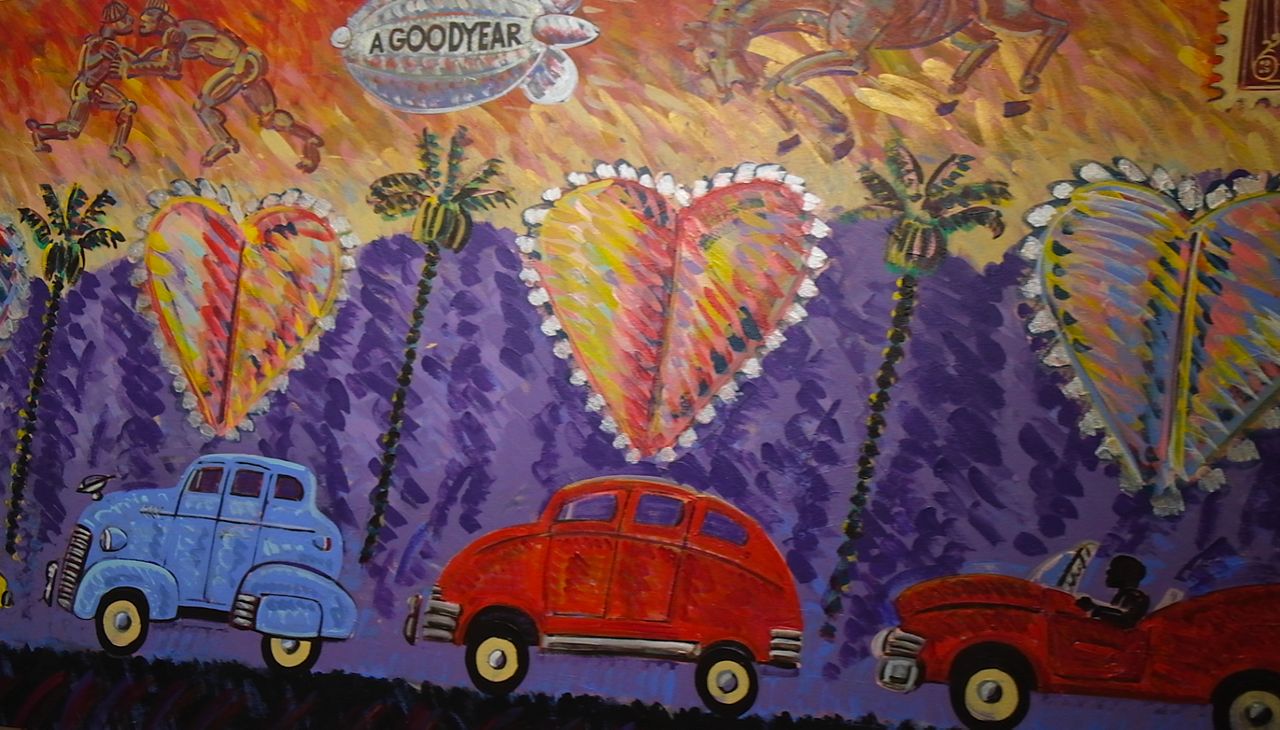