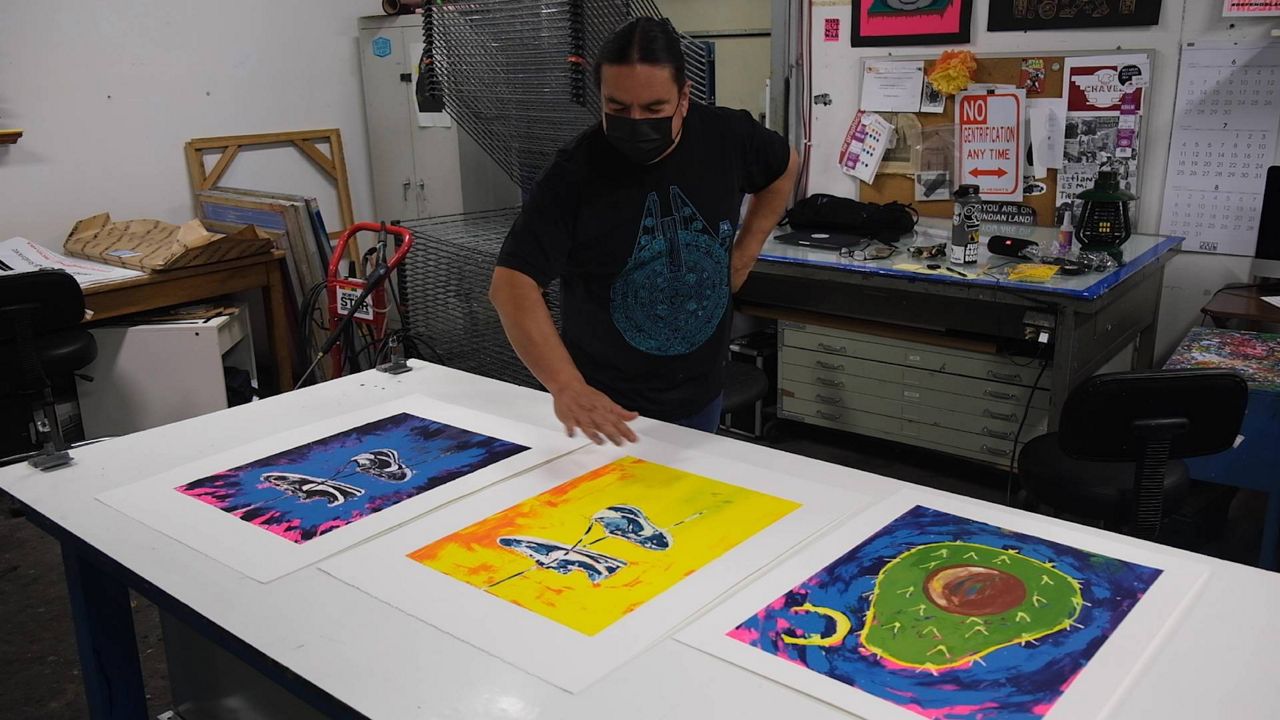 LOS ANGELES — For decades, Self Help Graphics has been an essential part of the Chicana/o and Latinx artistic communities in East Los Angeles.

Like many nonprofits, however, lack of funding can make survival a challenge.


Soy Artista, one of SHG’s summer youth printing programs, is in full swing, and despite high temperatures, students have been continuing to come and learn to print their designs onto T-shirts. Since 1973, Self Help Graphics has been an important hub for developing artists, including master printer Dewey Tafoya, who has been involved for over two decades.

Tafoya has seen how important SHG has been in nurturing Chicana/o and Latinx artists and providing a space for the intersection of the arts and social justice.

“I've actually seen artists come and then their siblings come,” Tafoya said. “It's really great to see that development and then even seeing them as adults creating art and doing things and still kind of having that link to Self Help Graphics, or they come back, and some of them now are teaching artists themselves.”

When Tafoya first came to SHG, he didn't call himself an artist. He was a Chicano studies intern but soon caught the printmaking bug, and now, 20 years later, he was recently appointed to assistant director of printmaking.

"It's therapy," he said. "It helps me say what I want to say, and being a person of color, a lot of those things are current issues of what's going on. And unfortunately, there are issues that keep on repeating themselves."

The SHG studio is housed in a 110-year-old former fish packing plant and needs upgrading. For one, the lack of air conditioning makes it difficult to work during the hot summer months, and extreme heat is also bad for the artworks.


But this past June, Executive Director Betty Avila was happy to announce some major funding: a $1 million donation from billionaire Mackenzie Scott and a $4 million allocation from the State of California. Scott, who is Jeff Bezos’ ex-wife and was instrumental in the founding of Amazon herself, recently gave away billions of dollars to a range of charities and organizations.

“We're so excited to be receiving this kind of investment,” Avila said. “Self Help Graphics is an organization that, over the years, has often dealt with not having enough resources and still having to really push to create the community impact that we're known for. To be able to have these resources and really build out the home that Self Help Graphics deserves is such a huge, tremendous step for the organization.”

The money will go into continuing the arts programs here but also into the much-needed building upgrades. Tafoya noted that much of the printing equipment is old as well and needs replacing. And then there's the temperature issue.