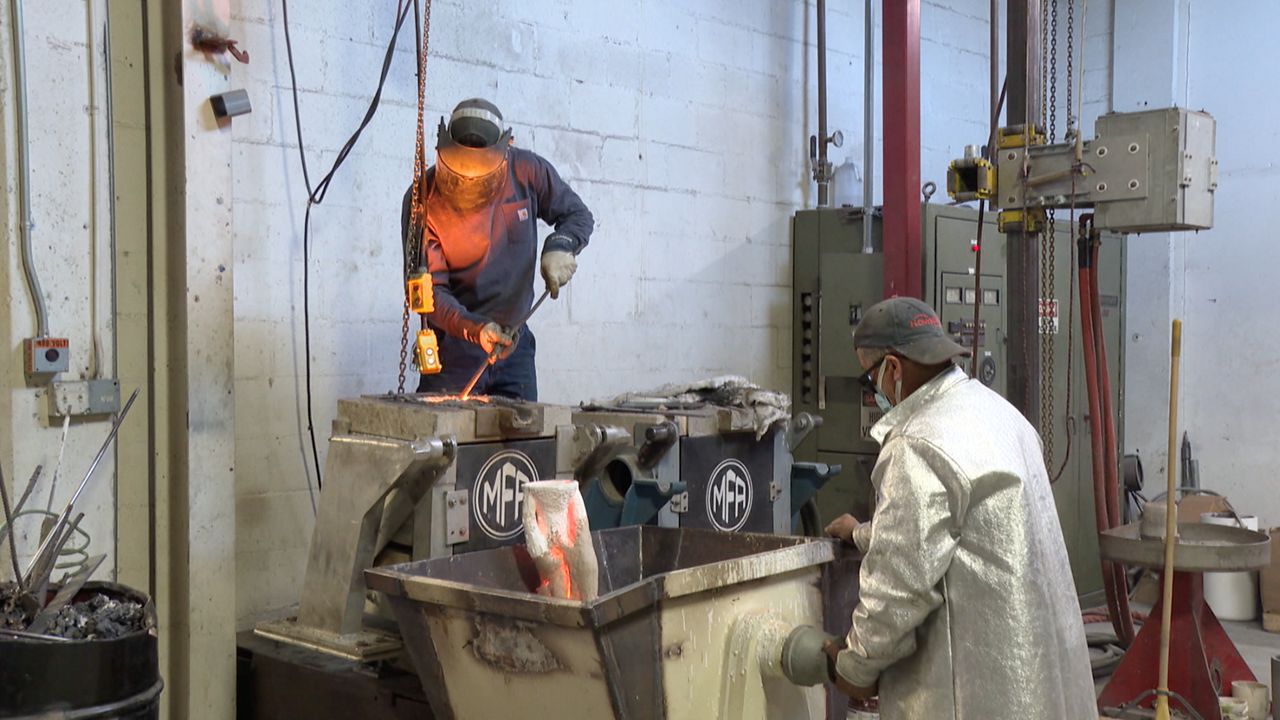 LOS ANGELES — California law states that guns taken by the sheriff's department have to be destroyed, but that doesn't necessarily mean they end up in the garbage.

"I swore that I wouldn't become an artist having seen the struggles that they encountered growing up," Ryan said.

He first went in the exact opposite direction, which involved doing industrial metalwork on fuel storage facilities and even underwater welding for the Navy. Then, 10 years ago, he decided to stop fighting and come back to his roots.

Now artists pay Ryan to bring their ideas to life.

"It's more a labor of love than a get-rich conversation," Ryan said.

The artist is Lin Evola. She aims to create 12 angel sculptures and a 64-foot monument in downtown Los Angeles. It'll take time to gather all the necessary materials because every piece is made from melted weapons.

"I cannot even express to you in words how it feels. I am grateful every time I see death turned into life," Evola said.

In the batch melted down in May, there were about 30 handguns all from the Los Angeles County Sheriff's Department. They were either involved in a crime or surrendered.