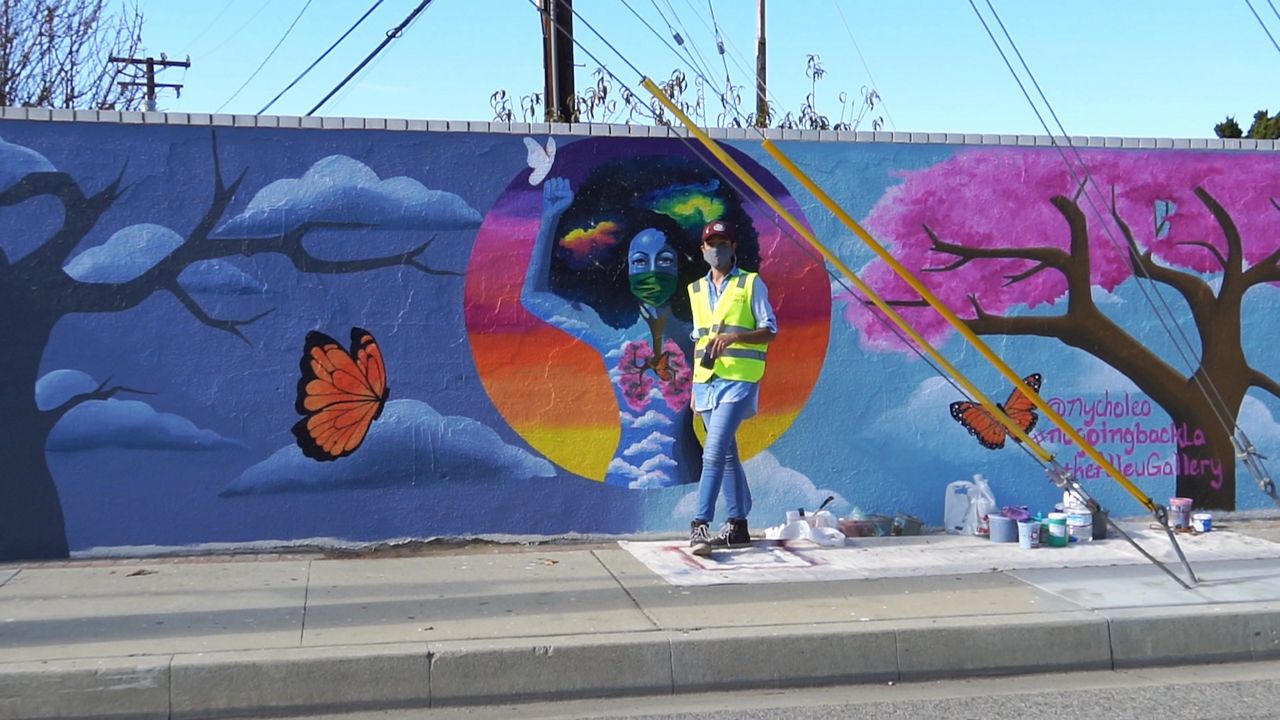 POMONA, Calif. — When you start with sketches and outlines, it's tough to imagine what a mural will eventually look like until it's almost done. Artist Nychole Owens is putting the finishing touches on her new mural and is happy with how it's turning out. She's been an artist her whole life, but this is the first mural she's ever painted.

"I got to admit, when I first started, I was a little nervous," Owens said. "But as soon as I got to the wall and just focused on painting, all my nerves went away, and I just got engrossed in doing the art."

Owens is painting for No Going Back LA, a movement dedicated to confronting anti-Black racism through the power of art. At a time when 62% of artists lost full-time work due to COVID-19, they thought the best way to spread the message is by supporting women artists like Owens and giving them a platform. To a muralist, that's a blank wall. 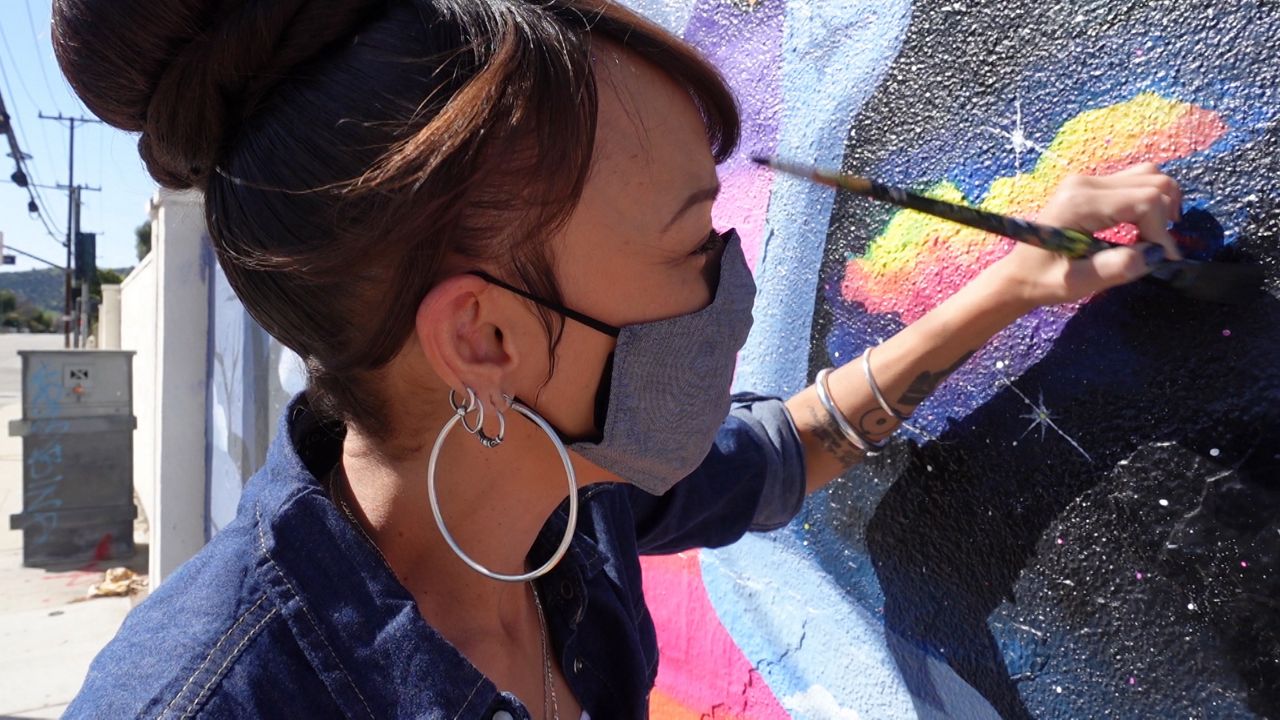 "I already had some students from the school right next door message me and say they really love the message, so it's really deep in my belief that art really brings people together," Owens said.

Another tool they're using to bring people together is through virtual conversations, so Owens also participated in a moderated panel called Art4[CHANGE], where she talked about growing up wanting blonde hair due to the lack of representation on the canvas. 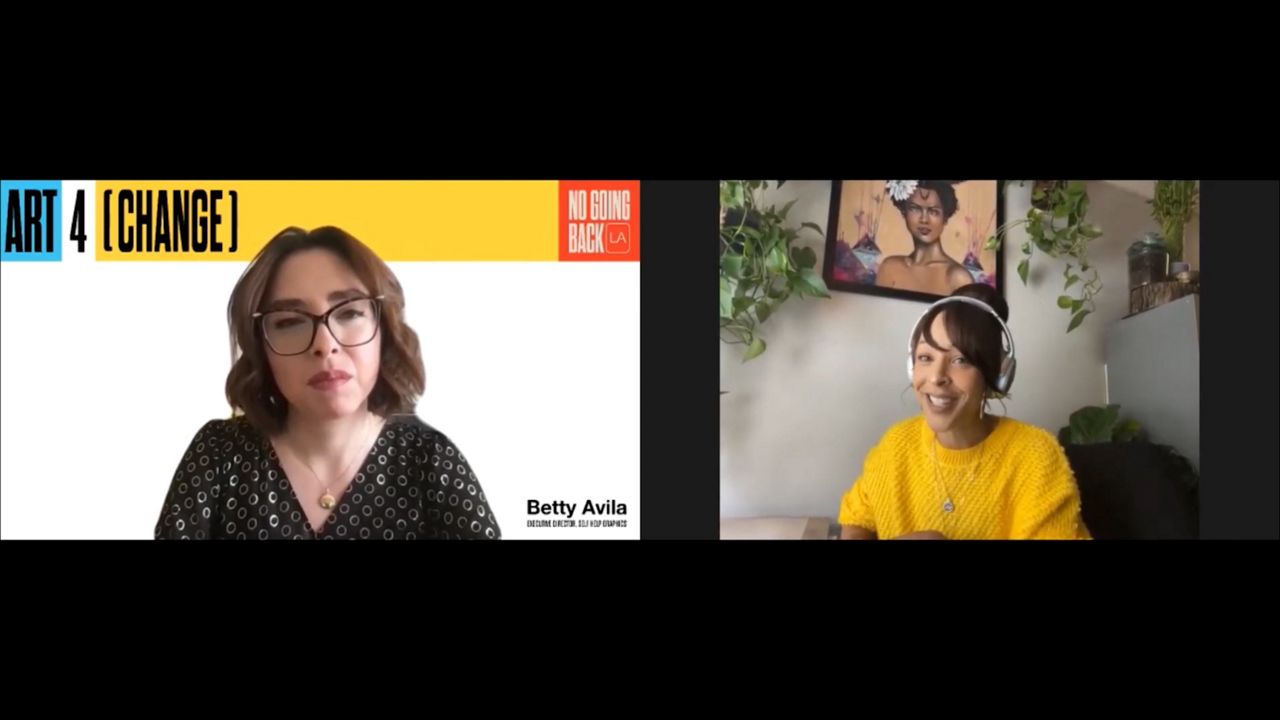 "One of my first ever artists I was exposed to was Norman Rockwell," Owens said. "I had a big ol' book, and I loved everything about his paintings, but there was no one that looked like me in those paintings, and so I thought if I had long blonde hair, I would look like what I'm seeing in this book."

Instead, Owens decided to create images that reflect her reality so others like her can also see themselves. For her, art can fight anti-Black racism in subtle but powerful ways. 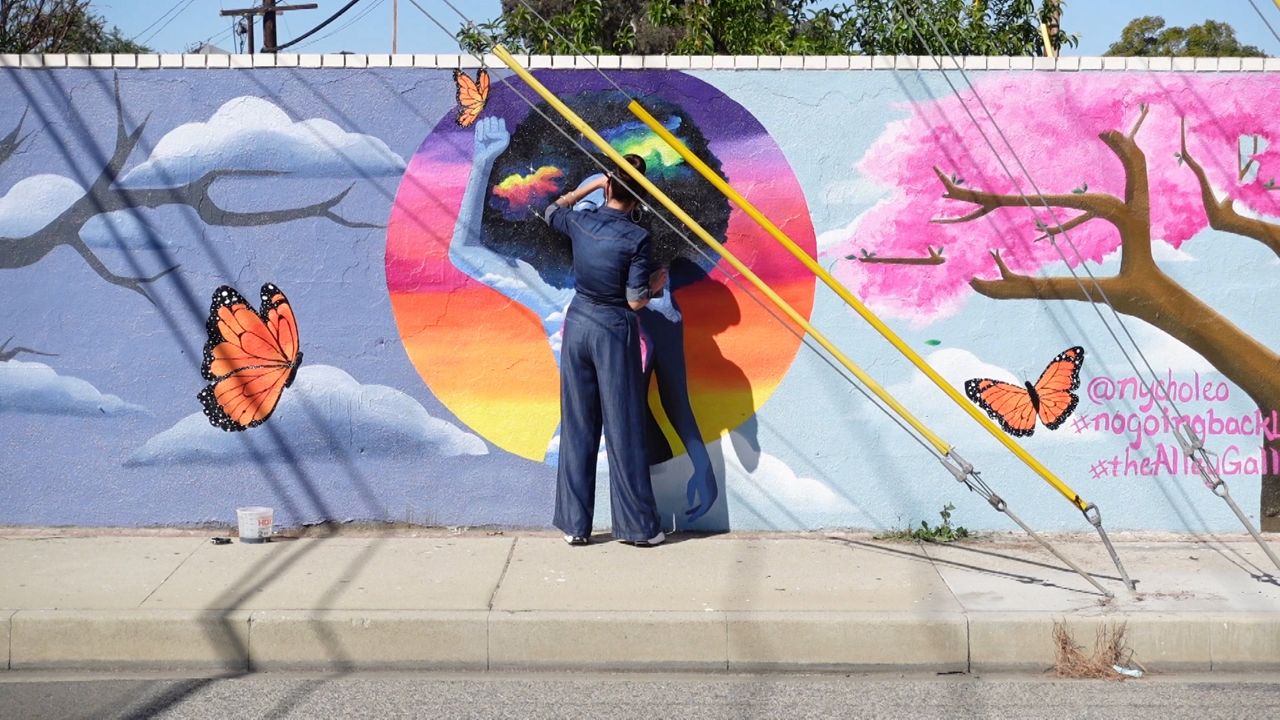 "For me, art is the best way to kind of channel those different feelings and raise awareness to certain issues that we may not have words to verbally express, but we can express in other ways," Owens said.

Karlo Marcelo is an activist for No Going Back LA, which was inspired by a report produced by The Committee For Greater LA. 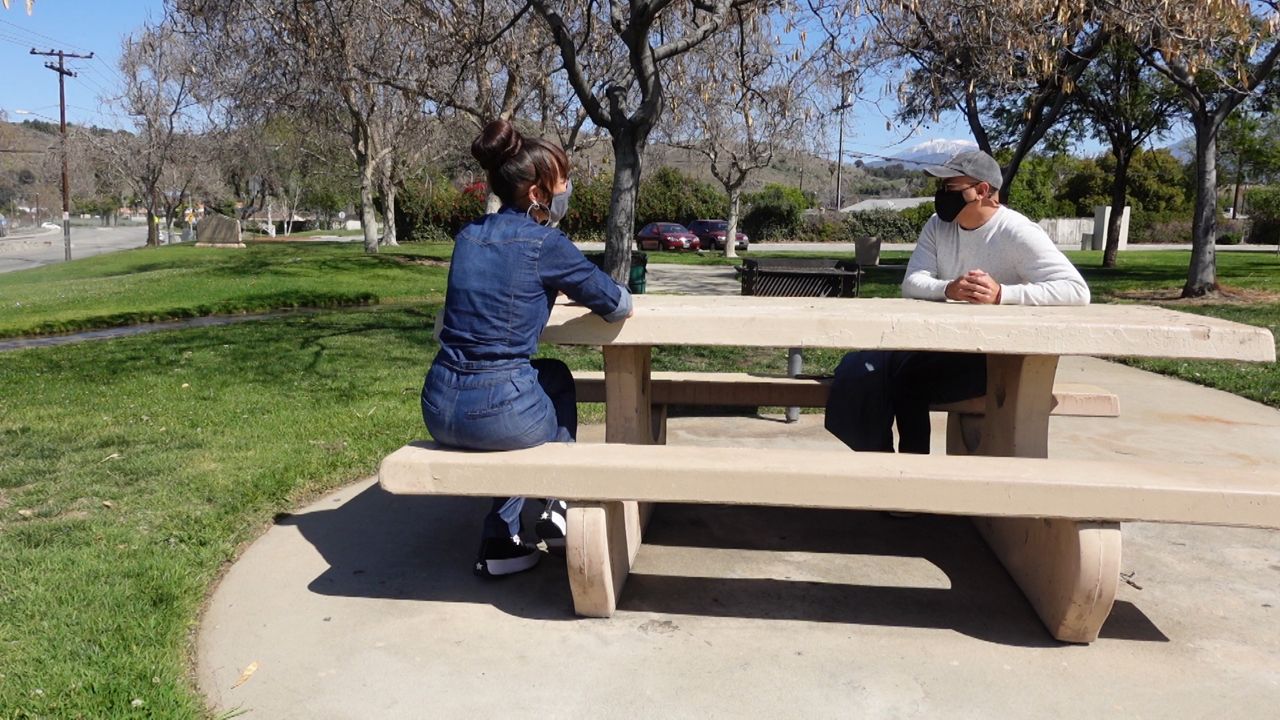 "Galleries are closed. Showings aren't happening as much as they used to be," Marcelo explained. "Yet, women of color here in Los Angeles have things they want to share and express about what the future holds, how we can emerge and come out of this."

Fighting racism with art takes allies and support, and Owens is glad to see more equity and inclusion in the space of street art.

"It means to me that my voice and my vision [are] important," Owens said. "I would suggest to others that are creative to keep going because your voice is important."