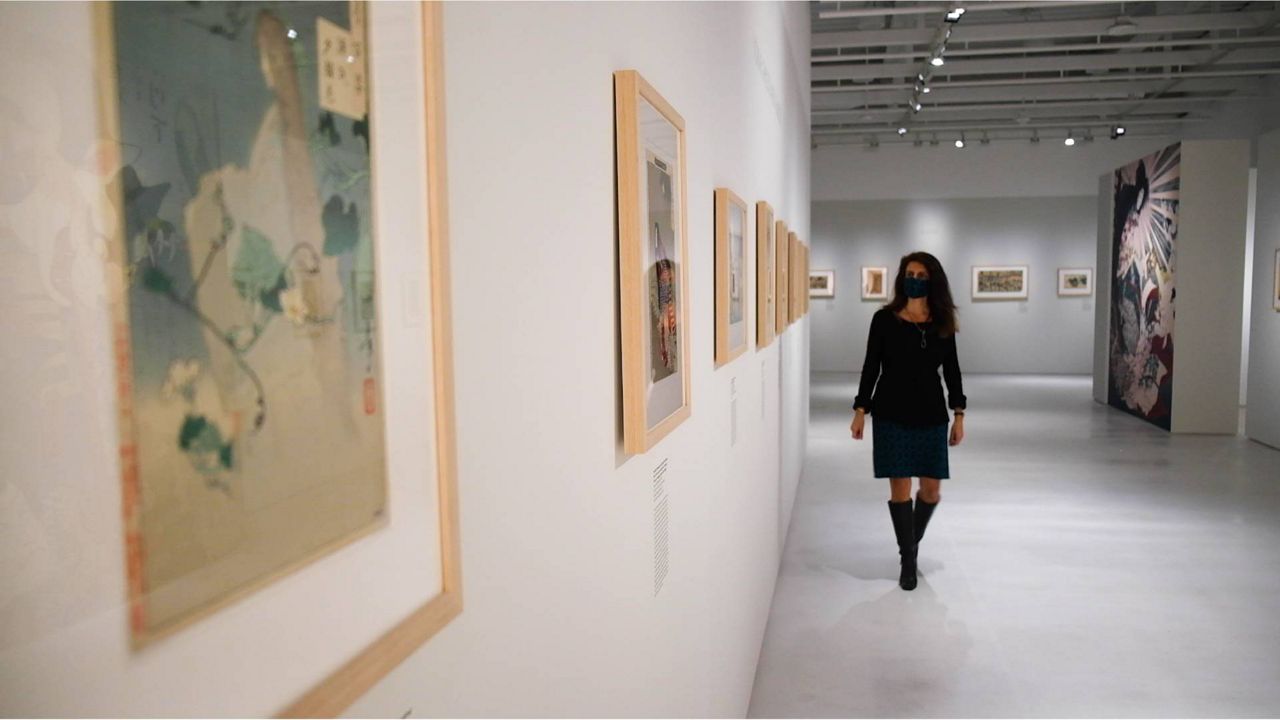 The current exhibition at Japan House L.A. is a project of the Japanese Ministry of Foreign Affairs called Nature Supernature, which takes a look at some of the masters of the Japanese woodblock print.


“With this exhibition, we're hoping to connect many of the themes and beliefs about nature and the supernatural realm that have existed for hundreds of years in Japan with the present day through prints that were created about 100 years ago," said Meher McArthur, art and cultural director of Japan House L.A.

Woodblock printing emerged out of early Buddhist practice and later became secularized by publishers throughout Japan. The process is labor-intensive, and uses tools to carve designs on woodblocks. Colors are printed layer upon layer to create complex images.

One of the prints included in the exhibition comes from Hiroshige, one of Japan's most famous artists, and shows villagers fleeing from a sudden rainstorm in 1857. It conveys the heaviness of the rain on the figures running for cover on a bridge.

“[Hiroshige] depicted the rain lashing down onto them,” said McArthur. “You can feel the heaviness, the intensity of this rain.”

This observance of the human experience of nature is central to many of the exhibition's prints, but also important is how the supernatural world is interwoven into these experiences.

"For many centuries, the Japanese have believed that there are 'Kami,' or deities, that inhabit every aspect of nature,” McArthur said. "[Kami] inhabit waterfalls, mountains, trees."


The exhibition features over sixty prints culled from the Scripps College collection in Claremont, works from masters like Hiroshige, Hokusai, and Yoshitoshi. McArthur referred to a Yoshitoshi image of a ghostly woman surrounded by vines as an example of the meeting of two worlds.

“The artist beautifully interweaves nature and supernature in this print,” she said. “It's a really stunning example of the Japanese belief that these two worlds are interconnected.”

Beyond the cultural significance of the prints, Meher noted that the exhibition gives us pause to think about the environment at a time when it continues to be a growing concern.

“Hopefully, we can be reminded very beautifully by these prints our interconnectedness with the natural world and how we have to respect it and treat it well so that we can live well in this world as well,” said McArthur.