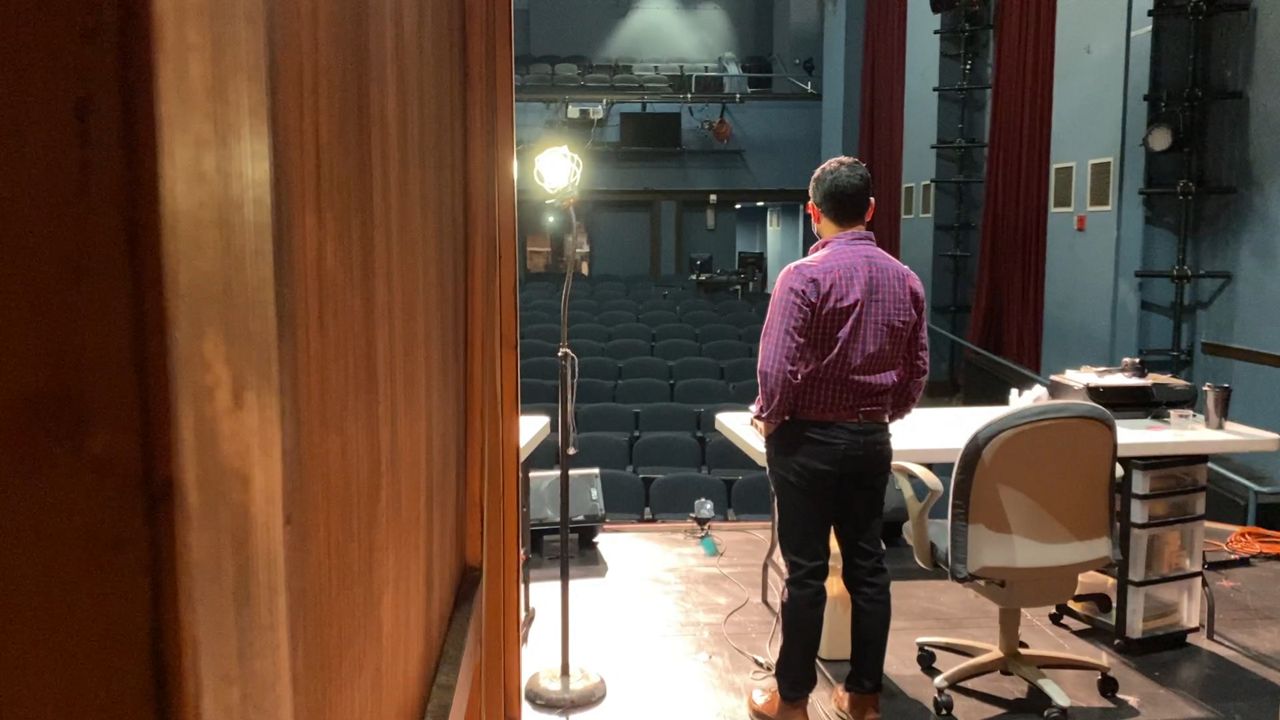 A Year After Going Dark, East West Players Focuses on the Future

LOS ANGELES — The prop shelves are oddly empty, but the hallways backstage at the David Henry Hwang Theater are packed with boxes.

“This is all sanitizer,” Snehal Desai said, flipping open a cardboard to reveal rows and rows of clear bottles. “We have a whole PPE closet now.”

So much has changed for East West Players (EWP) this year. The Little Tokyo theater company used the extended pause in production to take on some projects they hadn’t had the space or time to do pre-pandemic, like putting in a new sound system.

But one thing that hasn’t changed is the set, which remains kind of frozen in time. One year ago, the company was in the throes of tech week for a production of Assassins. 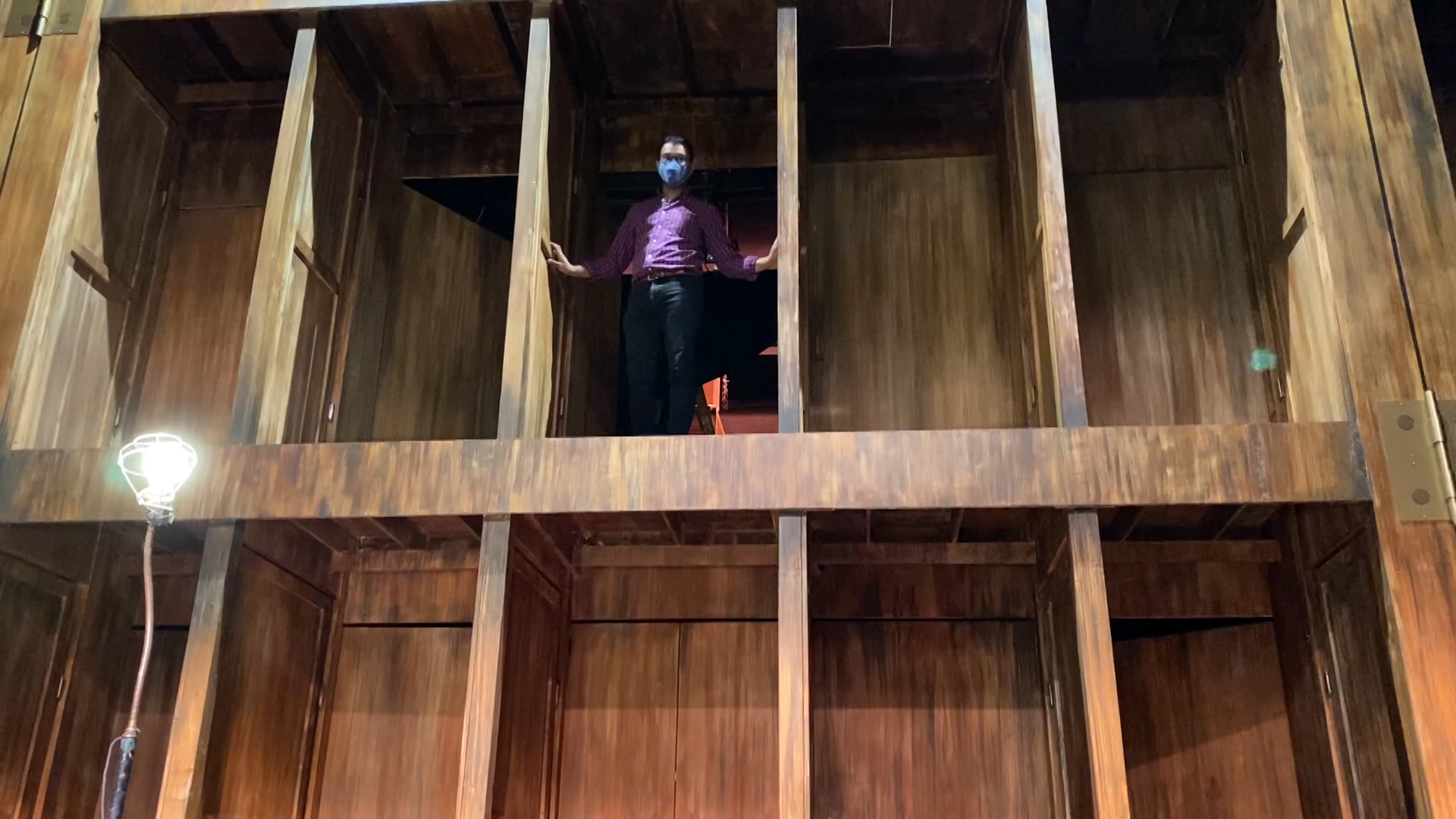 “The last time we were here, the building was teeming with folks,” Desai said, referring to the last time Spectrum News 1 had been inside the theater, in March of 2020. “There was the energy about going into previews, so now it just feels a little…it’s very quiet.”

Previews for that show were set to begin on March 12 and Desai, EWP’s producing artistic director, says he and the cast spent that week adjusting plans faster than they could make them.

“I joke that we want to ban the use of the word 'pivot' from now on,” he said, recalling that they didn’t just have a plan B but a C, D, and E, all the way through J. “It wasn’t even just day-by-day or week-by-week, but it was literally hour-by-hour if we remember.”

Until it was clear: they would not open.

Hours before their first curtain, Broadway went dark and most theaters in L.A. shuttered their doors as well. Assassins was shelved, save for one performance that weekend for an invited audience of friends and family.

Alone in his apartment one year later, actor Arvin Lee starts leafing through his script from the show.

“Oh this is making me so sad,” he said in a voice filled with nostalgia.

Lee would have made his EWP debut in Assassins, and to be honest, he’s not really over it.

“I feel like I went through denial and then grief and then anger,” he remembered. “There were definitely tears.”

It’s been a tough year for actors. Few opportunities, lots of self tapes. But Lee is hopeful that we’re finally turning a corner and pleased to learn that his last set is still standing. 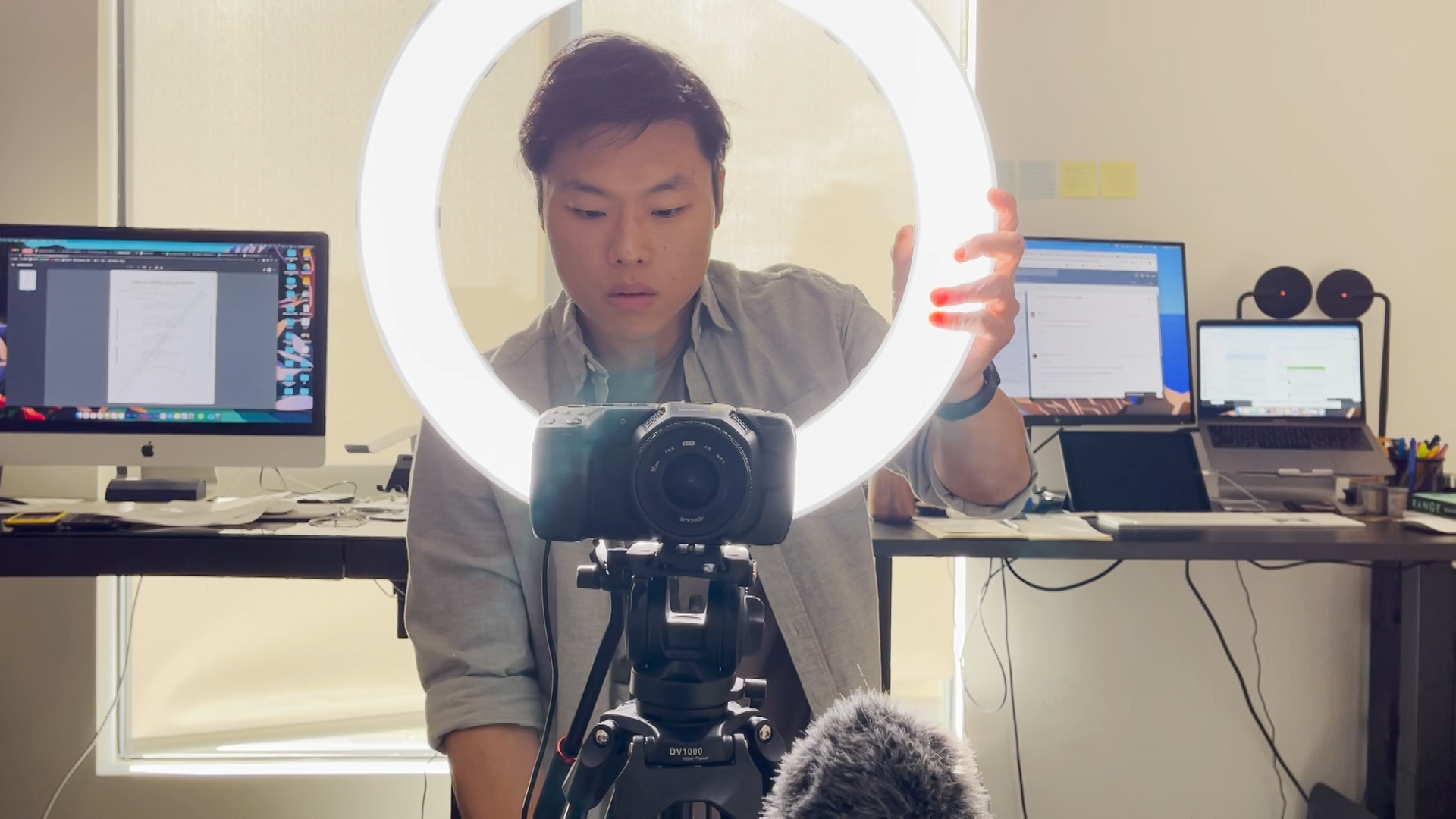 Actually there are many reasons why the set remains. For one thing, Desai would love to use it again.

“It was expensive, a very expensive set!” he laughed.

Also dismantling it would require a crew of people working closely today, an unnecessary risk at the moment.

Plus, Desai sees its presence as a reminder “...of where we were before this moment, how resilient we will be and have been, and where we will go after.”

Where they will go after the pandemic is complicated question that depends on many factors beyond EWP’s control. When will officials say it’s safe? When will audiences feel comfortable returning?

In the meantime, they’re in the midst of an ambitious digital season full of productions carefully chosen to address the moment. With hate crimes against Asian Americans on the rise, Desai says it’s been hard on the EWP family to not be able to come together to discuss the issues and process their feelings.

However, they did launch a digital series called East West Wednesday.

“We talked about racism and prejudice in the Asian American community, but also we talked about thriving and how to have joy in this moment,” he explained, referencing the conversations streamed on Facebook and YouTube. “And I think we look forward to when we can reopen, what does that look like in terms of our social activism.”

That won’t happen tomorrow. He’s not even sure it will happen this year. But it will happen and even if the set stays the same, Desai expects the people who enter this space will have been changed.

A year after going dark, he’s optimistic that light at the end of the tunnel is getting nearer. 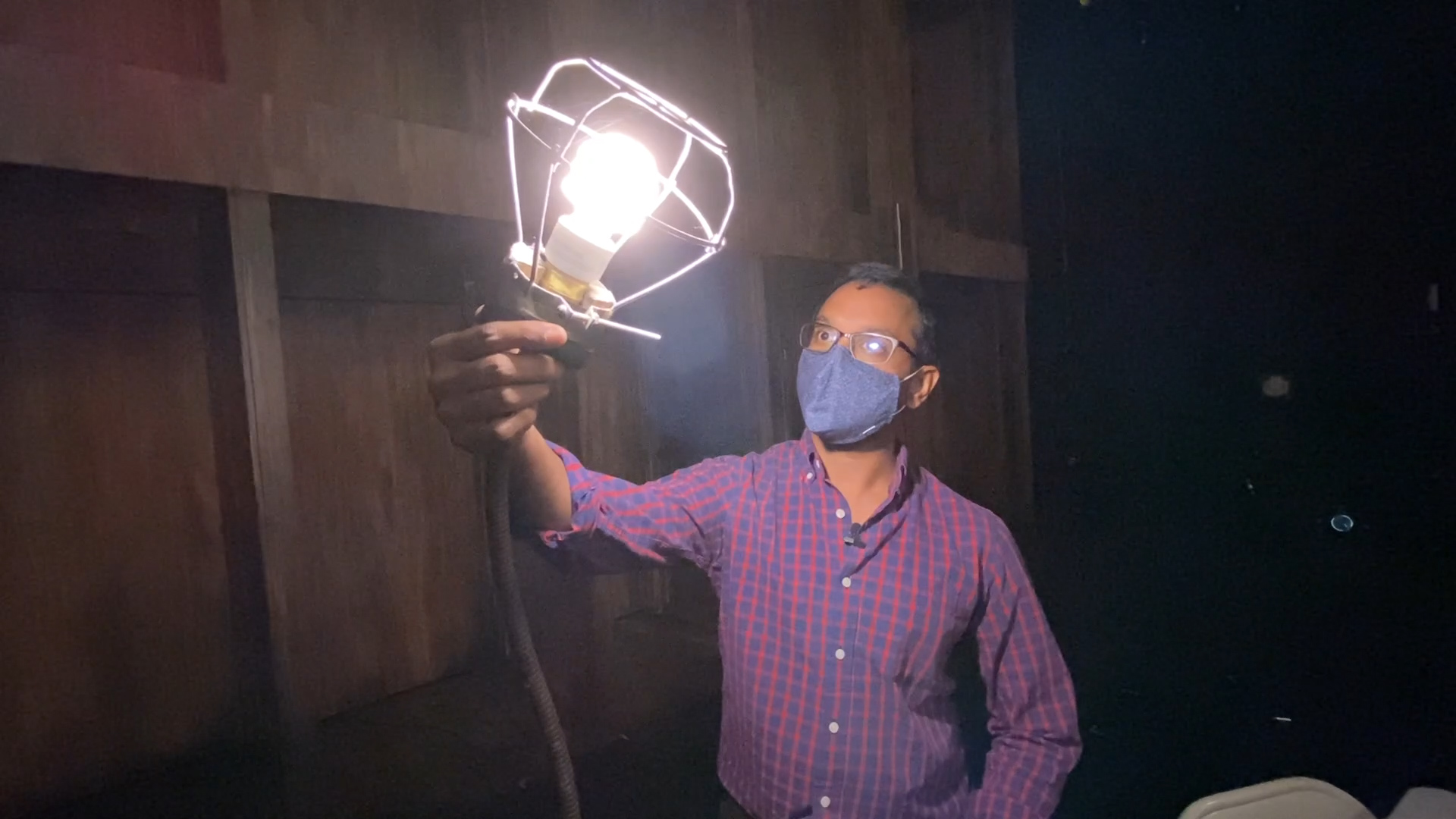