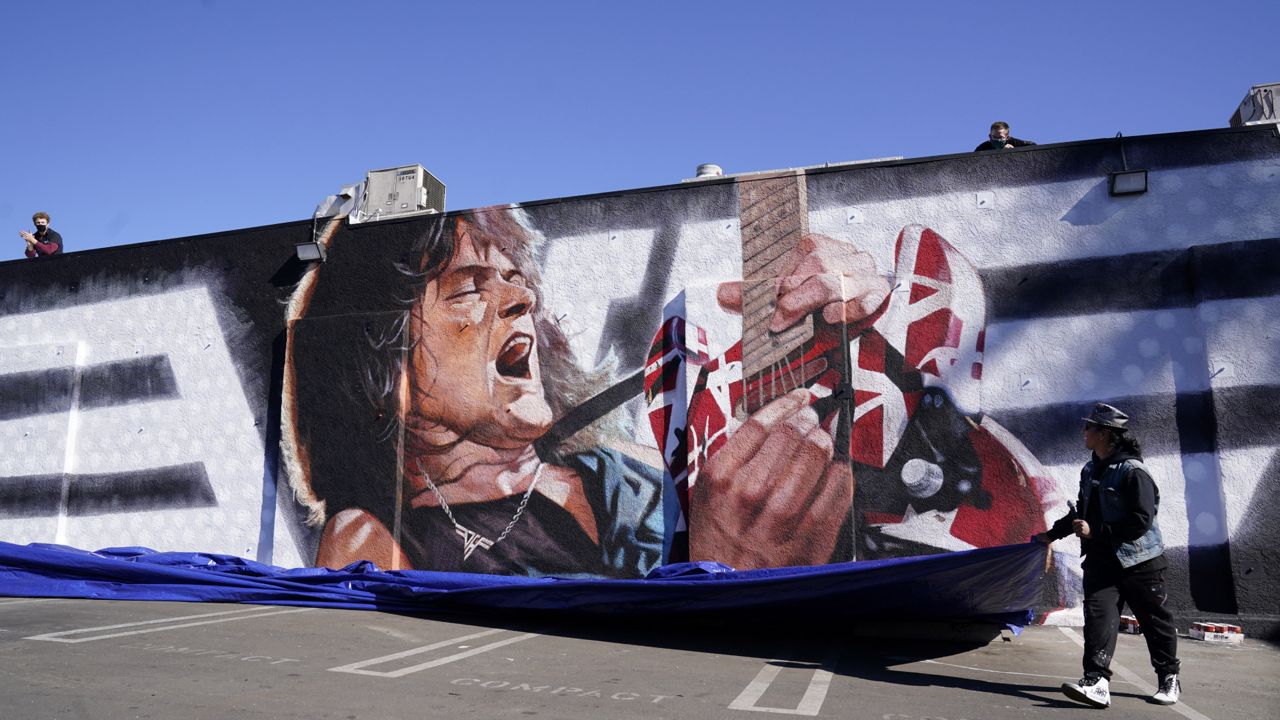 An avid Van Halen fan himself, Vargas’ larger-than-life mural work can be seen throughout Los Angeles, as he has paid tribute to several L.A.-based bands before, including The Doors.

After Van Halen died of cancer last October, Vargas approached the Guitar Center with his mural idea. He said it took twelve days to complete the large-scale painting and was done freehand without the use of gridlines which are often used for work of this size.

Van Halen is admired for his guitar virtuosity and innovation, but Vargas said he wanted to capture the pure joy that the musician conveyed while playing his signature Frankenstrat guitar on stage.

“I wanted to capture the essence of Eddie in the moment,” Vargas said. “In his creative spirit, when [Van Halen] was at the height of their powers. Just the mighty Van Halen ruling the world and setting it on fire.” 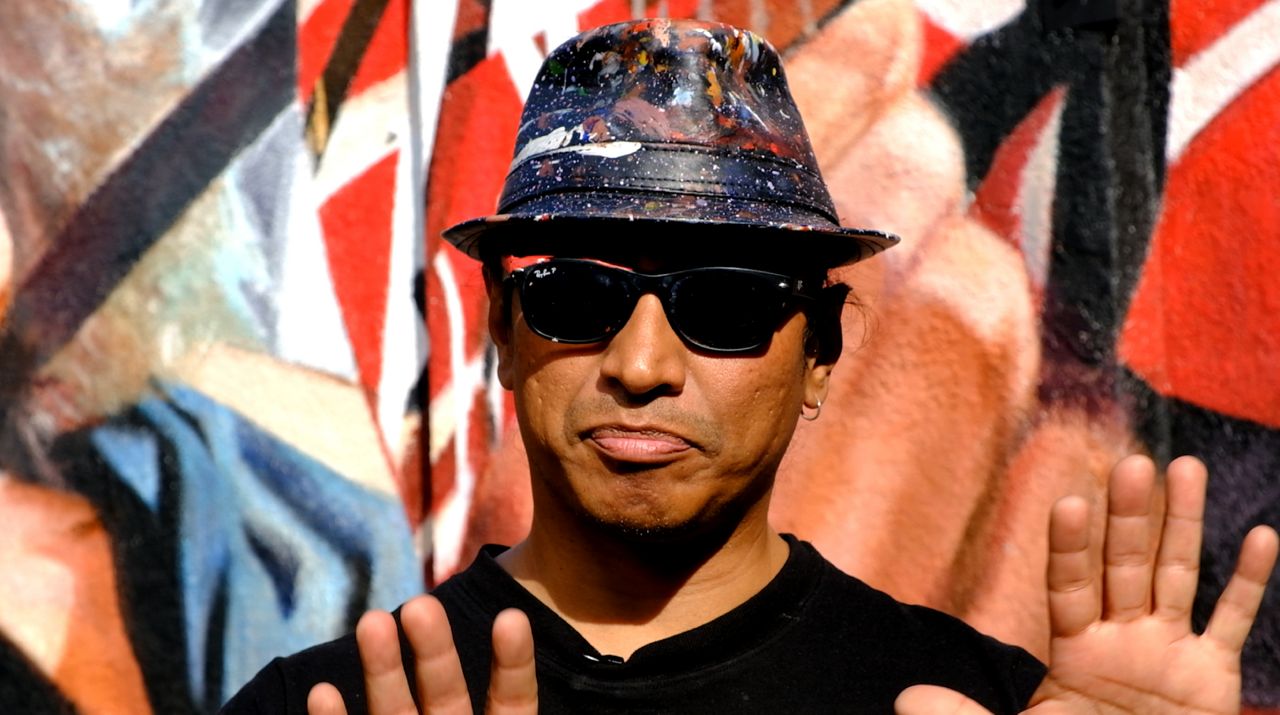 Vargas chose the Guitar Center location, as it is already a mecca for L.A.’s rock and roll scene.

“There was no better place than here at Guitar Center where his hand prints are out front,” he said. “And the Frankenstrat is right in one of the glass cases, which was also one of my references when I started painting the guitar.”

Randy, who drove in from Santa Barbara to see the mural, saw Van Halen at the Whisky a Go Go in 1977 just before the band released their first album.

“My hair is kind of standing up right now,” Randy said while taking in the mural. “Eddie was such a talented artist and [Vargas] has blown me away to have the vision to be able to take a bare wall and make that. I mean, it's like dead on perfect. Everything that went on in my life, [Eddie] was part of. His music always just brought me through.”

Even in our Instagram age, fans are turning out to see Vargas’ mural in person, as a pilgrimage to their musical hero.

“It's a mural to be experienced,” Vargas said. “I believe that people from all over the world are going to be coming to Hollywood specifically to see it.”

Vargas said he does not like to focus on the loss of one of his beloved musical idols, but rather on his legacy. His mural is now part of that legacy and the fans who have come to see Vargas’ mural agree.