LOS ANGELES — When faced with what could be dangerous confrontations, law enforcement officers have split seconds to assess the situation and make life and death decisions. Sometimes, the decisions result in tragic results.

When Harper’s Bazaar published a list called Trigger Warning in 2016 that included 23 objects that police mistook for guns, artist Cara Levine was appalled. 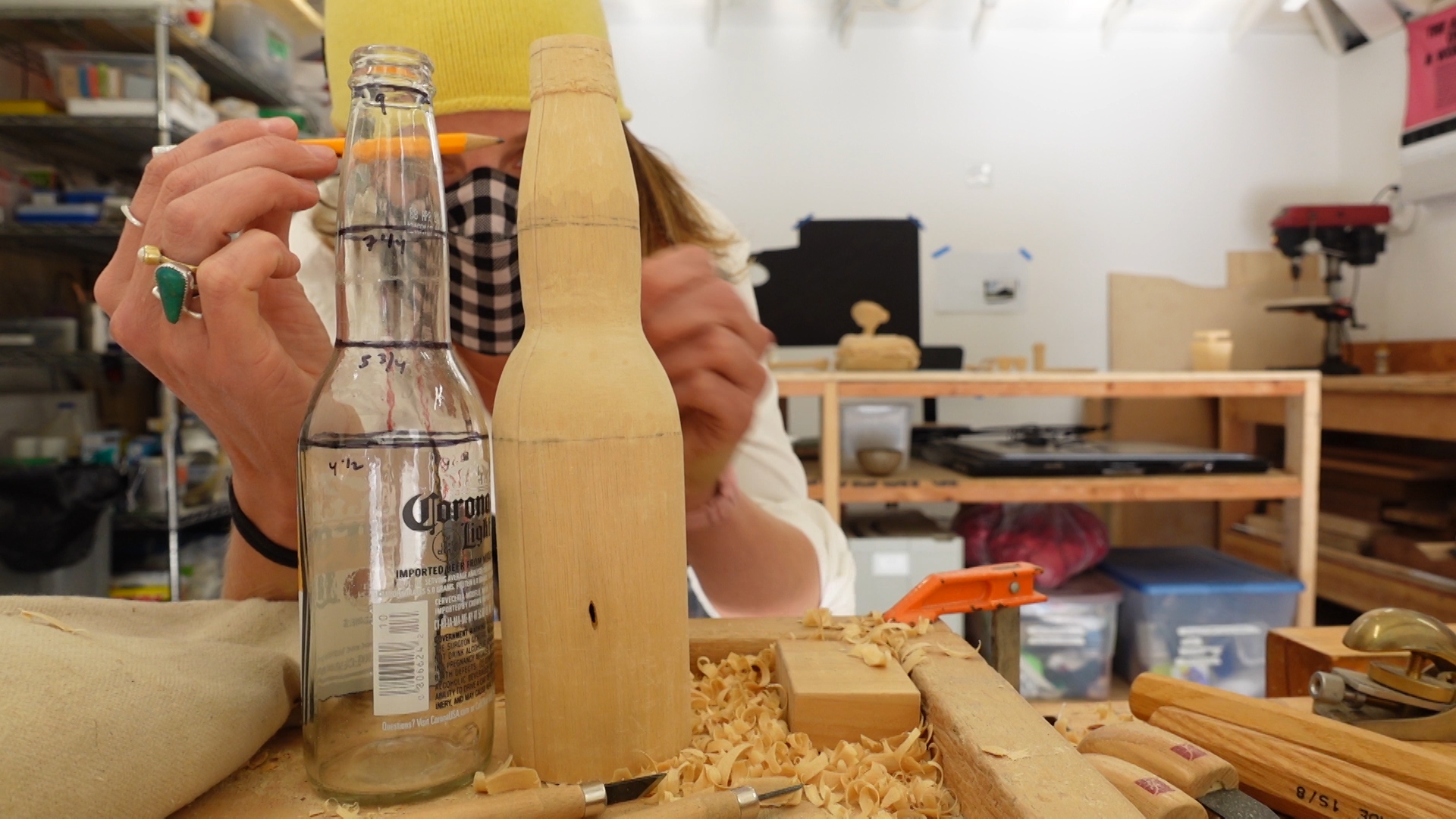 “This beer bottle like so many of the other objects resembles nothing like a gun,” said artist Cara Levine. “And as I carve, I just recognize more and more it’s not gun-ness. I have to match the shape and perfect it with my hands and it reveals itself to me and it never ever ever approaches a gun.”

According to the LA Times, law enforcement officers killed nearly 900 people in the last 2 decades in LA County, 80% of whom were Black or Latino. In the vast majority of cases, the use of force was legally justified by the DA’s office and only two officers were ever charged in the shooting deaths of civilians while on duty.

“I’m carving a hand. This hand is for Esau Castellanos who was shot and killed in Chicago in 2013,” said Levine. “Esau, like many many people on this list, is a person of color. He had nothing on his body. He had just his body.” 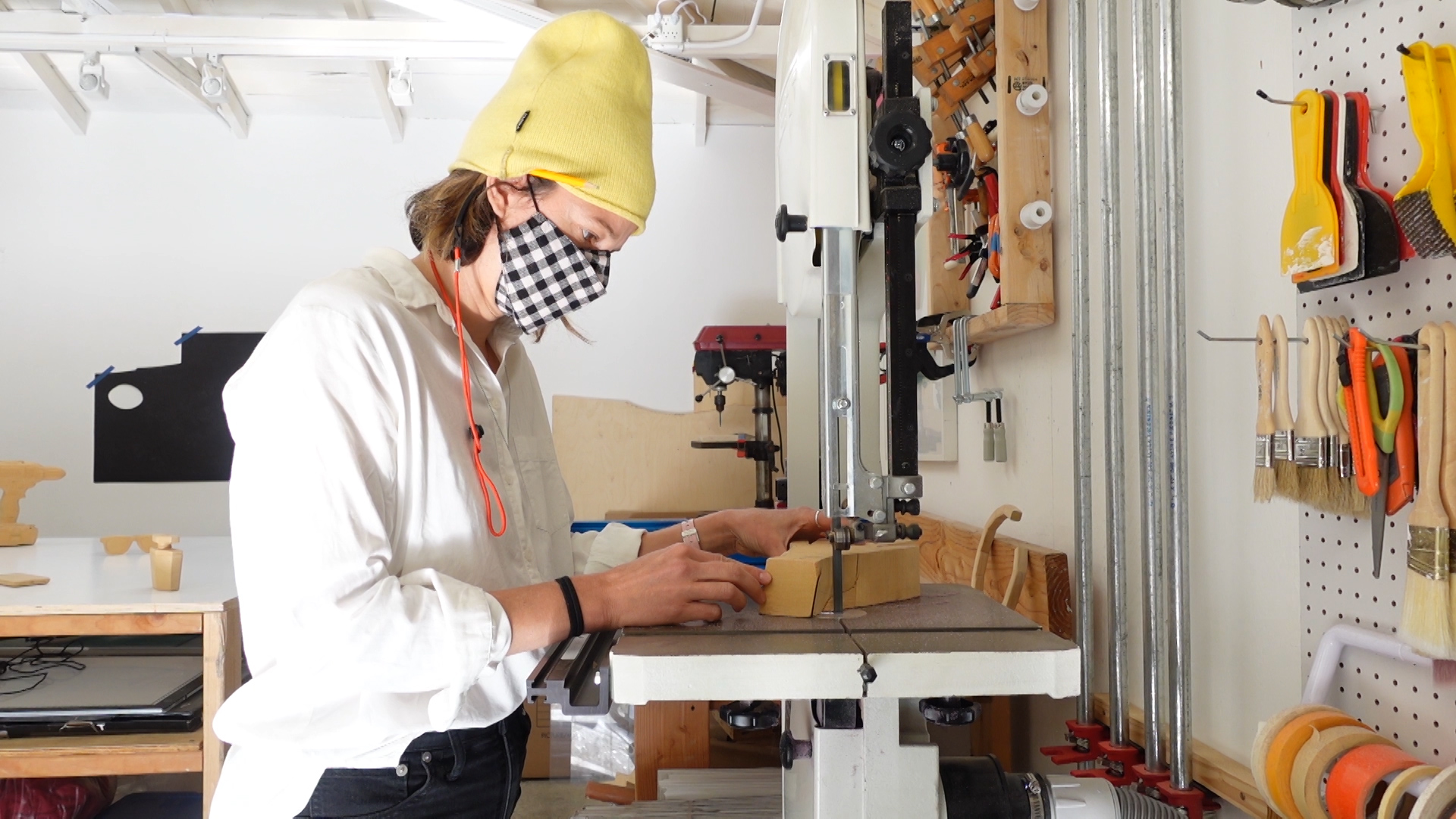 Levine has since carved 17 of the 23 objects on the original list, but she has been expanding the list based on research and outreach. Collectively, these carved objects have become part of an art project called "This Is Not A Gun," which also includes workshops, a video, and a book.

“When I’m with these objects, I am just overwhelmed by the plainness, the ordinariness in all of them,” said Levine. “It’s a wallet, a cane, a bible, a toy truck, a hairbrush. It’s a cellphone. Everyone has one in their pocket. Why is it that some people have to fear for their lives while holding a cellphone?”

A third generation Angeleno, Levine grew up in West L.A. and readily admits her white privilege affords her a peace of mind. So to best share what she’s learned, she organized a series of workshops led by activists of color where participants mold similar objects out of clay. The results of those workshops are now on view at the Tiger Strikes Asteroid Gallery in Downtown. 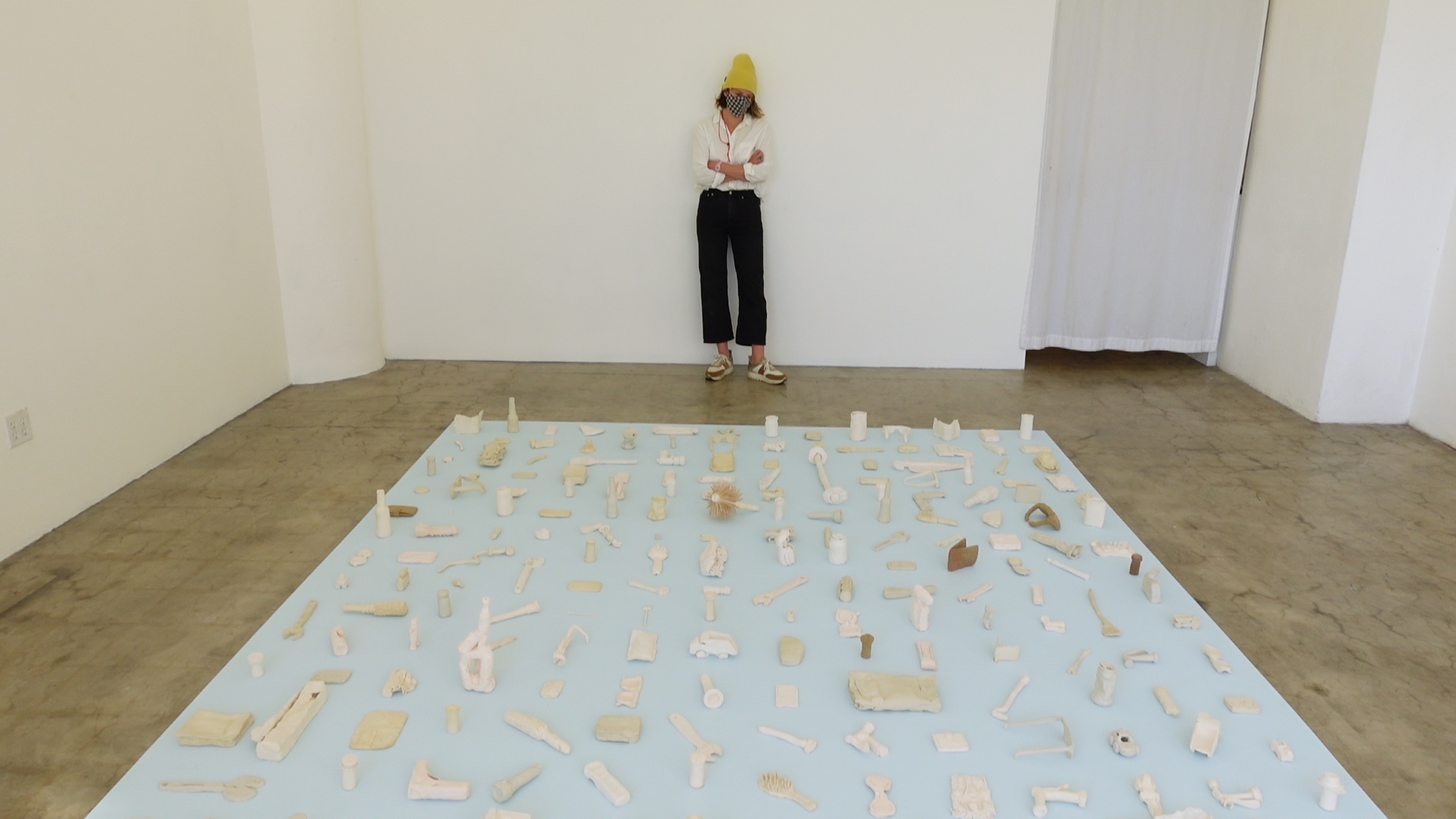 “The bottom line is if a police officer is going to pull me over, I do not have to fear for my life,” explained Levine. “That is not the experience of people of color in this country. We need to listen to those stories. We need to give space for those stories to be heard by all people and to understand the trauma that has been lived for hundreds of years by people of color in this country.”


If you're interested in buying a copy of the This Is Not A Gun book, it's available at Sming Sming Books.