LOS ANGELES — Growing up in Illinois, Lisa Anne Auerbach remembers most the cold winters and looks forward to sweater weather every year.

Now living in Los Angeles, Auerbach is an artist working with language and communication. She started knitting sweaters with messages after realizing they made a perfect canvas.

“I started this sweater at the beginning of the year and by the time it got to March, I was knitting 2020 Revision. Soon after that, knitting a coronavirus and people with masks,” said Auerbach while holding up a sweater-in-progress.

Auerbach picked up knitting shortly after losing access to the darkroom after graduating from Art Center where she studied photography. Inspired by the custom knit sweaters worn by Cheap Trick lead guitarist, Rick Nielsen, she hoped to make one for him to wear.

“I was really interested in how the medium of the sweater changed the meaning of the words just a little bit,” said Auerbach. “You know it made them more important. That knitting has a permanence.”

Much of Auerbach’s art practice is defined by self-publishing and to her, knitting sweaters became a way of making her work public.

“I made this sweater in 2006, on the occasion of a ballot initiative that was about abortion in California. I was hoping that this sweater would be obsolete by now,” said Auerbach. 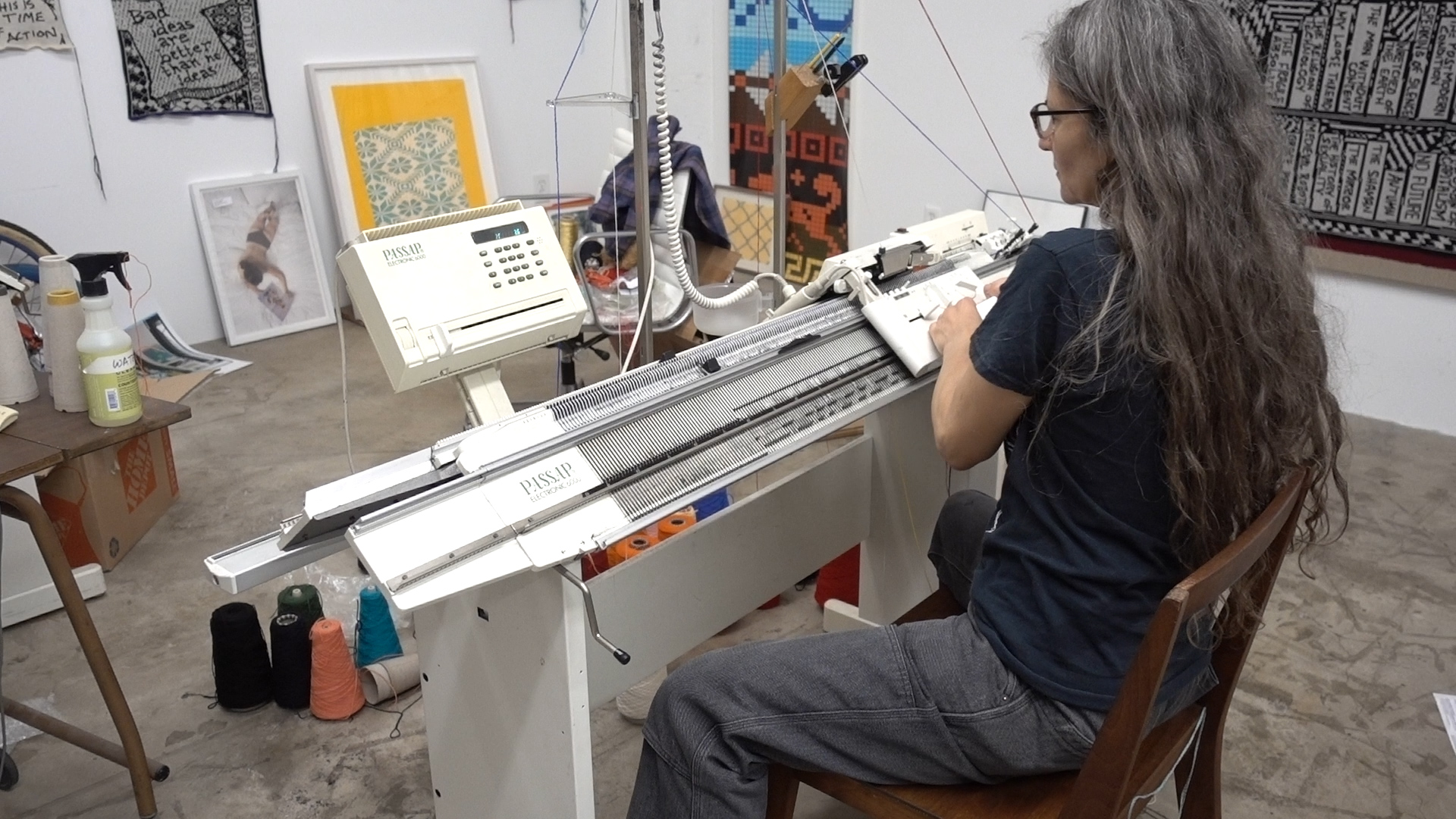 To Auerbach, sweaters have a special meaning even beyond the messages. Unlike a T-shirt that gets worn over time, sweaters can typically last many years.

“One thing about knitting that’s really exciting to me is that if you want to remove the language from this sweater, you have to destroy this sweater,” said Auerbach.

Auerbach’s latest work is now on view at a new group exhibit called Nasty Women at Gavlak Los Angeles. Sarah Gavlak is the owner and founder and she primarily focuses on representing women, LGBTQ+ and artists of color. 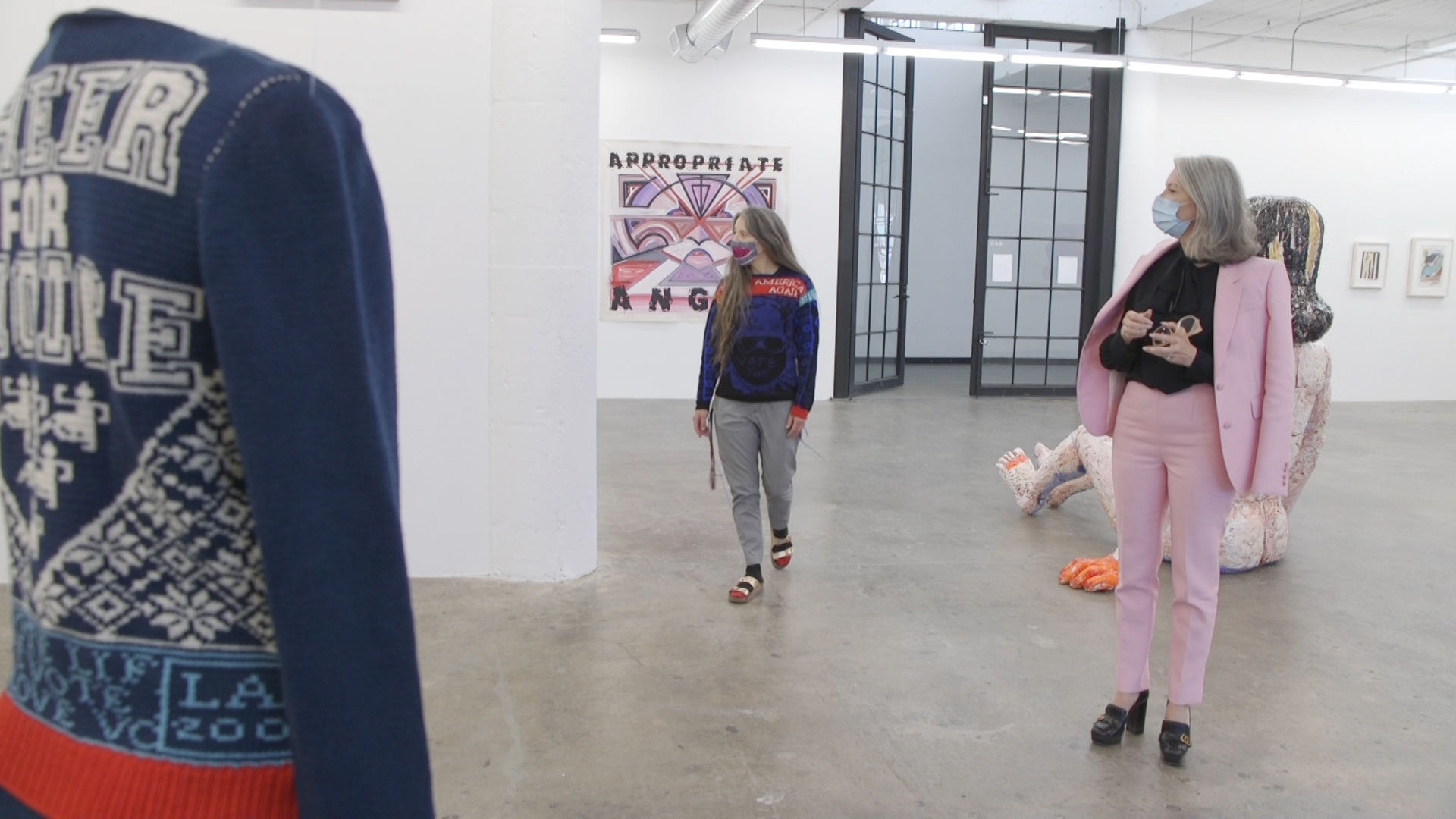 “Many women were not allowed to exhibit,” explained Gavlak. “Their work was marginalized. They never were able to sell it. There were very few exceptions to that rule.”

“One of my intentions with this work is being able to have a conversation about topical issues that are less confrontational and a little more cozy like a sweater,” said Auerbach.