Society for Calligraphy Works to Restore Appreciation for Cursive

MONTCLAIR, Calif. – Calligraphy may be thousands of years old, but due to common core education standards, teaching cursive is no longer mandatory in public schools.

However, there is still a lot of interest in hand-lettering, so artist Schin Loong teaches calligraphy to students of all ages.

“There’s different kinds of lettering all over the world,” said Schin Loong. “It’s called beautiful lettering for a reason. There’s Arabic calligraphy. There is Japanese, Chinese style writing. There is American penmanship, which is what we are learning today based on the writing of Louis Madarasz and this is the kind of writing we are doing today in this workshop.”

In today’s technological reality, many argue students are better served to learn how to type on keyboards, but that doesn’t help students pursuing an education in the liberal arts and humanities.

“Oh, you can see calligraphy everywhere,” said Loong. “You can find it in signs, in advertisements, and wine bottles. And people love to see their names written in calligraphy like for weddings.”

Calligraphy may be everywhere, but it matters most when it is one on one.

“It’s just a personal touch from yourself to other people,” said Loong.

Loong designs digital slot machines for the gaming industry and got into calligraphy because she got tired from working on a computer all day. She wanted to pursue an art form that literally gets her hands dirty.

“It’s unfortunate that cursive is no longer mandatory in public schools,” said Loong. “Everybody should learn how to write or at least hold a pen in their hands and learn how to express themselves in their own handwriting.”

Syeda Ullah is a senior at Mark Keppel High School in Alhambra and has been practicing calligraphy for the last four years. She hopes to incorporate hand lettering in her photography.

“Calligraphy is really important to me because I think it helps you nourish interpersonal relationships,” said Ullah. “Especially as teenagers we are always texting and it's really hard to develop a really personal connection with them so when you hand something hand done, it really shows that you put an effort for that person.”

All that effort is a source of personal satisfaction.

“It’s an antidote to stress. Makes me feel happy. Gets my hands working and create something beautiful in the world,” said Loong.

Maybe next time, handwrite a letter instead of texting your friend.

Society for Calligraphy will be at the upcoming 53rd California International Antiquarian Book Fair in Pasadena from February 7 to 9. 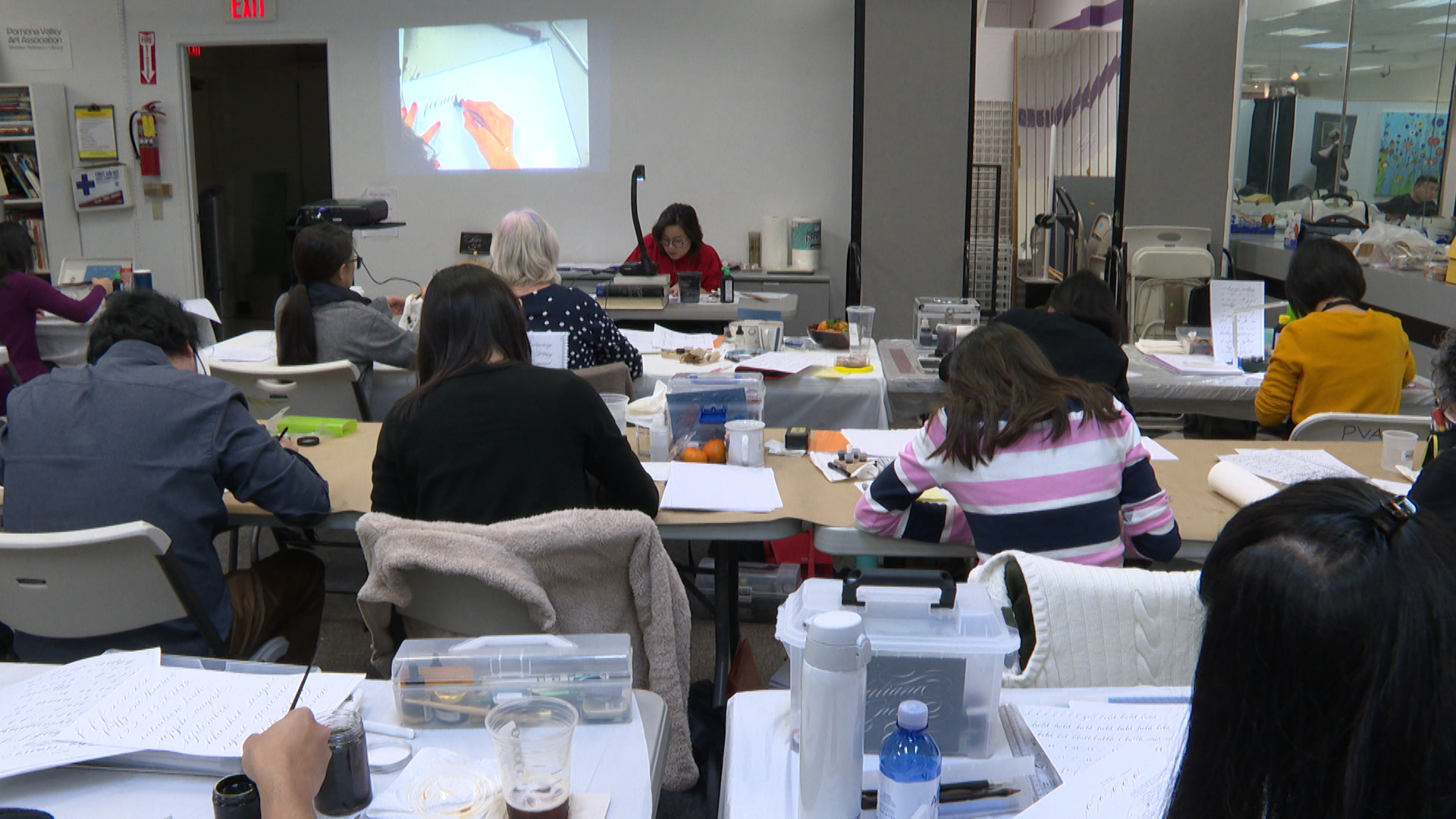