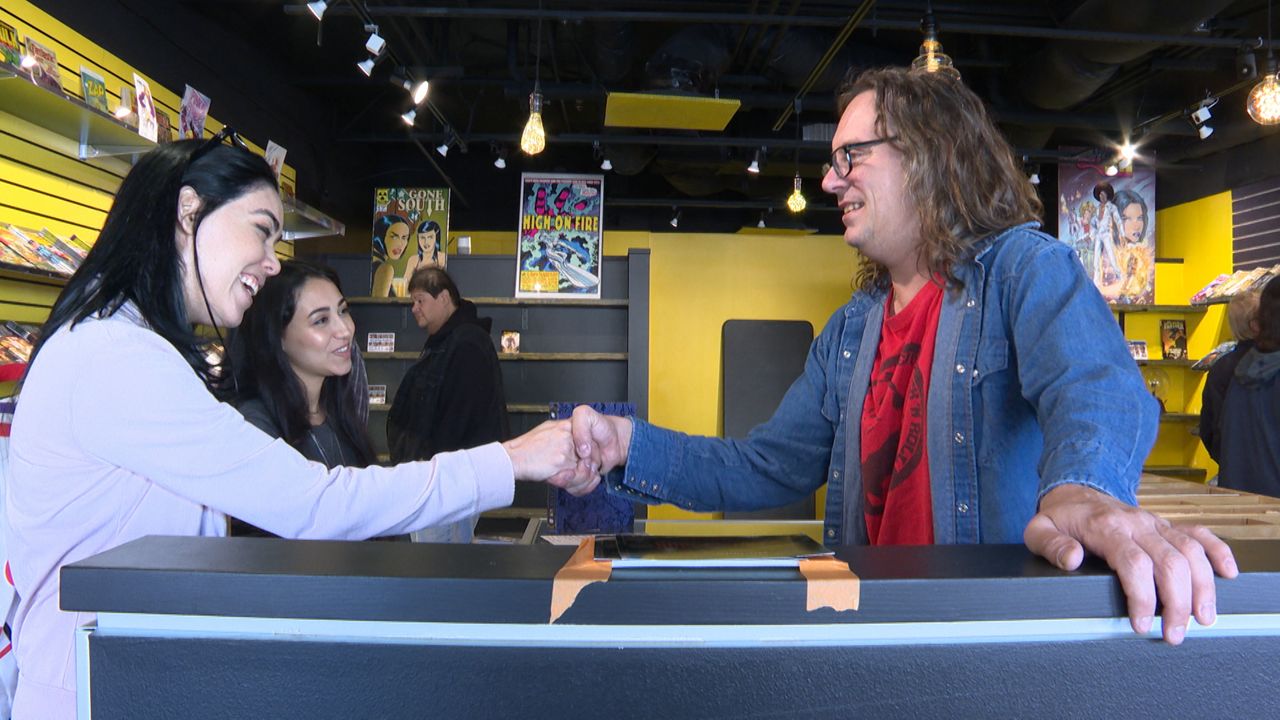 LONG BEACH, Calif. — Everybody needs a superhero, but if you’re a woman or a person of color, chances are you won’t find yourself reflected on the big screen, much less in a comic book. Kayden Phoenix is the creator of Jalisco, a comic book featuring a Mexican superhero that uses her culture to fight villains.

“Jalisco is a Latina superhero that uses her culture as her power, so she dances folklorico, which is a traditional Mexican dance and blades come out of her dress,” explained Kayden Phoenix. “And so when she’s dancing, she can slice their necks or she can deflect bullets like that. It’s our natural way of dancing.”

Jalisco is a passion project born from a desire to see more heroes that look like herself and her family.

“It’s very grounded and it’s relevant,” said Phoenix. “It has to do with our culture and our nostalgia like that.”

Book one in a six-book series, it was important for Phoenix to collaborate with other Latinas to to bring her story to life. After she wrote the script, she looked for artists, colorists, inkers, and letterers and met Amanda Julina Gonzalez through Twitter. They both recognized the importance of diverse storytelling and got to work.

Born and raised in Boyle Heights, Phoenix has found a way to share her culture by means of pop culture and now that the first book is out, she’s been busy distributing it to comic book stores all around Los Angeles.

And while Phoenix and her team of super Latina comic book artists are busy working on the next books in the series, they look forward to paneling and giving talks at comic book conventions like Long Beach and Pasadena. With characters named after her grandmother who participated in the East L.A. walkouts in the late 60s, it’s no mystery where Phoenix finds her inspiration.

“It’s progressive, right? It is the future, it is a little girl, a little boy, an adult can walk in and be like, ‘Hey look, I know this world,’ automatically,’" said Phoenix. “You know they identify with this so, it’s something that they can be a part of, right, as opposed to being on the outside and seeing a negative representation of ourselves.”

Real superheroes don’t wear masks if they want to represent us all.