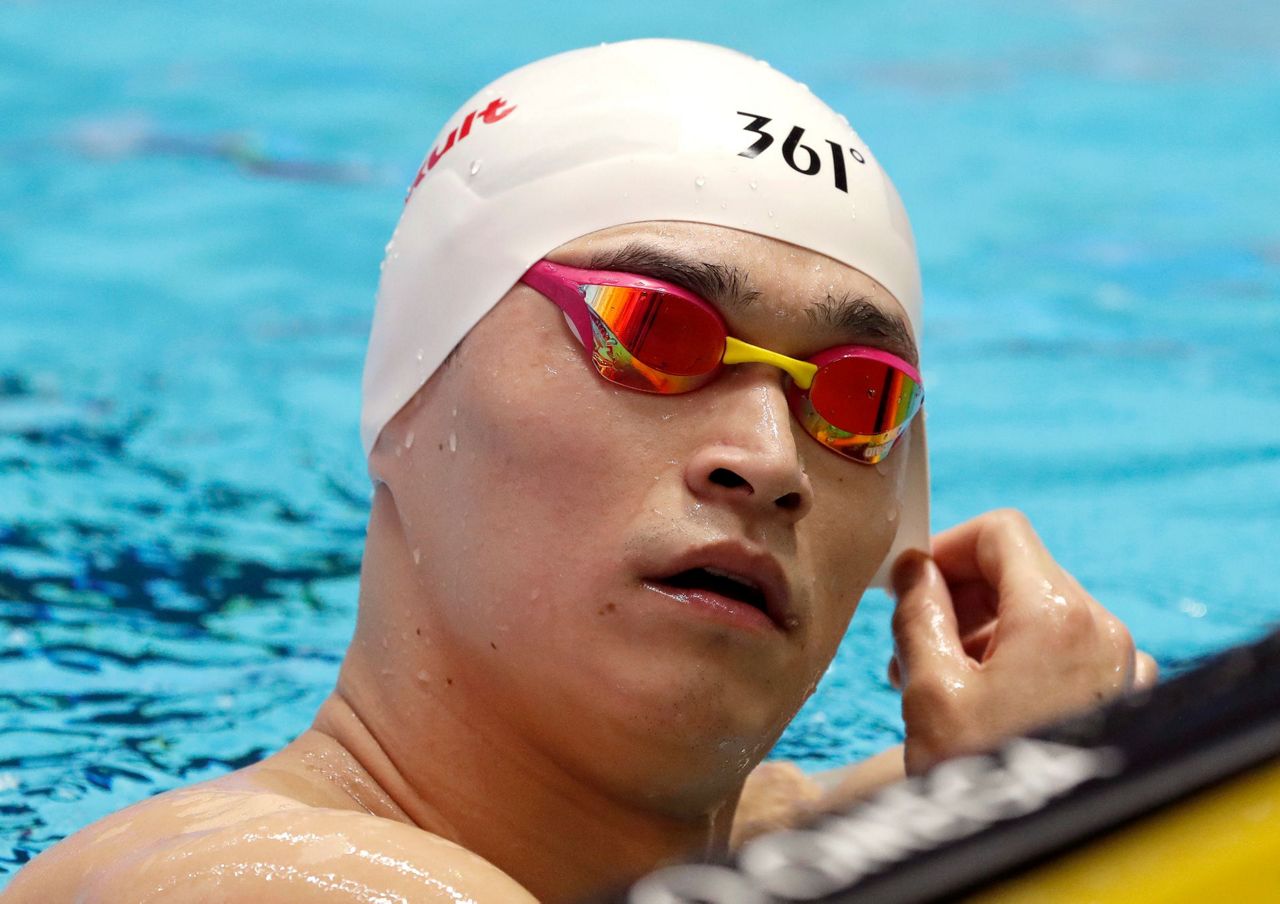 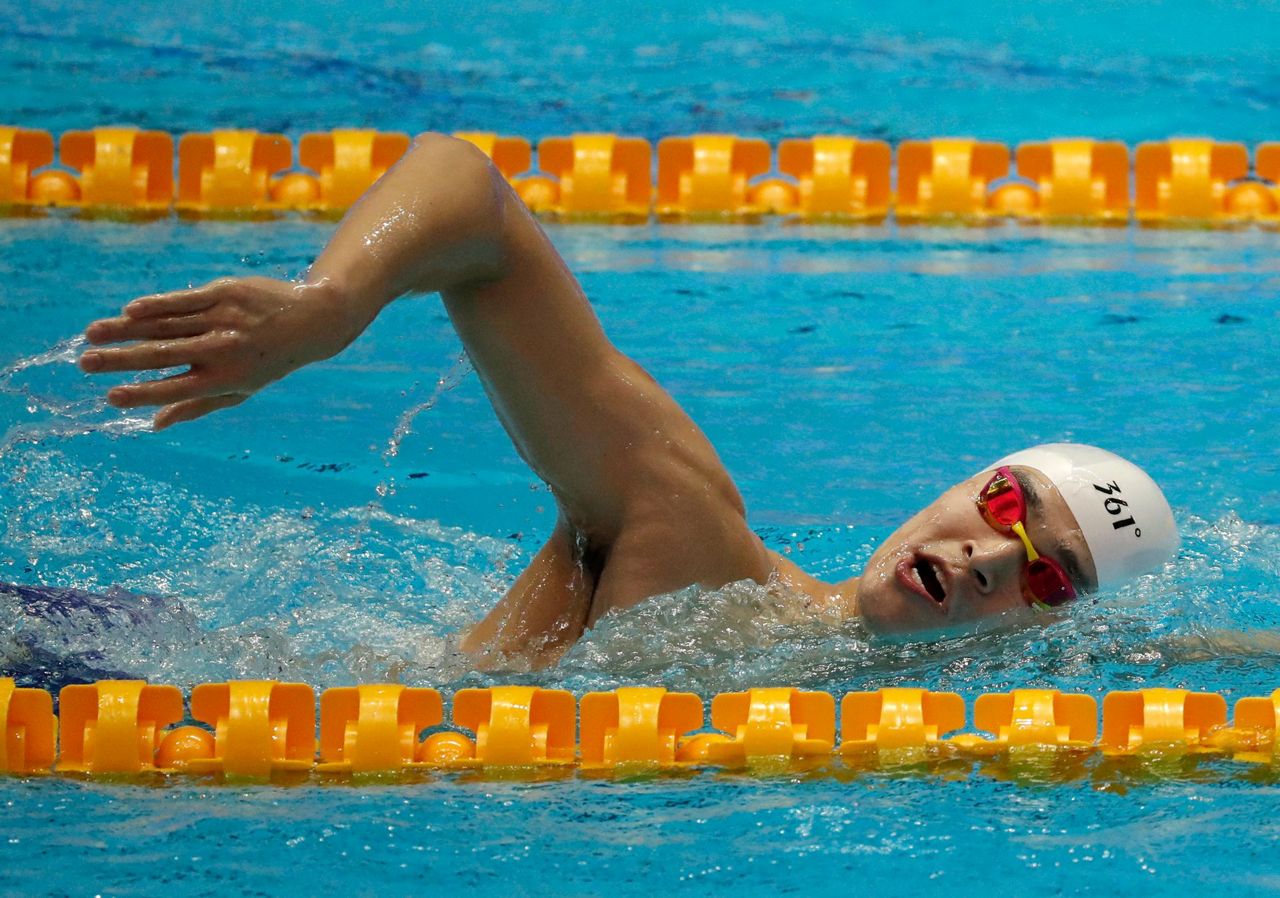 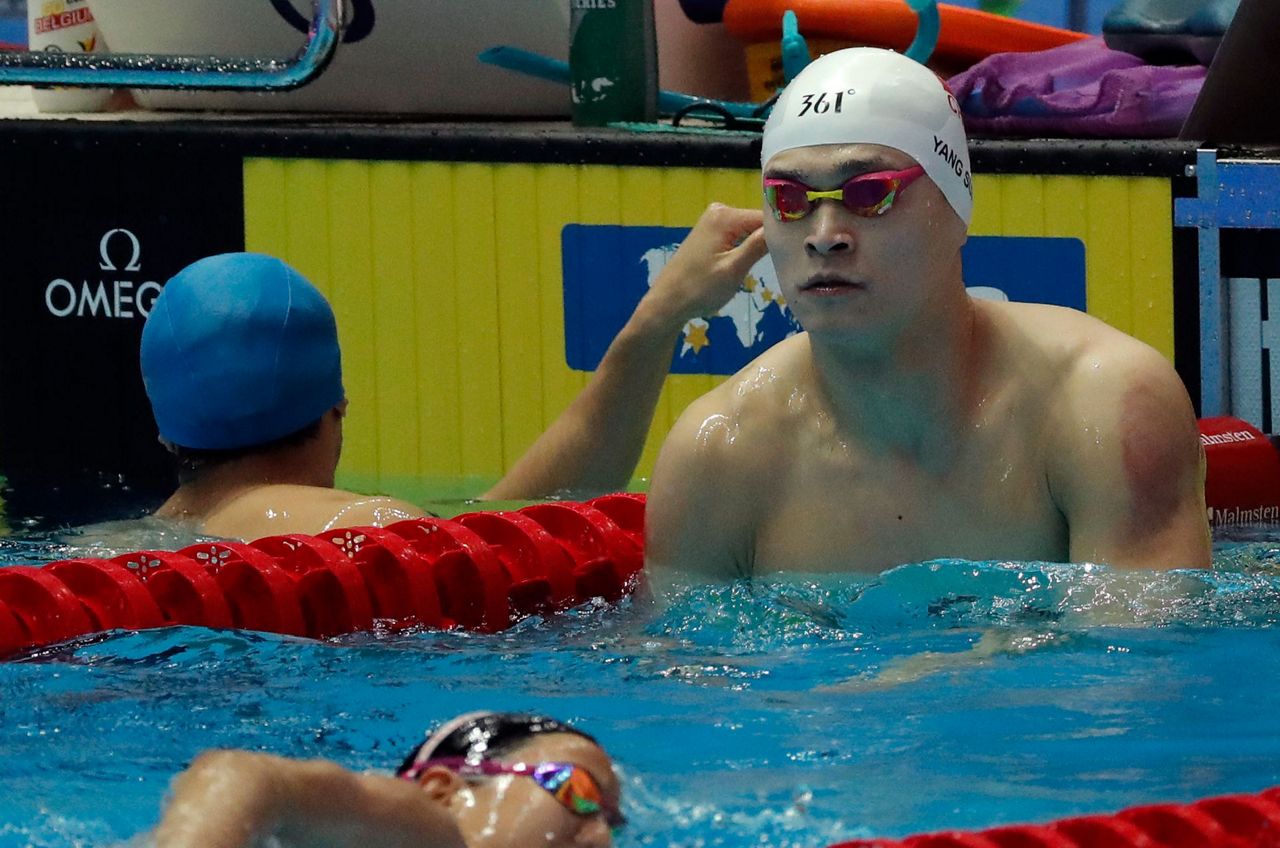 3 of 3
In this Thursday July 18, 2019 photo, China's Sun Yang waits to swim during a training session at the World Swimming Championships in Gwangju, South Korea. (AP Photo/Lee Jin-man)

GENEVA (AP) — China's star swimmer Sun Yang wants a public trial at the Court of Arbitration for Sport in September to defend himself against alleged doping rule violations that risk a ban from the 2020 Tokyo Olympics.

In a statement provided to The Associated Press on Friday, lawyers for Sun said he will ask for an open process from the Lausanne-based sports court "in order to be fully transparent and to clear his name."

The request follows details of an earlier verdict — by world swim body FINA's doping tribunal — being reported in an Australian newspaper on the eve of the world championships in South Korea where Sun is preparing to compete.

"It is CAS and CAS alone who should hear this appeal and Sun Yang objects to being tried by the Australian press," said the lawyers, based in Beijing, Geneva and London, criticizing "flagrant breaches of confidentiality."

The three-time Olympic champion's case could be the first in public at CAS since a European Court of Human Rights ruling last year gave athletes more rights to open the sports court to scrutiny.

Sun faces an appeal by the World Anti-Doping Agency. The Montreal-based agency did not immediately respond to a request for comment about a possible public hearing.

WADA is challenging a decision by swimming's governing body, FINA, just to warn him over incidents during a doping control team's attempts to take blood and urine samples at his home in China last September.

Media reports this year claimed Sun and his entourage destroyed a blood sample in a dispute that escalated after he questioned officials' credentials.

"Worse, while he was fully cooperating, Sun Yang then noticed during the test that one of the unauthorized officers was secretly filming him without his permission," said the statement from his lawyers.

The dispute continued beyond 11 p.m. and his request for replacement officials from Swedish-based collection agency International Doping Tests and Management was denied, his lawyers claimed.

"The officers then decided to stop the testing and gave the blood samples back to Sun Yang," the statement said.

The case threatens the reputation and career of the first Chinese swimmer to win an Olympic gold medal.

Between those two Olympics, Sun served a three-month ban in 2014 for testing positive for a substance then classed as a stimulant. That case was conducted in relative secrecy in China and only belatedly announced by FINA.

In South Korea, Sun is seeking individual gold medals for a fifth straight world championships, which were unaffected by his previous ban.