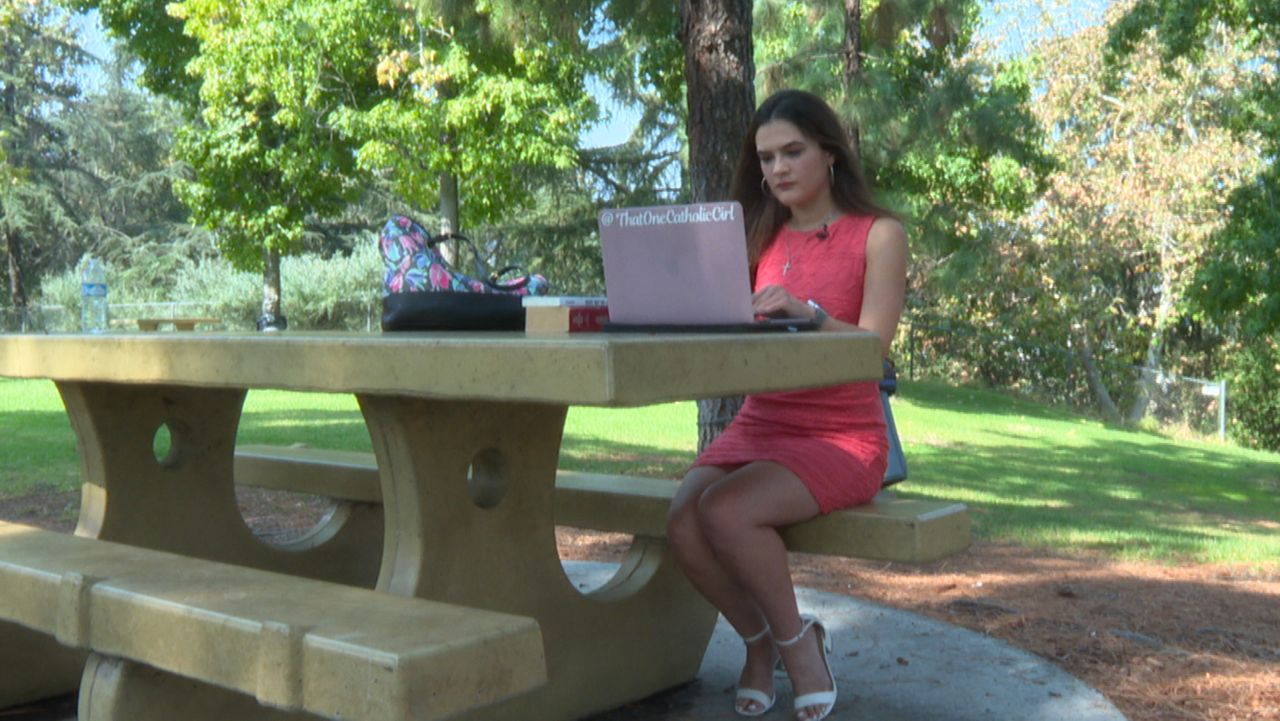 LOS ANGELES — Twenty-three-year-old Vanessa Forsblad has never had a problem standing out, or quite frankly, sitting alone.

"A lot of the times, my friends like to call me devil's advocate," she said with a laugh.

Although, in her case, a Catholic advocate is probably a better descriptor.

"I find that my Catholic faith and what the church and bible teach aligns a lot with the conservative side," she said. "So, I see my role as helping educate others on what the church teaches."

She's one of a record 32 million Latinx voters eligible to hit the polls come November 3.

For the first time, the Latinx community will represent the largest minority group of voters in the country — a group known for its diverse ideas and motivating factors.

For Forsblad, who goes by "That One Catholic Girl" on social media, her faith most informs her voting patterns, but that is not the case for all Latino voters.

"A lot of times, people like to group us together like we're all Hispanic. We're all Latinx, but we all have different values, and we all come from different parts of the world," Forsblad said.

Despite the differing opinions, she and millions of other Latinx voters will have a significant voice in this election cycle.

Sonja Diaz, the founding director of UCLA's Latino Policy and Politics Initiative, said she believes their vote will carry the largest impact on who takes office.

"The Latino vote really has the power to decide not only who has the White House, but the Congress and statewide offices," she said.

She believes certain issues are at the core for most Latino voters, who in previous elections have mostly aligned themselves with the Democratic party, she said.

"Polls make clear that they care about bread and butter issues like quality healthcare and jobs in the economy, but after four years of Donald Trump, they also want someone who can address the racism," Diaz said.

The group, however, is not a monolith when it comes to voting.

Many Latinos identify with the Catholic or Christian faith, and their religious beliefs can become a primary factor in their voting, especially on the issue of abortion.

"I like to look at what the church teaches, such as the stance of pro-life or pro-choice," Forsblad said.

And despite the pushback from some friends and family, it's her viewpoints on these issues that can motivate a conservative lean toward the Republican party.

Although she and Diaz may have different opinions or motivating factors, one thought they share is the importance of engaging the Latino bloc this cycle.

"It's really incumbent on all parties to make sure they're meeting Latinos where they are, and speaking to the issues that are most important to them," Diaz said.