The Metro Regional Connector is a 1.9-mile underground light rail project with a stop in Little Tokyo that will include a new esplanade for bicycles and pedestrians. (Rendering courtesy of Metro)

Metro Regional Connector will be up and running in summer 2022

LOS ANGELES — If you’ve driven anywhere near Little Tokyo recently, you’ve probably noticed it’s a construction zone. Much of it is due to the Regional Connector Transit Project the Los Angeles County Metropolitan Transportation Authority has been working on for more than six years. But there is light at the end of the tunnel.

Metro is expecting the project to be completed and operational by next summer, project managers told Spectrum News 1 during a walk-through of the area. That includes a new 700-foot-long esplanade for bicyclists and pedestrians that will run from 1st to Temple streets on the site that used to be the Little Tokyo stop of Metro’s L (Gold) line. 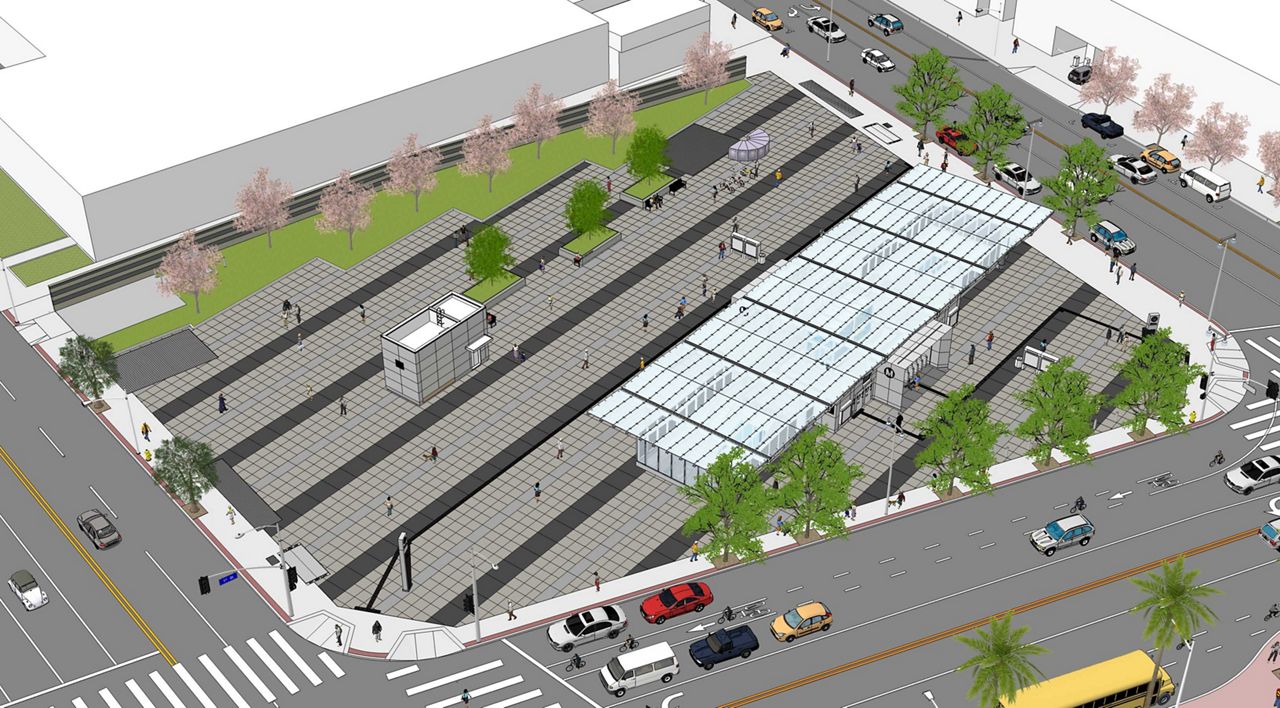 The esplanade will include a bidirectional bicycle lane, as well as a 40-foot-wide sidewalk for pedestrians, separated by a row of trees and lit with LED streetlights.

Part of Metro’s Eastside Access Improvement Project, the light rail is being routed underground as part of the Regional Connector. That’s a new rail line that will run for 1.9 miles and provide an easier connection between Metro’s L (Gold), A (Blue) and E (Expo) lines through downtown LA. 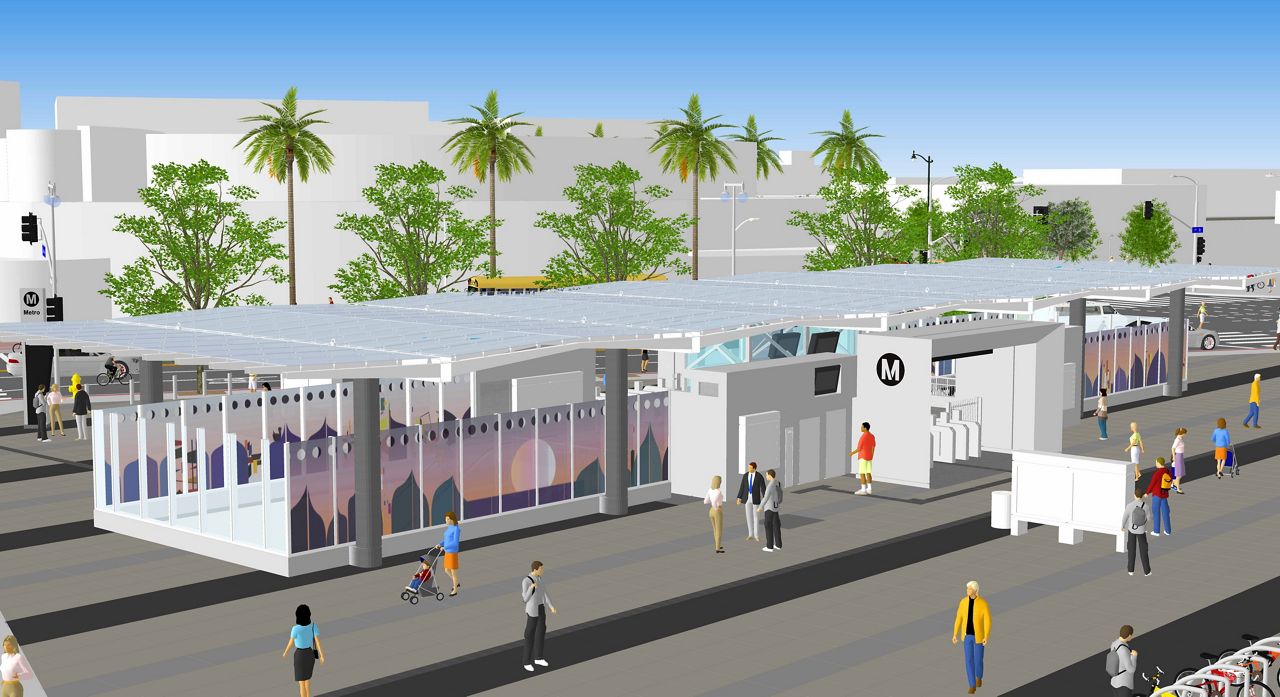 Boarding for the Little Tokyo stop of the Regional Connector will be kitty-corner from the new esplanade. That station is currently 70% complete. Metro says it is currently working to energize the system and is testing trains.

The Eastside Improvement Projects are being constructed within a mile radius of the new Regional Connector and will include 1.7 miles of bike lanes, crosswalk improvements to 19 intersections and LED upgrades to 100 streetlights.