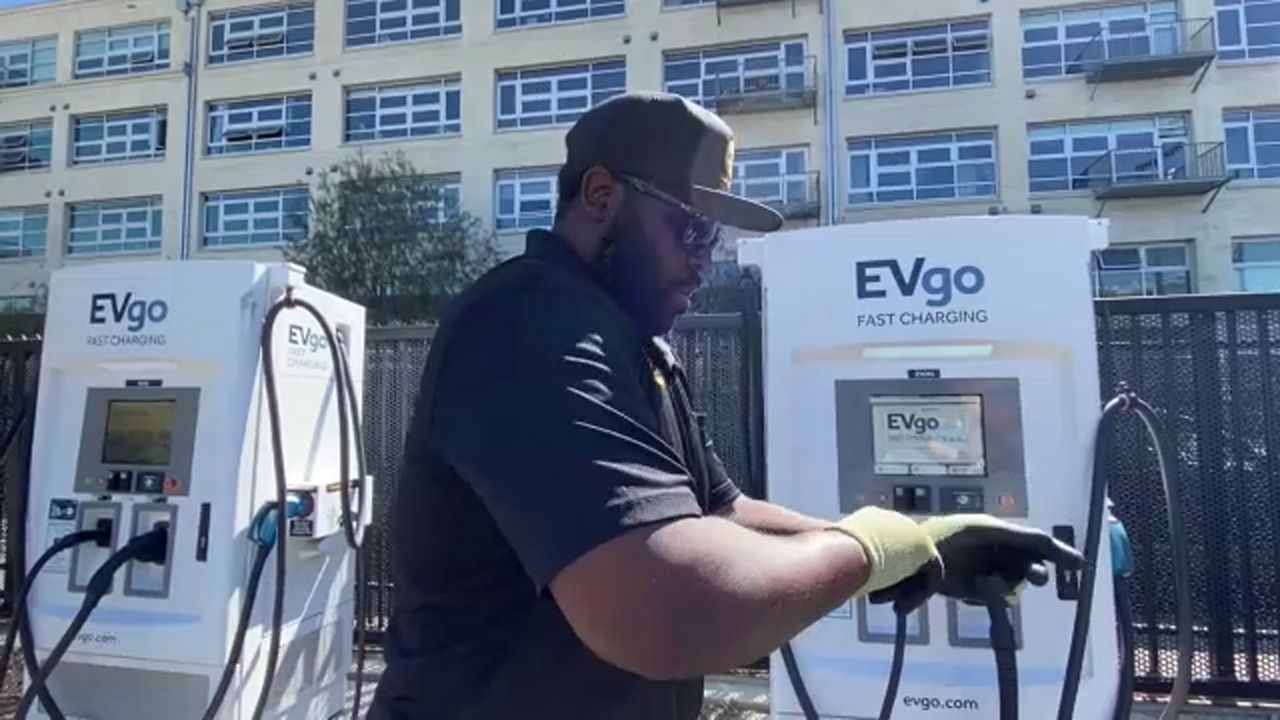 LOS ANGELES — Running a startup company is not what entrepreneur Kameale Terry imagined while growing up in South Central Los Angeles. She saw firsthand how hard it was.

"My dad is an entrepreneur, so I always said I wanted a corporate job," Terry said. "Just stable, stable, steady pay."

That's what she got as a banker for many years until she started working in the electric vehicle industry for a company that makes software for charging stations. That's when Terry heard firsthand from drivers who complained about chargers that were broken with no one around to fix them, sometimes for up to a month.

"They weren't always the most polite, but it's a true frustration, right?" Terry said. "Like, if you are an early adopter, you pull up somewhere, and you think that something is going to work and it doesn't, that's a problem."

She points out that, typically, electrical contractors are called on to fix charging stations. Still, she says the issue is oftentimes non-electrical, a part needs replacing or software isn't working correctly.

So Terry, who is the CEO, teamed up with Evette Ellis, a workforce development expert who grew up in Compton, in January 2020 to create ChargerHelp!, an on-demand repair app for EV charging stations. They raised $400,000 through grants and pitch competitions before raising $2.75 million from investors. They're building a crew of technicians who can respond to broken EV chargers in 24 to 48 hours and can fix a wide range of issues.

Ellis said they are making a concerted effort to hire a diverse workforce, and the company technicians share in the startup and pays $30 an hour.

"It's a living wage. Our goal was for folks not to have to work two to three jobs to make ends meet or to get the things that we like, to live comfortably and support your family," Ellis said.

With the Biden administration pushing to build a network of 500,000 charging stations, Ellis said fixing the existing ones now is crucial, and there isn't an industry standard.

"Everybody is learning how to do it, so it really is the most equitable space to give people the opportunity to learn how to do it because there is no set way," Ellis said. "We've created the way to fix these charging machines in a timely fashion."

The startup hired about two dozen technicians and planned to hire more in July and November. They operate across eight states, covering 15,000 charging stations.

For Terry, going without a steady paycheck may have been a leap of faith, but she said it is important diverse voices are heard in an industry she's always viewed as privileged.

"People have been able to dress up sustainability as this croc-wearing, vegan thing that is expensive without realizing that there are folks in like, what I call 'regular, degular' communities, that have been doing this forever," she said.