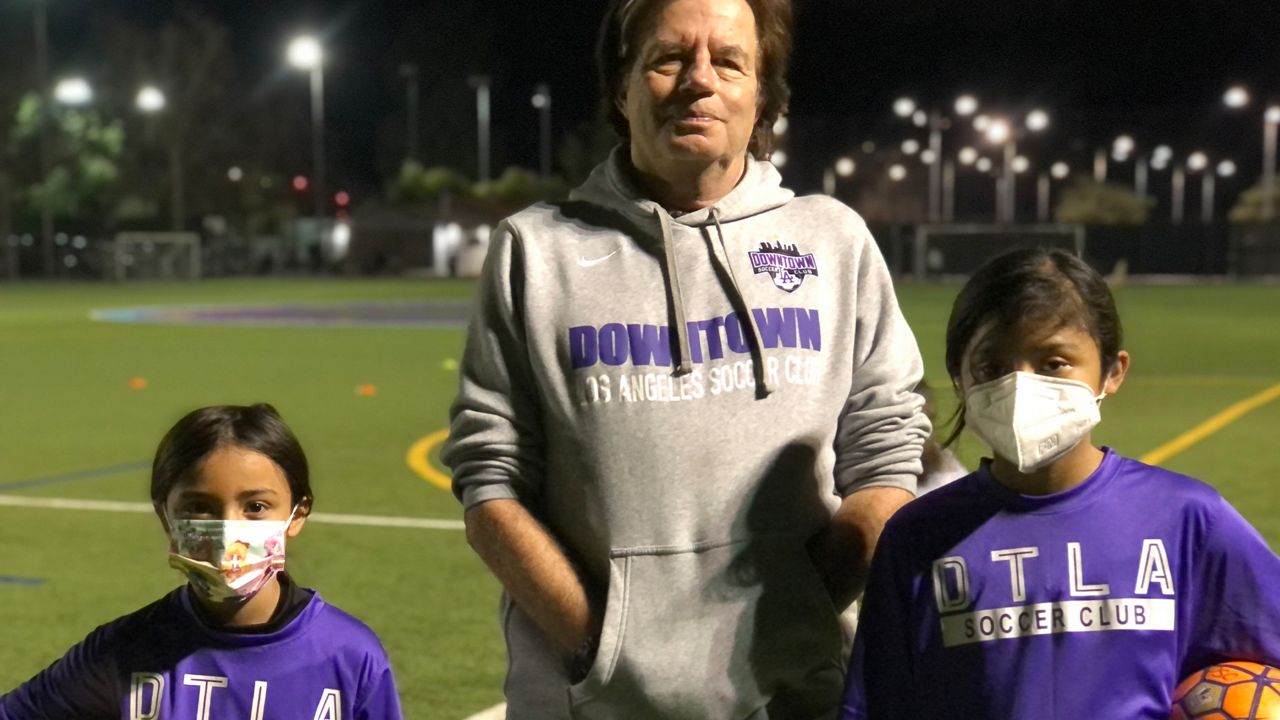 LOS ANGELES — After a career as a network television executive, Brentwood resident Ben Sherwood wanted to find a way to deliver content that people like parents could use to coach their kids.

For the last 16 months, Sherwood, who enjoyed coaching his sons in youth sports, has been developing an app called MOJO, which delivers both season-long high-level instruction and convenience to youth sports coaches with practices that include drills.

In developing the app, Sherwood worked with everyone from professional athletes and coaches to child psychologists.

Mick Muhlfriedel is the president of the Downtown L.A. Soccer Club, which gives kids in underserved communities who are just as talented but might lack the resources to play in a traditional elite club program the chance to do so.

The club beta-tested MOJO and gave it rave reviews. What Muhlfriedel calls "a coach in a box" goes well beyond the field.

According to a 2019 Aspen Institute survey, the average household income of respondents whose kids played sports was over $90,000 – over $30,000 more than the U.S. average. About one in three parents from households making less than $50,000 a year said that the cost of sports makes it difficult for their child to keep participating.

According to the organization, the "average child today spends less than three years playing a sport, quitting by age 11."

"It sets a standard level for coaching. Like a kid who, say, grew up on the west side that can play in some of these elite club leagues isn't going to get any better training than an inspired amateur or sort of a citizen coach who has this app. I mean, it basically levels the playing field," Muhlfriedel said.

Right now, MOJO is limited to soccer, but Sherwood is planning to make it available to all sports. His hope is that the convenience of a practice and training schedule in your pocket will promote inclusion and take the hassle away from parents and youth coaches to allow them to focus on what often gets overlooked: having fun.

"We're here to make sure that moment on the field with your coach is the best it can possibly be, so you can not only develop all the habits that are great for a lifetime to come with sports but also you can make memories for a lifetime," Sherwood said. "Because you look around at this field, and I have the happiest memories of my boys playing on this field. I can hear them screaming. I can hear them yelling. I can see some of the boys climbing those trees over there. That's part of the youth sports experience, and we want more of that for everybody because there's nothing like it."