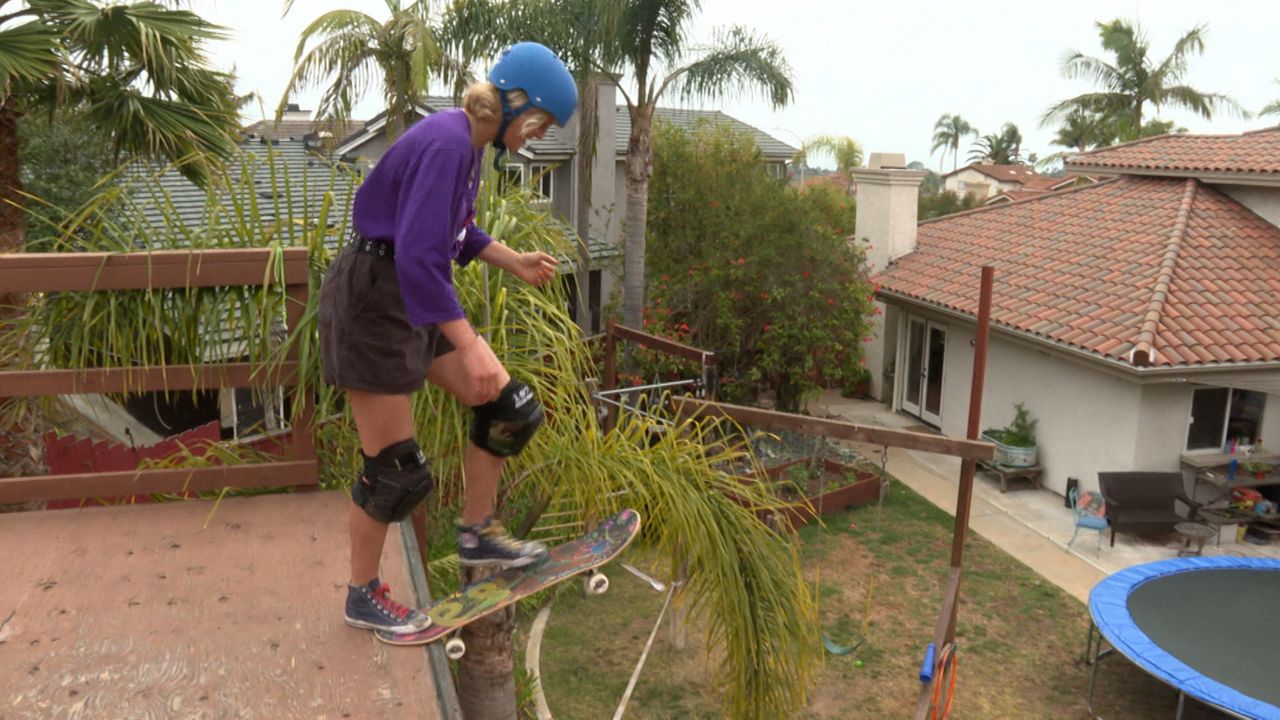 EDITOR'S NOTE: Bryce Wettstein successfully made the women's skateboarding team and is headed to the Tokyo Olympics to compete in the park category. (July 6, 2021)

ENCINITAS, Calif. — Several new sports will make their debut at the Olympics in Tokyo this year. One of them requires four wheels, a deck, and some grip tape. Skateboarding will be one of the new sports at the Olympic games, split into street and park categories. And a young lady from Southern California is one of the ones to watch to make the team.

"If it happens one day, I mean, it's such a dream," said the 17-year-old skateboarder about the potential of going to the Olympics to represent the U.S.

Bryce skateboards because she loves it and the feeling she gets when she's cruising on her skateboard.

"I really do feel like this. I always say this, all the time, that I'm on a magic carpet ride," she said.

The teen has been on this ride since she was 3 years old. She started competing in the sport when she was just 7. Bryce said that while she can't pinpoint the moment she fell in love with the sport, she certainly knows why she feels so connected to skateboarding.

"Kind of stumbled upon it as an outlier. And I think a lot of times when I thought of skateboarding as an outlier; I thought of myself a little bit because there's a lot of parts of me that don't really lay in the framework of a lot of other sports," she said.

Bryce said most other sports have rules, regulations, and uniforms. In traditional sports, which she also plays, individuality exists to a lesser degree, the skater said.

Bryce also plays volleyball, but it's skateboarding that she says she's always been fascinated with because she said, "skateboarding, it's kind of like an easy friend, an easy-going friend, that kind of just stumbles upon you. And you're instantly kind of in love with them as a friend. Like a friendship that is everlasting and ever-changing."

Bryce's backyard is complete with a bowl to skate and a vert ramp. The teen, a humble, laid-back old soul, followed every compliment with a, "Thank you so much." When it comes to competing, Bryce's accomplishments can be described as fierce. She is the No. 1 ranked female park skateboarder in the U.S. and No. 8 in the world.

She said what drives her is "there's always some desire deep down to be able to live a dream, and I think that's what it all comes down to."

Her mother Donna Wettstein is one of her biggest cheerleaders.

Between full-time school and other activities, the time has always been limited to practice. And her go-to spot to practice had removed the vert ramp at the facility. So Bryce proposed building the vert ramp in her backyard. The teen helped pay for it by teaching young skaters, which she is also passionate about. Donna said the timing couldn't have been more perfect.

"Probably about six months after the virus came out, a lot of the skateparks were shut down," Donna said.

But here in her backyard, Bryce has been able to practice any time she wants to as she prepares for a chance to make it to the Olympics. And by the end of the weekend at Dew Tour, she will know whether she made the cut.

"When something has that much value you to, it's something you can't help but feel pressure," she said.

She's here to enjoy and cherish the journey, said the accomplished skateboarder, who also sings, plays the ukulele and surfs.

"I want to take it second by second, or maybe even zeptosecond by zeptosecond," Bryce said.