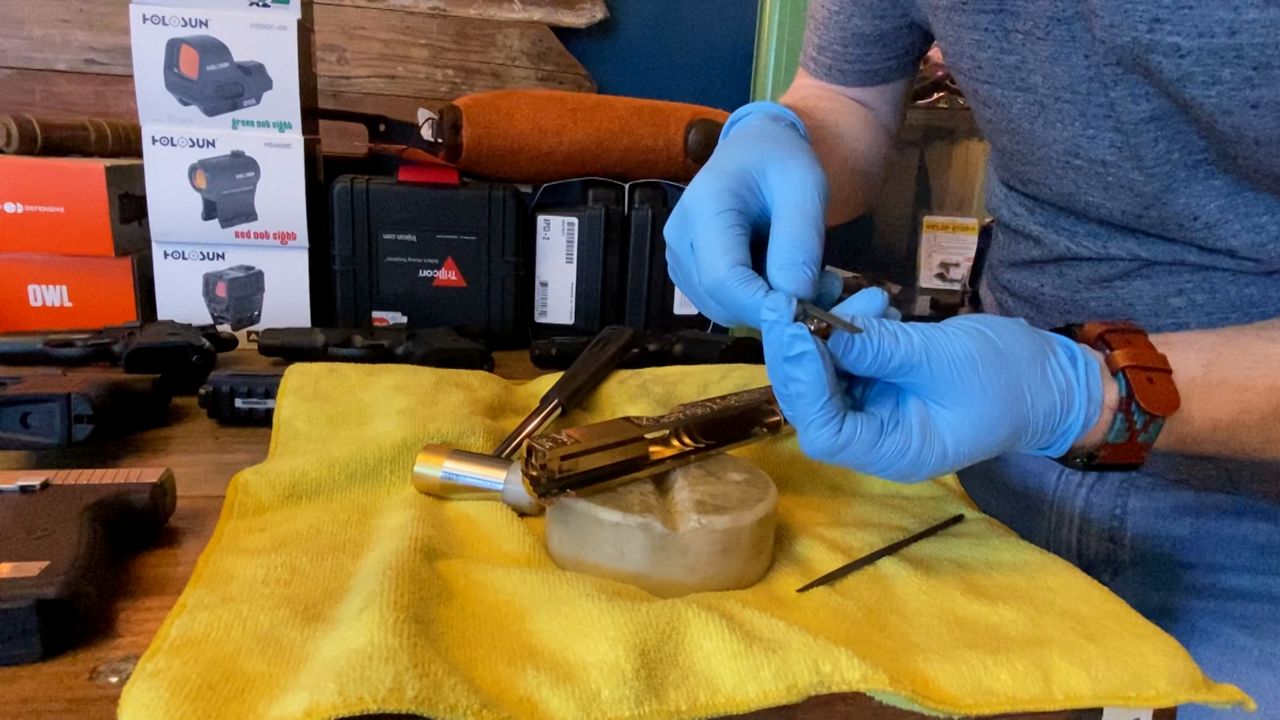 TORRANCE, Calif. — A proposed gun store in downtown Torrance is drawing attention from some residents who are concerned about the location.

Jack Brandhorst, owner of the gun shop Red Rifle in Carson, said he is planning to relocate to Torrance in October, a location he’s dreamed of for years. He said he worked as a commercial photographer before opening his gun store 10 years ago and that growing up he was anti-gun.

“We didn’t know anything about guns,” he said. “We didn’t know how they worked. We just knew what we saw on television and that guns were bad and only bad people carried guns. It wasn’t until I got to California, funny enough, that I saw and was shown responsible gun ownership and what it meant.”

He said he imparts responsible gun ownership to customers who visit his boutique store, where he screens every person before letting them enter and gives a 30-minute safety lesson to each purchaser. When he received a special development permit to open a much larger location in Torrance, he was thrilled.

“I’ve always pictured my business there,” he said. “We’ll do nothing but elevate that community and elevate that little area there.”

But some Torrance residents are concerned about what that means for the old town area of Torrance, including Jennifer Lauren, who owns the vintage store Pretty Random. She said the proposed location, which is down the street from her, is too close to an establishment that serves alcohol and other places that children and parents frequent, including a cheer center and performing arts center.

“Torrance High, Torrance Elementary — we have Nativity Catholic School, lots of churches. It just doesn’t really fit the family-friendly atmosphere that they’ve been trying to create, that kind of go along the lines with the street fair,” she said.

The mother of three said she has safety concerns with the location, given the mass shooting in Uvalde, Texas, and she worries over gun violence. Lauren also said she was surprised the city did not hold a public hearing initially for the store’s permit. She launched an online petition opposing the permit. She said an industrial location about a mile away would be a better spot.

“It’s still in the downtown area but it’s not in this little district, and I feel like it’s a safer area because it’s more industrial, and I think it’s more appropriate,” she said.

There are currently 12 registered gun stores in Torrance. The city has a population of 143,600, while the city of Los Angeles has 38 firearms retailers and a population of 3,849,297. After four appeals were filed against the permit, the City of Torrance scheduled a public hearing for Sept. 21.

Brandhorst said he’s still hoping he gets a chance to not only provide an economic boost to the area but also teach responsible gun ownership to customers at the new location, where he said he plans to have an art display in the front windows, not guns.