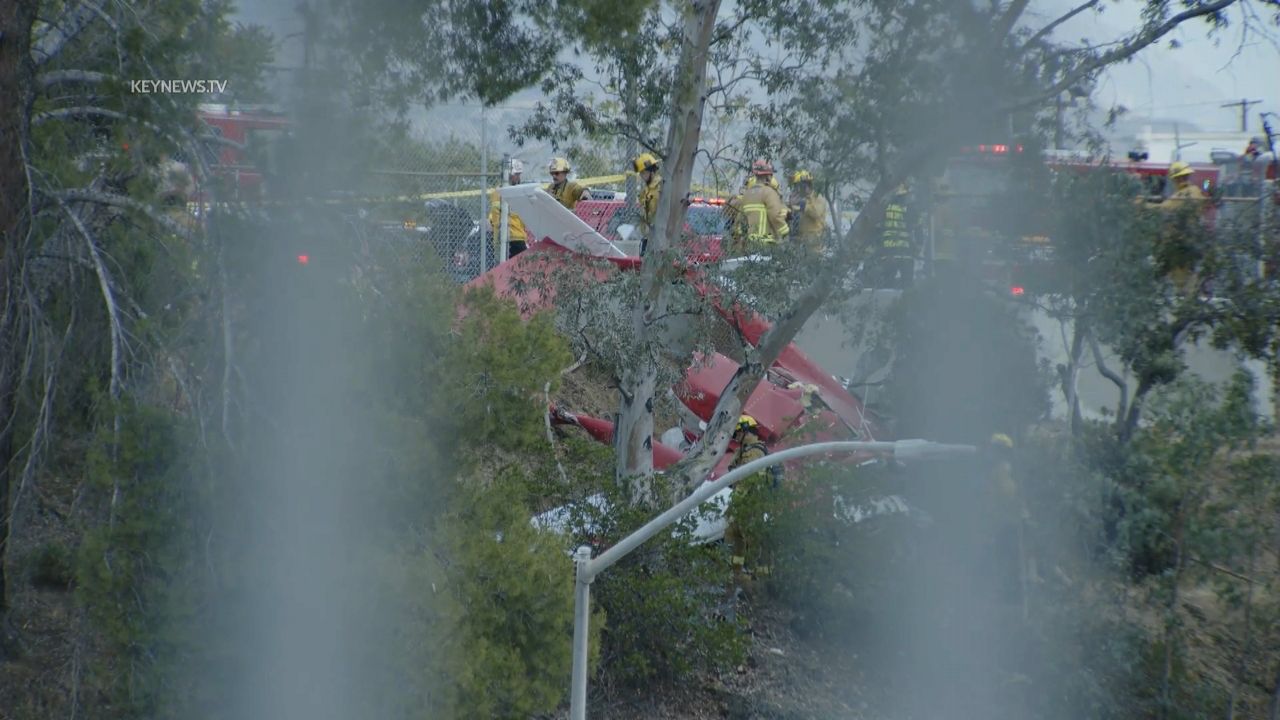 LOS ANGELES (CNS) — The Federal Aviation Administration and National Transportation Safety Board are investigating a small plane crash that killed the pilot alongside the westbound Foothill (210) Freeway in the Sylmar area.

The crash was reported about 12:30 p.m. Wednesday, when a twin-engine Cessna 337 Skymaster went down near Sayre Street, according to the FAA's Eva Lee Ngai.

The FAA reported the pilot was the only person aboard the plane. The Los Angeles Fire Department confirmed about an hour after the crash that firefighters did not locate any other victims upon searching the aircraft, according to the department’s Margaret Stewart.

“After a thorough search of all void spaces in the aircraft, firefighters did not locate any other victims,” according to a release from the FAA.

Information was not immediately available on the identity of the fatally injured person.

Firefighters quickly contained a small fuel leak, and there was no fire resulting from the crash, according to the LAFD

The NTSB is leading the investigation and providing additional updates as they become available, Ngai said.

The crash occurred near Whiteman Airport in Pacoima. The plane apparently struck a bank of trees before hitting the ground on an embankment just off the freeway.

The crash is the third in recent months to occur near Whiteman Airport, prompting questions about its continued operation. In November, a plane crashed in a neighborhood near the runway, killing a Civil Air Patrol pilot. In January, a plane landed on train tracks near the airport and was struck by a Metrolink train.

In January, the county Board of Supervisors asked its staff to begin compiling documents and data that would need to be presented to the FAA if the county opted to seek a closure of the airport.

“Tragically, another life cut short by a plane crash, and my heartfelt condolences to the victim’s family,” she said. “Pending confirmation of its departure, the frequency of these incidents should warrant an immediate closure and investigation over the private operations at Whiteman Airport out of respect for the lives of the victims, their families and our community.”