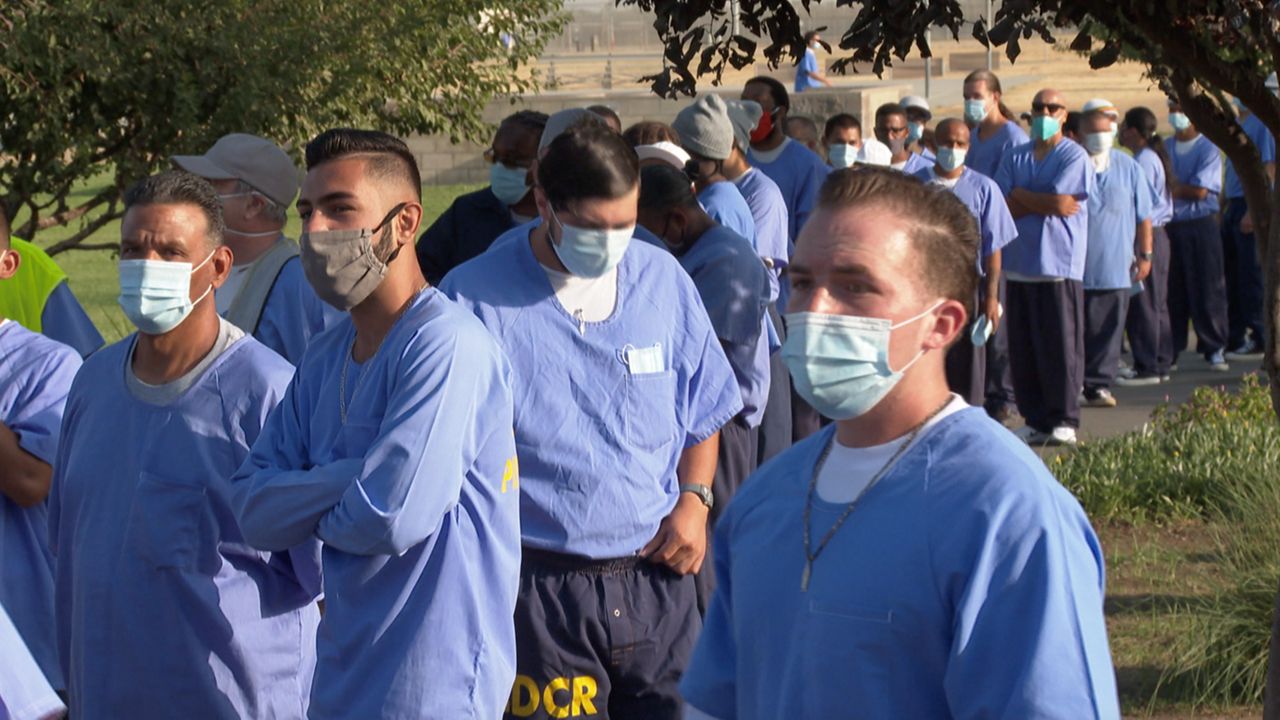 Prison project teaches inmates about childhood trauma and its effects

CHOWCHILLA, Calif. — For the last seven and a half years Orange County native José Rael's view has been the inside of a prison yard.

"A lot of violence, a lot of manipulation. It can get scary real quick," Rael said.

It turns out it's not all that different from his childhood.

"My mom's boyfriends were very violent, (they) used to beat me up, choke me, drown me, put knifes to my throat, guns to my head," said the 26-year-old.

And so, by the time he was 18, he had become the abuser. Rael is currently serving time at the Valley State Prison in Chowchilla for robbery and attempted murder. His cycle of trauma and abuse is something Fritzi Horstman is trying to call attention to.

Horstman is the founder and executive director of the Compassion Prison Project. Since 2019 she has been traveling around California prisons to make inmates aware of the trauma that has landed them behind bars.

Horstman's work is powerful and also controversial. She says she loves these men, even though they have murdered and raped. Her work is rooted in science, and it's groundbreaking because she visits prisons to tell them that the childhood traumas they experienced — officially called adverse childhood experiences, or ACEs — are a big part of why they are in prison today.

"Welcome to the compassion trauma circle," Horstman said over a mic to about 60 inmates that have gathered in the prison yard.

She starts by asking the inmates to make a big circle, and then, one by one, they begin reading a list of CDC-recognized adverse childhood experiences.

About 40 of the inmates took a step forward.

According to the CDC, around 60% of adults have at least one traumatic childhood experience, compared to 97% of inmates.

"Did you live in extreme poverty, or often or very often experience hunger? Step inside the circle," Horstman said.

Incarcerated people have an average of at least five traumatic childhood experiences.

"If your parents were ever divorced or separated, step inside the circle," Horstman continues.

About 90% of inmates step inside. Often as inmates start to see how common their childhood trauma is among other prisoners, they start to share.

"When I was 12 years old, my mom, she bounced out and she was, I don't know where she was, I think she was smoking dope with the homies and she left me with my brothers and sisters. My sister was only like 3, my brother was very young. And we had no food, or nothing, no electricity in the house," Rael said. "I took my brother and sister to the neighbor's house and then the cops picked me up at school and took me to foster care."

Rael scores nine out of 10 ACEs that he has lived through, nearly all of the most traumatic things a child can experience.

"It is a public health crisis," she said. "It affects everything from our learning to our health, to our behavior to our mental health to our development."

Burke Harris tells the inmates her goal is to cut adverse childhood experiences by half in a generation. To do that, they're looking at training educators and health professionals.

"ACEs are not destiny," she said. "We have the power to change outcomes. Since January of 2020 we have trained more than 20,000 healthcare providers on how to screen for ACEs and how to treat with evidence-based intervention."

Until then, these men will have to face the reality of what they've done, but at least now they have context, Horstman said.

"It's not that what they did was OK, absolutely not, it's that we have to understand the mitigating circumstances," she said. "Those men aren't bad people, they did bad things but they are not bad people. They are highly traumatized."

Rael, who has three and half years left on his sentence, is coming to terms with his trauma and the one he inflicted.

"Back then I didn't understand the whole trauma domino effect of things but now I do, and if I could, I would meet those people one-on-one, face-to-face and apologize to them with my whole heart and tell them that I'm sorry."

He sometimes fantasizes about what his life might have been like if he hadn't experienced so much trauma. In prison, he has learned he loves to draw and has a talent for masonry.

"I'm just learning how to use that and fuel those dark parts in my life to make me a better person and move on," Rael said.