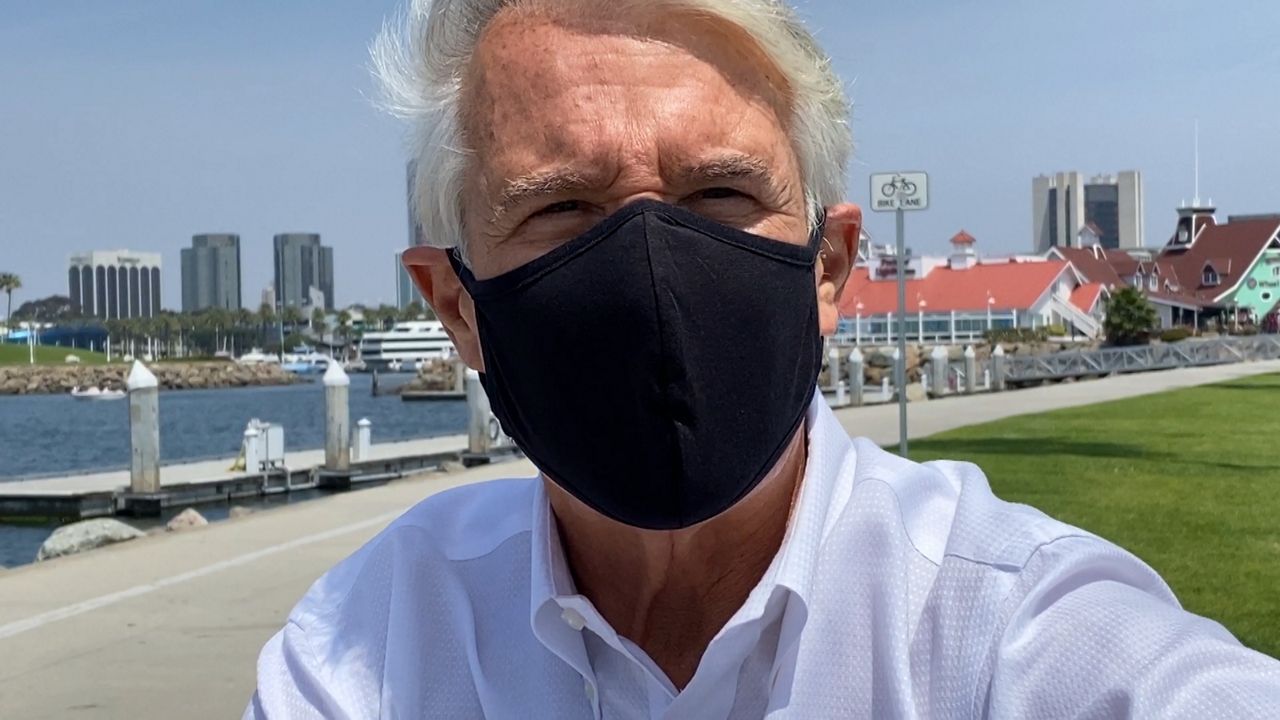 LONG BEACH, Calif. – As a candidate in one of the most watched political races in the county, you’d think George Gascon would be out shaking hands every day.

But like the rest of us, he’s logging onto Zoom. Amid a pandemic, he has more than ambition at stake.

“Well certainly not in our lifetime has anybody been in this set of circumstances,” Gascon said.

Gascon left his job as San Francisco’s District Attorney to be closer to his 93-year-old mother.

But the pandemic has them separated once again.

“Occasionally we can go see her through glass but literally she has a phone and I have a phone,” Gascon said.

Outrage over the death of George Floyd has ignited calls to reform police departments and the district attorneys who are responsible for charging police officers in controversial use of force cases.

Gascon, a former LAPD assistant chief, hopes to be the man for the moment. He’s running against L.A.’s incumbent District Attorney Jackie Lacey, who is the subject of weekly protests by the Los Angeles chapter of Black Lives Matter. (When contacted for this story, a spokesperson for BLM-LA said the group does not endorse specific candidates for office.)

“For the first time in my life I see, not simply the African American community, crying out for justice, but I’m seeing other communities, I’m seeing the white community talking about Black Lives Matter and that to me offers a tremendous amount of opportunity and hope,” Gascon said.

Gascon is an insider turned reformer, who rose through LAPD’s ranks to become assistant chief under Bill Bratton.

Now, he supports the movement to re-direct LAPD funds to social services and other civilian jobs, telling Spectrum News 1 the LAPD doesn’t need so many officers.

But the co-author of Proposition 46, the initiative that made drug possession and shoplifting misdemeanors, has his critics on the left. As DA in San Francisco, he did not charge the officers in the high-profile case of Mario Woods, a stabbing suspect who was shot 20 times by five police officers.

Lacey’s campaign recently released a digital attack ad about the Woods case, noting it inspired then-San Francisco 49er Colin Kaepernick to take a knee during the national anthem for the first time.

Gascon stands by his decision.

“I had constitutional experts. I had the dean of the law school review it for me…everybody came to the conclusion that we did, that under the law at the time it was not a prosecutable case,” Gascon said.

But California’s use of force law has become stricter since Gascon was last a DA. Now, he says he’s willing to use it to prosecute officers inside the very department he used to serve.