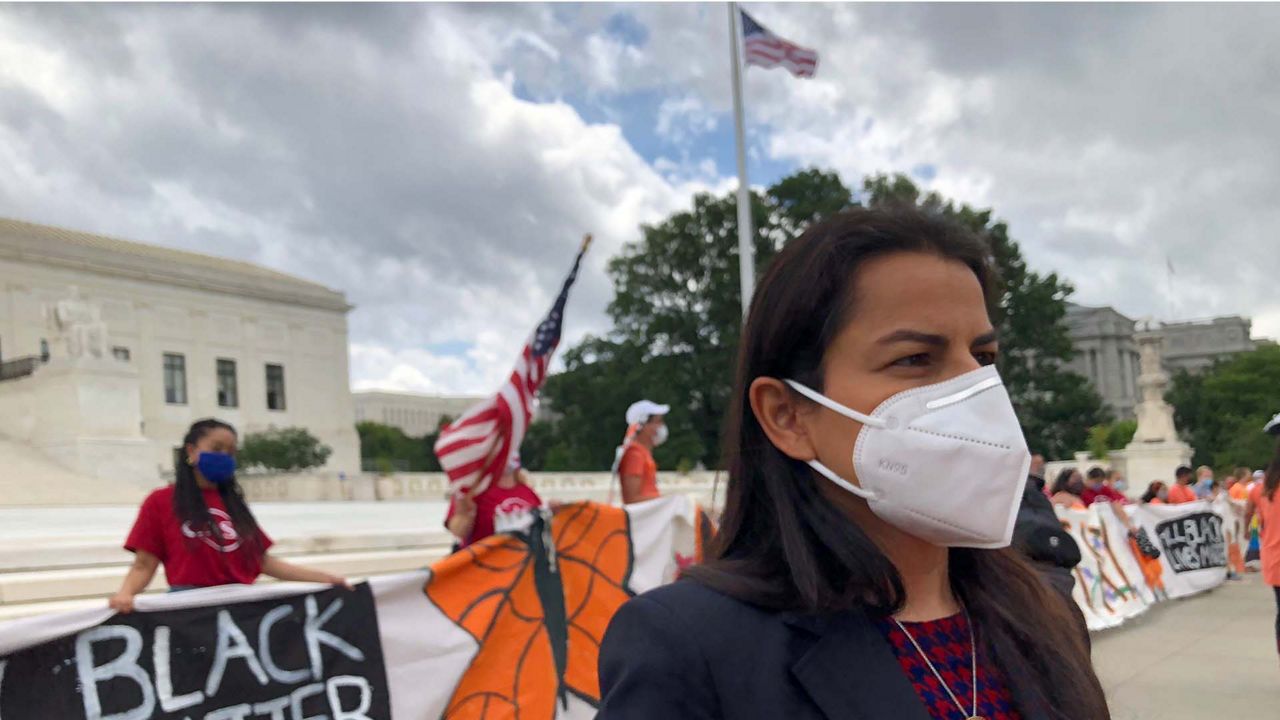 Congressional Lawmakers Say the Fight Isn’t Over for DACA

WASHINGTON, D.C. — Hundreds of thousands of Deferred Action for Childhood Arrivals recipients rejoiced over the Supreme Court ruling on Thursday that blocked the Trump administration’s attempt to end the Obama-era program. President Trump Friday morning said, “nothing was lost or won.”

Meanwhile, in California, community organizers are celebrating, but Democratic lawmakers maintain there’s more to fight for, saying this is a big win for recipients, but that they’re not fully protected.

A DACA recipient, Robertho Martinez, gathered with others in front of the Supreme Court steps Thursday, cheering about the monumental victory.

“I was happy,” Martinez said. “My family was happy because the Supreme Court decided they were in our favor. So, we are happy that we are going to be here for longer.”

The 5-4 ruling protects immigrants who were brought to the United States as children from deportation, like Martinez, as long as they’re enrolled in the two-year renewal program. One conservative, Chief Justice John Roberts, sided with the more liberal justices.

“I was scared,” Martinez said. “We were in the shadows for more than 13 years.”

For now, Martinez sighs a breath of relief, but some California lawmakers say DACA recipients should understand this is just temporary protection. Los Angeles Democrat Nanette Barragan said she’s advocating for the Dream and Promise Act which could legislate a pathway for recipients to gain U.S. citizenship.

“The fight is not over,” Barragan said. “We’ve got a lot of work to do and we’ve got to get permanent legislation through to get these permanent protections.”

Barragan is calling on the Senate Majority Leader Mitch McConnell to bring the bill to the Senate floor, so DACA recipients can feel certain they’re here to stay.

On Thursday’s decision, Justice Roberts said he ruled not on the program, but rather on how he believed the Trump administration failed to provide an adequate reason to justify ending DACA.

“I think it’s just a confirmation that this administration does whatever it wants,” Barragan said. “It doesn’t follow the law and it needs to because the Supreme Court will be here to say ‘No, we’re not going to allow it to happen and we’re going to stop it.’”

President Trump criticized the high court, calling the decision “politically charged” and for new justices to be appointed, pledging to release a new list of nominees before the November elections. The president tweeted: “If the Radical Left Democrats assume power, your Second Amendment, Right to Life, Secure Borders, and Religious Liberty, among many other things, are OVER and GONE!”

The recent Supreme Court decisions, not only on DACA, Sanctuary Cities, Census, and others, tell you only one thing, we need NEW JUSTICES of the Supreme Court. If the Radical Left Democrats assume power, your Second Amendment, Right to Life, Secure Borders, and...

Martinez said this isn’t about politics, but rather human rights, and said from coast to coast, immigrants deserve to be here.

“We’re all Dreamers,” Martinez said. “We all feel each other, so even though they’re on the other side of the country, we’re here to represent you, every immigrant youth.”

The Supreme Court has already let the Trump administration know how to resubmit court documents. As for the congressional bill that could pave a pathway to citizenship for DACA recipients, it passed in the House this time last year, and now there's a renewed push from Democrats to get that bill onto the Senate floor.