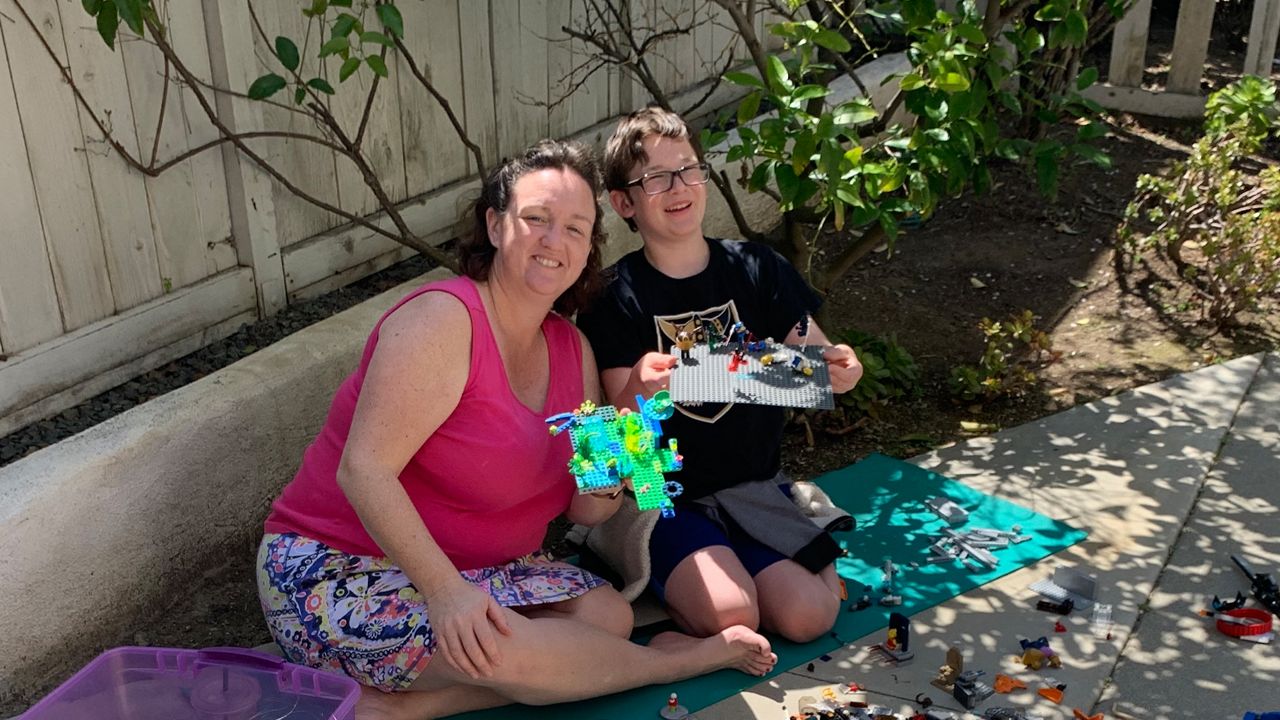 WASHINGTON  – U.S. House members will not return to Washington next week, reversing the plan they announced just hours before. House Democratic leaders say the Capitol Attending Physician emphasized the dangers of coming back into the city and said the numbers of coronavirus infections in DC are still going up.

Yet the Senate is scheduled to come back Monday.

Republicans are increasing pressure on Democrats to reopen the House and, especially in this time of need, to move coronavirus bills forward. Some members, like California’s 45th District and Irvine Democrat, Katie Porter, are relieved members aren’t risking travel to gather in-person on Capitol Hill.

But, like with any profession, staying at home comes with new duties to tackle.

“I think it’s a challenge that a lot of people are facing,” Porter said. “I know a lot of our teachers, for example, are trying to do distance learning while their own kids are out of school and they’re trying to help their own kids.”

Porter is the only single mother in Congress, raising three children on her own right now.

She’s juggling that, on top of introducing legislation for coronavirus mental health funding, securing free testing and medical supplies, and raising millions of dollars for her reelection, more than 30 times her Republican opponent Greg Raths, according to Roll Call.

“So one of the challenges is my conference calls are sort of between the 10 a.m. and 2 p.m. window because that lines up well with what’s going on, on the East Coast, but 10 to 2 is also prime time for my kids to need my help with their distance learning activities and of course with lunch,” Porter said.

“So I can’t tell you how many times I’m on video calls or interviews I’ve done where I’m right in the middle of saying something and my daughter’s tapping me saying ‘I’m hungry’ and she wants peanut butter and jelly and this kind of thing. So it’s part of being flexible and adapting to the situation which so many Americans are doing right now.”

Porter also fought COVID-19 symptoms for days, and self-quarantined for weeks, while fighting for remote testing legislation, which has since been stalled by congressional leaders.

“I was sick for seven to eight days,” Porter said. “I didn’t feel good at all; I then began to have a fever. The flu test came back negative, so I didn’t have the flu. The COVID test also came back negative but we’re concerned for the rate of false negatives, could be as high as 30 to 50%.”

It’s another concern Porter is looking into, now that she’s feeling better. She said this has truly been a memorable freshman year, so far.

“It has been a very unusual first term in Congress. It’s the only one I know, of course,” Porter said. “We came sworn in, in the middle of a government shutdown; we had the impeachment trial and all that. As a class, we have had to build really strong relationships because these have been very stressful situations.”

She said staying at home has given her even more appreciation for single mothers and fathers, as well as families out there, who juggle many hats throughout the year, not just during the coronavirus.