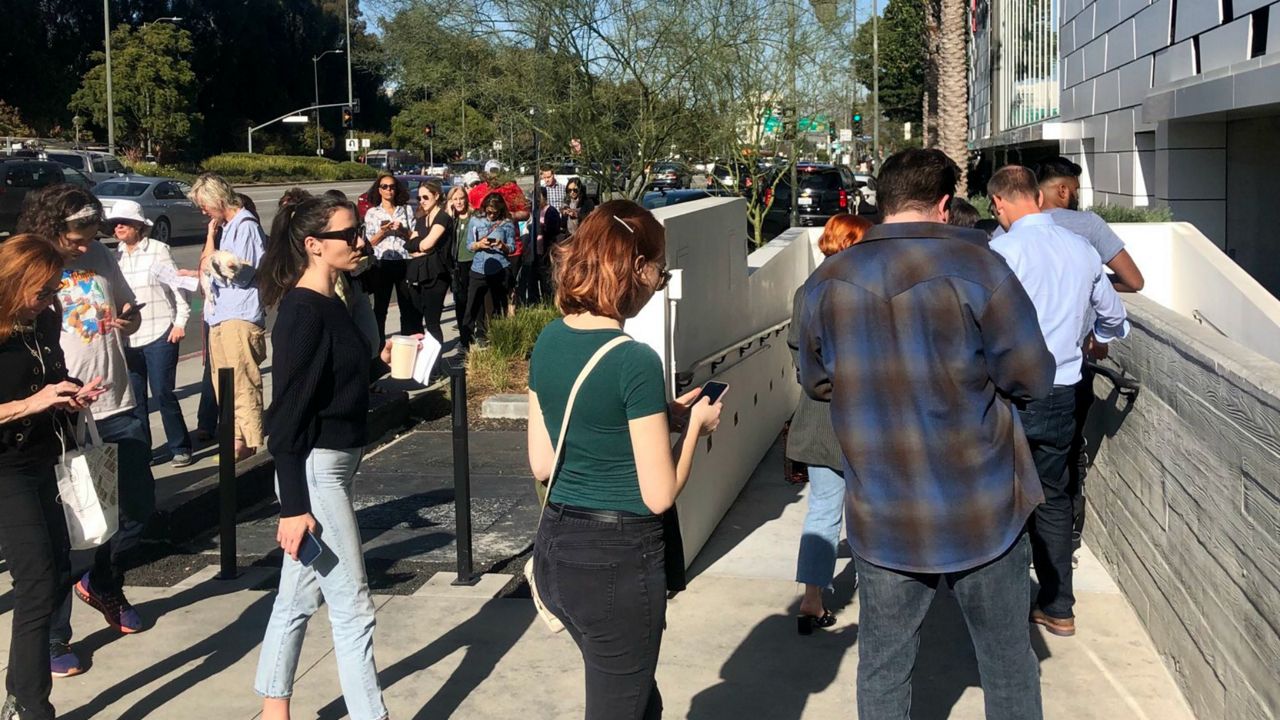 CALIFORNIA – Southern California voters weighed in on the Democratic presidential primary and a host of local issues on this Super Tuesday.

California was one of the 14 states participating in Super Tuesday, the biggest day on the calendar in the Democratic primary race. California is arguably the day's biggest prize with 415 of the total 1,357 delegates up for grabs on Super Tuesday belonging to the Golden State.

8:05 p.m. — Just after the polls closed in California, Bernie Sanders was announced the projected winner of the California primary by The Associated Press.

Latest on #SuperTuesday in California:

-Bernie Sanders projected winner of #CAPrimary, according to @AP.

-Many who got in line before 8 p.m. are still waiting to vote.

-Of the state's 415 delegates, it's not yet clear how many will go to Sanders.

After a South Carolina primary that saw a surge from Joe Biden and several high-profile candidates bowing out, the other Democratic candidates on the ballot for president in the California primary were Elizabeth Warren, Mike Bloomberg, and Tulsi Gabbard.

6:52 p.m. — It's just over an hour until the polls close in California, but LA County Registrar-Recorder Dean Logan has tweeted that vote centers will remain open for voters who arrive before 8 p.m.

6:00 p.m. — We've seen social media posts from SoCal voters describing long lines and wait times of an hour or more. What was your voting experience like today?

SoCal residents, how was your experience voting today?

5:00 p.m. — Vice President Joe Biden received a raucous reception at Roscoe's Chicken and Waffles in Los Angeles, fresh on the heels of the news that he'd claimed victory in the Virginia Primary. Biden was accompanied by Los Angeles Mayor Eric Garcetti who is the national co-chair of his presidential campaign.

Vice President Joe Biden was upbeat as he received a raucous reception at Roscoe's Chicken and Waffles in LA Tuesday afternoon hot on the heels of the news that he'd won the Virginia Primary.

4:05 p.m. — Voters on social media are reporting long lines and wait times of an hour or more at some voting centers.

2:45 p.m. — In SoCal, voters across L.A. County will be using new voting machines for the first time and new vote centers that replace traditional polling places. What was the voting experience like for you today? Let us know on social media using the hashtag #sharesocal.

It’s #SuperTuesday and @SpecNews1SoCal wants to know how your voting experience was...
what did you think of the new machines? Did you have to wait a long time? Did you have trouble finding your polling place? send us ur comments and pics using #sharesocal #ElectionDay #vote pic.twitter.com/WDVraM0pIr

Almost two hour wait at West Hollywood polling site where there are only two iPads to sign in people. #SuperTuesday pic.twitter.com/BSw8LpDZp7

12:15 p.m. – "This is the most important election of your life," said Los Angeles Mayor Eric Garcetti.

Garcetti joined voters in casting his ballot on Super Tuesday. He reminds locals that this election is about more than the presidential race as voters will select the next city council members and judges, as well as determine the outcome for several ballot measures.

"This is the most important election of your life."@MayorOfLA Eric Garcetti joined voters in casting his ballot on #SuperTuesday. He reminds locals that this election is about more than the presidential race.

Tonight on #SuperTuesday I’m covering the LA County District Attorney race for @SpecNews1SoCal. In order to help you get to know the three candidates better, I’ll be posting some threads shortly of how they each answered a few big questions about the election and their platforms.

8:11 a.m. – Anchor Amrit Singh shows voters behind the scenes at a voting center in Southern California. Centers across the state are busy with a high volume of mail-in ballots.

BTS of a voting center in SoCal - it’s mail-in-ballot mania! PS Join us for live Super Tuesday election returns from 5P until forever @SpecNews1SoCal. I’ll be hosting from a watch party in DTLA with a carousel of politicians, LMU students, and tacos joining. #SuperTuesday #vote pic.twitter.com/MHhnch0UFG

Polling centers will be open through 8 p.m. Tuesday night. You can find an L.A. County Vote Center here.

Polls are now OPEN! Stop by any Vote Center through 8 pm tonight to cast your vote https://t.co/5Sr1sVOM6J #LAVotes pic.twitter.com/BHRJsT0s5B 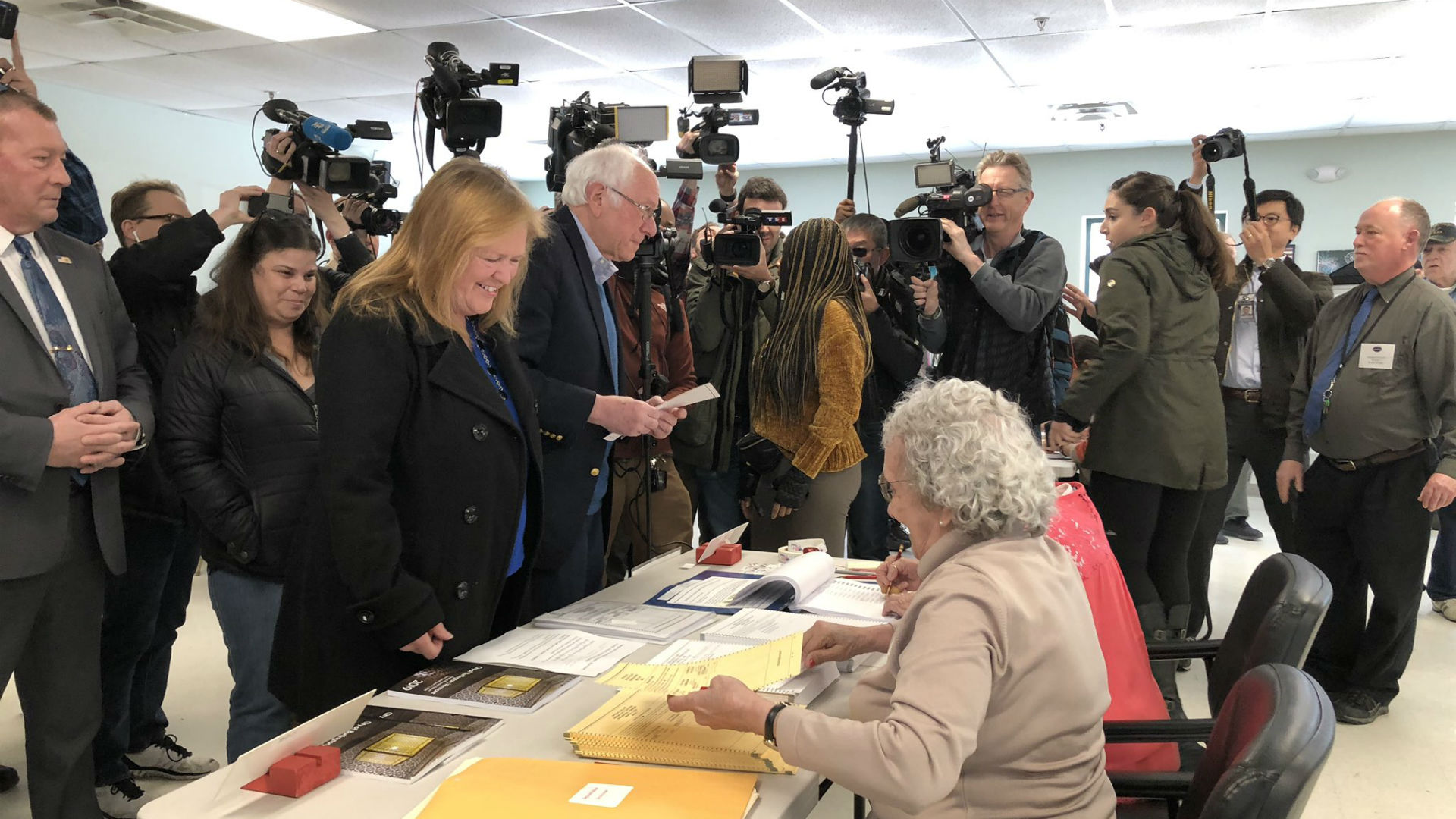 7:45 a.m. – Spectrum News 1 Washington political correspondent Em Nguyen is stationed outside of the polling location in Burlington, Vermont where Bernie Sanders voted. The senator joked that at least there would be two votes for his name in Vermont.

SUPER TUESDAY| I’m at the polling place where @BernieSanders is expected in the next hour. It’s about half a mile from his neighborhood. pic.twitter.com/ucuwEwT5Ch

SoCal in 17 podcast host Alex Cohen and producer Esther Lee trekked over to Bel Air to cast their ballots and test out L.A.'s brand-new voting system.

In tomorrow's #CaliforniaPrimary LA's new voting system will be used for the first time. Anchor @alexcoheninla put it to the test in the latest #SoCalin17 podcast.

Have you used LA's new voting experience? What was your experience like? https://t.co/Uw4qzOYchd

On California Primary day Loyola Marymount University students will be overseeing 200-plus students who will gather exit polling data at voting centers on Super Tuesday. The program gives students an opportunity for hands-on field research and to be a part of history.

On #CaliforniaPrimary day @LoyolaMarymount students will be overseeing 200+ students who will gather exit polling data at voting centers on #SuperTuesday.

The program gives students an opportunity for hands-on field research and to be a part of history.https://t.co/QzlOS1d2g2

RELATED l Every Important Date in the 2020 Presidential Election

Although the nominating conventions are still months away, the candidates who come out on top on March 3 will have a meaningful head start.

The first Tuesday in March is known as #SuperTuesday because there are more primaries held on this day than any other day of the election season.

This year, with the addition of California’s primaries, the results will be more significant than ever.https://t.co/tO8upsOwMp 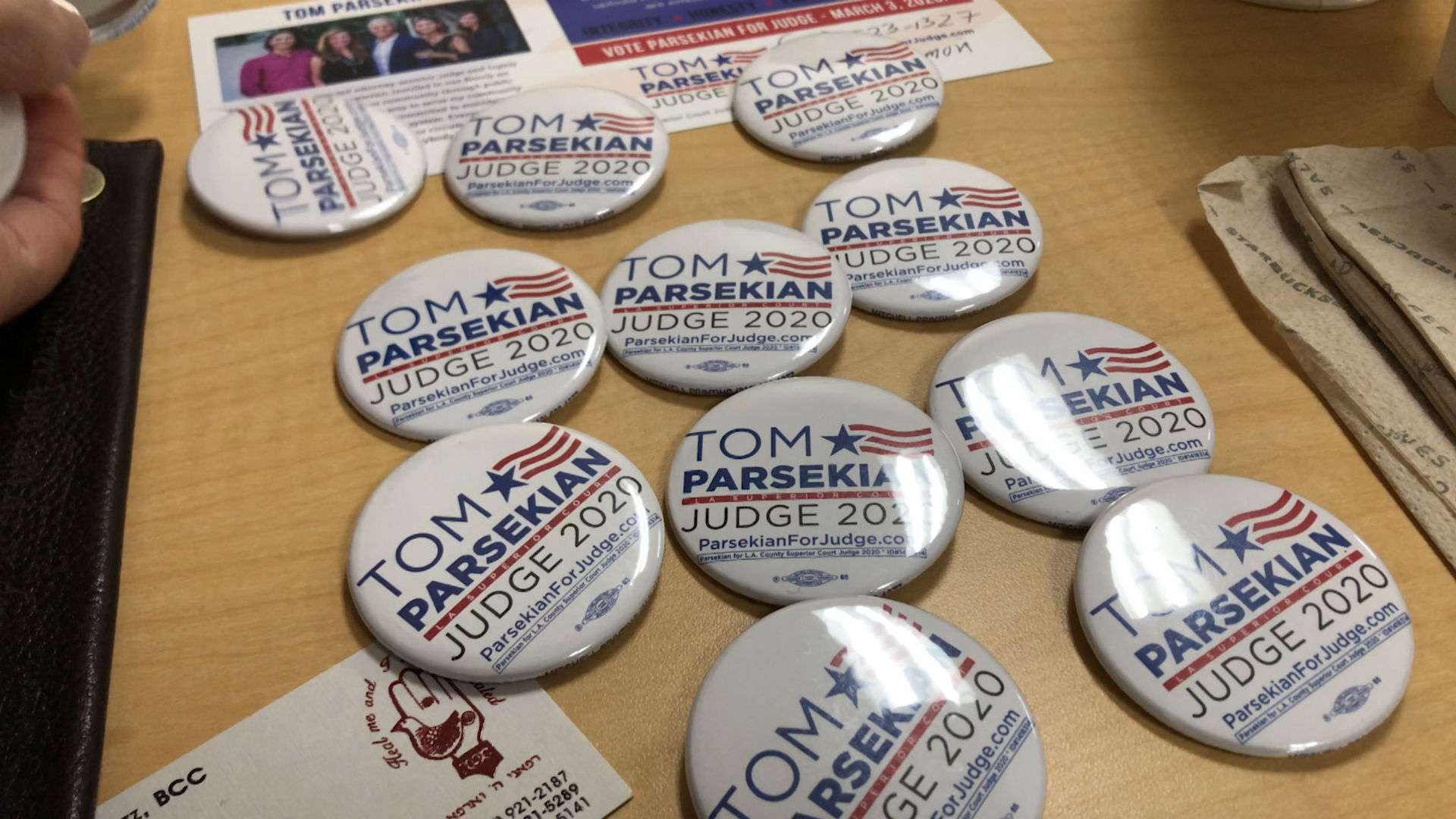 In the California primary election on Super Tuesday, 23 candidates are vying for nine contested offices at the L.A. County Superior Court. All offices are open seats.

Are you ready for #SuperTuesday?

California’s Secretary of State Office is working hard to answer all your questions ahead of tomorrow’s presidential primary election.

The @CASOSvote hotline is taking calls in 10 different languages until 8p tonight, and from 7a-8p tomorrow. pic.twitter.com/wlEfsp6iXy