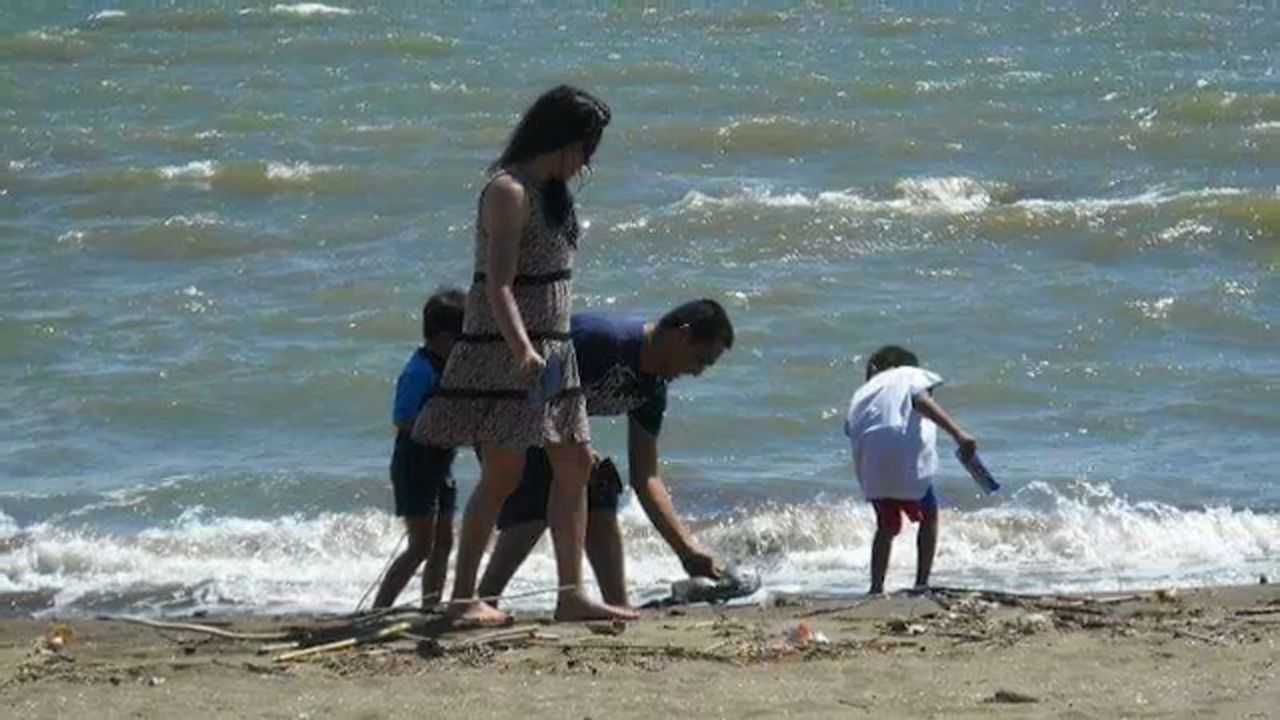 LOS ANGELES — These are much happier times for Angela Guanzon.

You might not think doing records and billing for a medical office would be a source of laughter and fulfillment, but for Guanzon the job is a godsend because she is working now by her own free will.

“Whatever happened to me before, it was my history. You can’t forget but you don’t hold onto it,” Guanzon said.

Guanzon came to the U.S. from the Philippines in the late 2000s. She met a woman in her home country who promised her a visa and the chance to make money in the United States if she agreed to work for her. She recalls feeling the desperate desire to just help her family.

“At the time, I was overwhelmed. All I want is just to work, to save money to send money to the Philippines because my father is sick,” Guanzon said.

Guanzon wouldn’t see her father again, he passed away while she was here in the States. And the work she was promised by the woman turned out to be a nightmare agreement.

Guanzon said her passport was taken and she was told she’d have to work 10 years to pay off the costs of the visa and ticket to the U.S. She received two days off a month working around the clock at an assisted living facility serving elderly dementia patients.

“We don’t have a room, we just sleep on the floors in the hallways or on the couch or reclining chair,” Guanzon said. “I just cried and I couldn’t show it to my coworker.”

Today, her relationship with her coworkers looks much different. In fact the one she works right alongside, Ema, is also a survivor of labor trafficking.

Guanzon worked two years in exhausting conditions and in fear until a neighbor reached out to local nonprofit, CAST, the Coalition to Abolish Slavery and Trafficking, which ultimately worked with the FBI to free Guanzon.

“People think that when you are trafficked you’re going to be tied up, or put in a van or snatched. But I came with a legal visa,” Guanzon said.

During just the pandemic, cases surged 185%, which is why Buck says it’s important for people to be aware of this issue.

Labor trafficking in particular tends to be camouflaged among our daily lives in unregulated industries like hospitality and domestic worker services.

Buck said trafficked migrants have been smuggled across our border, but are also flying in from more than 70 countries on work visas.

“All our cases are somewhat different. Most importantly, survivors are vulnerable in some way, maybe it’s a vulnerability where they come from a very low socioeconomic status and they’re trying to escape that to have a better life for themselves or their families. Other times they’re fleeing violence,” she said.

Buck says we have a long way to go to strengthen our systems so that survivors get justice and she’s actively working on legislation to support that mission.

As for Guanzon, today she can smile and laugh because she’s forgiven her trafficker, but she will never forget.

“If I could ask her, I’m going to ask her, why she did that to me? Why? Is it money? Is it really more important than a human being?  Because all I could see is the way she treated us and the way their life is, it was because of money,” she siad.

Guanzon hopes her story inspires other victims of trafficking to seek help — and puts a spotlight on this growing problem so that those hidden among us are finally seen.

If you or someone you know needs help please reach out to CAST’s free and confidential hotline: 888-539-2373.