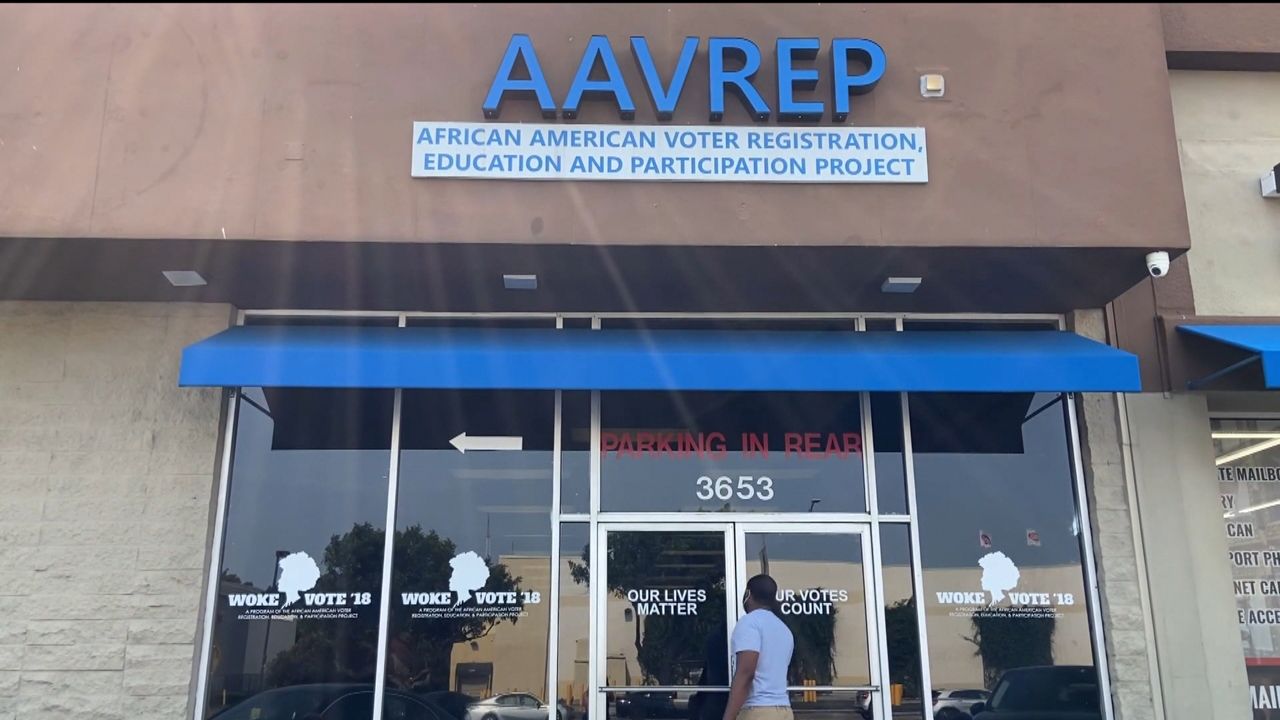 LOS ANGELES — The Black community in California could make or break the recall election for Gov. Gavin Newsom.

The African American Voter Registration, Education, and Participation Project is hitting the phones and streets to spread the word about the special election.


Pastor Eddie Anderson is just as passionate about voting as he is about sharing his sermons at church. This is why, on his time off, he puts on his street clothes and heads to the AAVREP office to help spread the message about the election.

"For Black folks, we’ve always won in the streets and in the ballot," he said. "We’ve already shown up in the streets, so we have to go back to the ballot box and vote again."

AAVREP is leading the African Americans against the recall movement and wants to reach as many community members as possible. That's why Anderson is volunteering to make calls, hand out flyers and help teach about the election.

"We want to make sure people are well informed on what the issues are and how you should vote and what that means," he said. "A 'no vote' says we like what the governor is doing. We like his policies."

The Black vote has changed the outcome of elections in the past and even helped get Newsom in office the first time. According to AAVREP, Black voters are 9% of the state’s registered voters, so Anderson knows this will be crucial in keeping the governor in office — which he says is important for the Black community.

“That 9% can change the trajectory of who gets elected and what policies are passed,” he said.

Malia Cohen, a member of the California Board of Equalization, echoes the importance of the Black vote nationally — but also specifically here in California for the recall.

"Each and every time the African American community engages, that’s when the needle moves," she said. "That’s when change happens. We are talking about a group of people that are coming up and raising up and standing on our forefather and mothers’ shoulders."


Cohen explained that in the past, the Black voter turnout was low because the community was historically ignored. Over the last few years, however, there has been more education, resources, and engagement. She feels it's important to continue the message to vote.

"I hopped on a few calls myself over the weekend, and it is eye opening how many people are unsure if they will even vote," said Cohen.

Anderson hopes to clear up any confusion about the election.

Therefore, Anderson will keep sharing the message on the streets until voting day on Sept. 14.