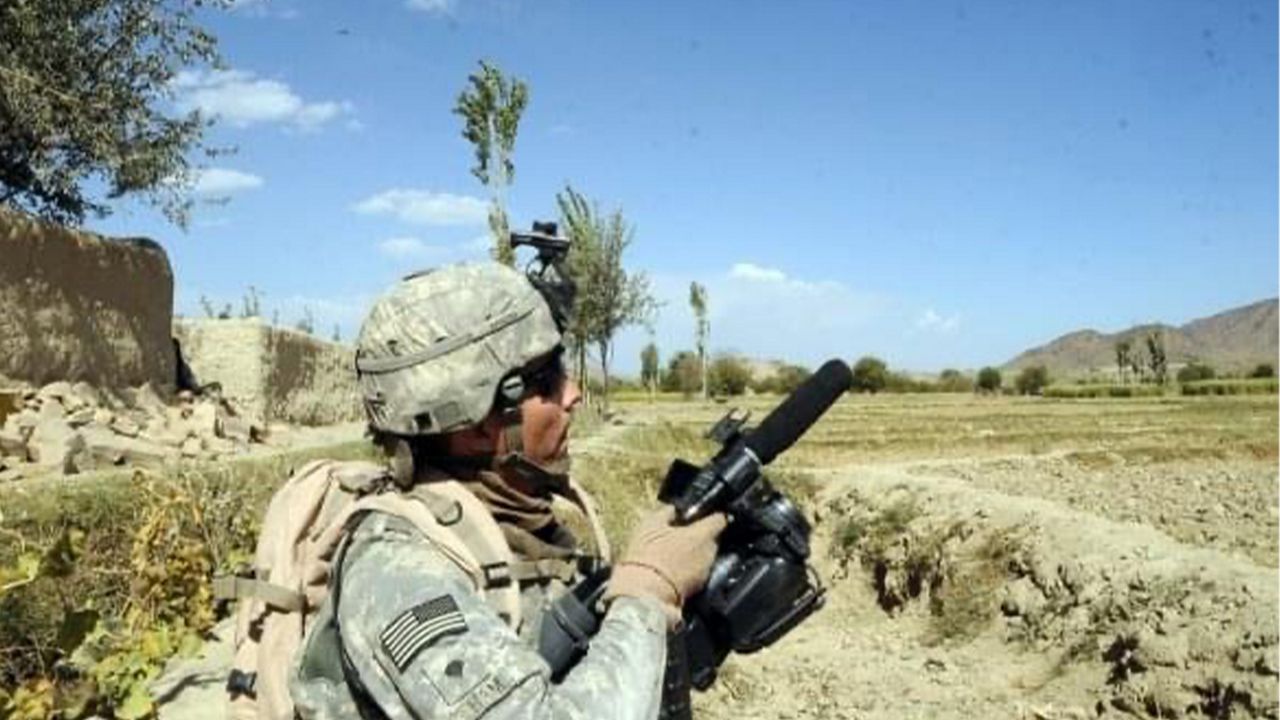 WEST LOS ANGELES — It's a busy day for Army veteran Robert Ham, who's in between meetings about creating content for the West Los Angeles VA campus. It's a place he's very familiar with.

"This is the largest land of VA property in the United States," Ham said.

Originally from LA, he joined the military in 2007 as a public affairs combat videographer. He deployed to Afghanistan in 2009 and was there for a year.

"We created content for the brigade, to tell the soldiers' story of what our soldiers were doing, while we were there, so I did videos and documentaries," Ham said.

He's now a documentary filmmaker about the war. Walking around the more than 600-acre campus on his lunch break, he stops at a structure called "The Mayor's Building."

"They used to have a mayor who used to basically oversee everything that happened here at the VA," Ham said.

There's a lot of history on this campus and our nation's military. Still, the latest page in the history books was the announcement on Wednesday by President Joe Biden to withdraw troops from Afghanistan by Sept. 11, 2021. Ham's feelings around Biden's announcement are torn.

"There's a chance that the Taliban can have power again in that country, and if they continue to oppress people as they were, that makes me sad. And yet, we've also been there for 20 years. We've spent trillions of dollars, thousands of soldiers, you know over 20,000 service members have been wounded, and those wounds never completely heal," Ham said.

While certain burdens that veterans carry will never fully go away, Ham feels he's contributing to his community by creating two documentaries. One of them is about his interpreters, who he said deserve American citizenship.

"Give them visas to enter this country because they're hard-working, they love freedom, and because they fought alongside of us, it's unsafe for them," Ham said.