The Spring Street side of LASHP, near where the LA ART gondola project has proposed placing a station on park grounds. (Alex Baker/Spectrum News)

But down on the ground, advocates for the historic park are raising red flags.

Nestled between Chinatown and the L.A. River, the park is a 32-acre long expanse of greenery that on a clear day offers unobstructed views of the downtown skyline and the San Gabriel Mountains. Abutted by two of L.A.'s oldest remaining buildings, the Flat Iron building (1890) and the Capitol Milling Company (1883), LASHP is also home to the Zanja Madre, or "mother ditch," an eighteenth-century aqueduct that once conducted water from the L.A. River to downtown. 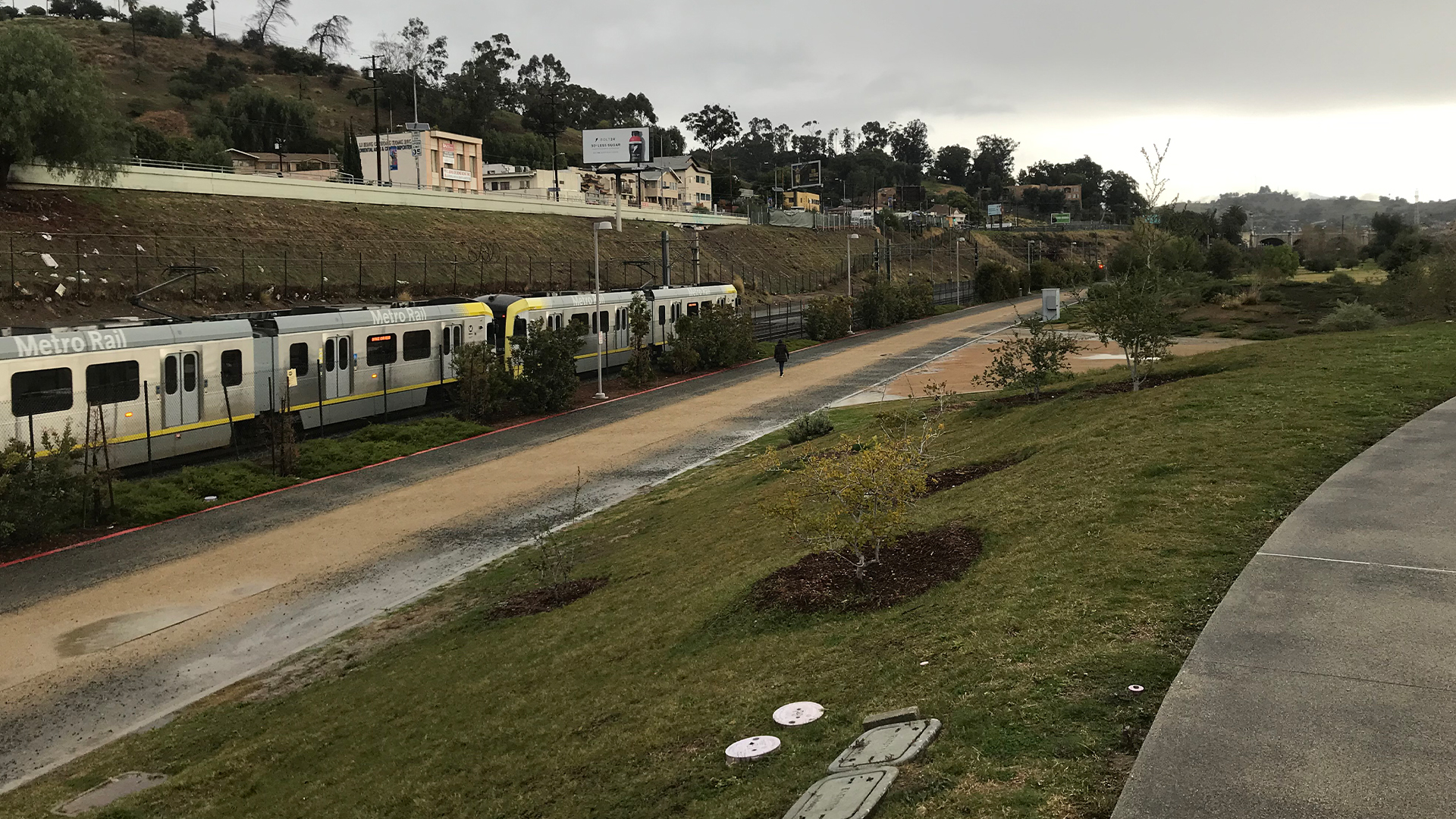 A five-minute drive from the concrete jungle of DTLA, LASHP has provided east side residents with a green and open respite from city life since it officially opened in 2017.

However, it was little more than a year later when word emerged of L.A. ART's proposed plan to run a gondola over the park and potentially install a station on park property. Park advocates and residents who'd fought for 16 years to make LASHP a reality were broadsided.

"When we heard, you know, very kind of like under the radar, not with a lot of notification, that there was this NOP (Notice of Preparation) that went out that Metro put out for a gondola project to be located at L.A. State Historic Park, it definitely raised a lot of questions for us about why would they be doing this on public lands," Meltzer said.

Advocacy groups such as Clockshop and Los Angeles River State Park Partners, which both work in partnership with California State Parks, are leading the organized opposition to have a gondola station placed on park property. Meltzer said the process has been frustrating, citing, among other things, a lack of transparency regarding the specifics of how the plan would impact the park and a seeming unwillingness to hear feedback from the public. 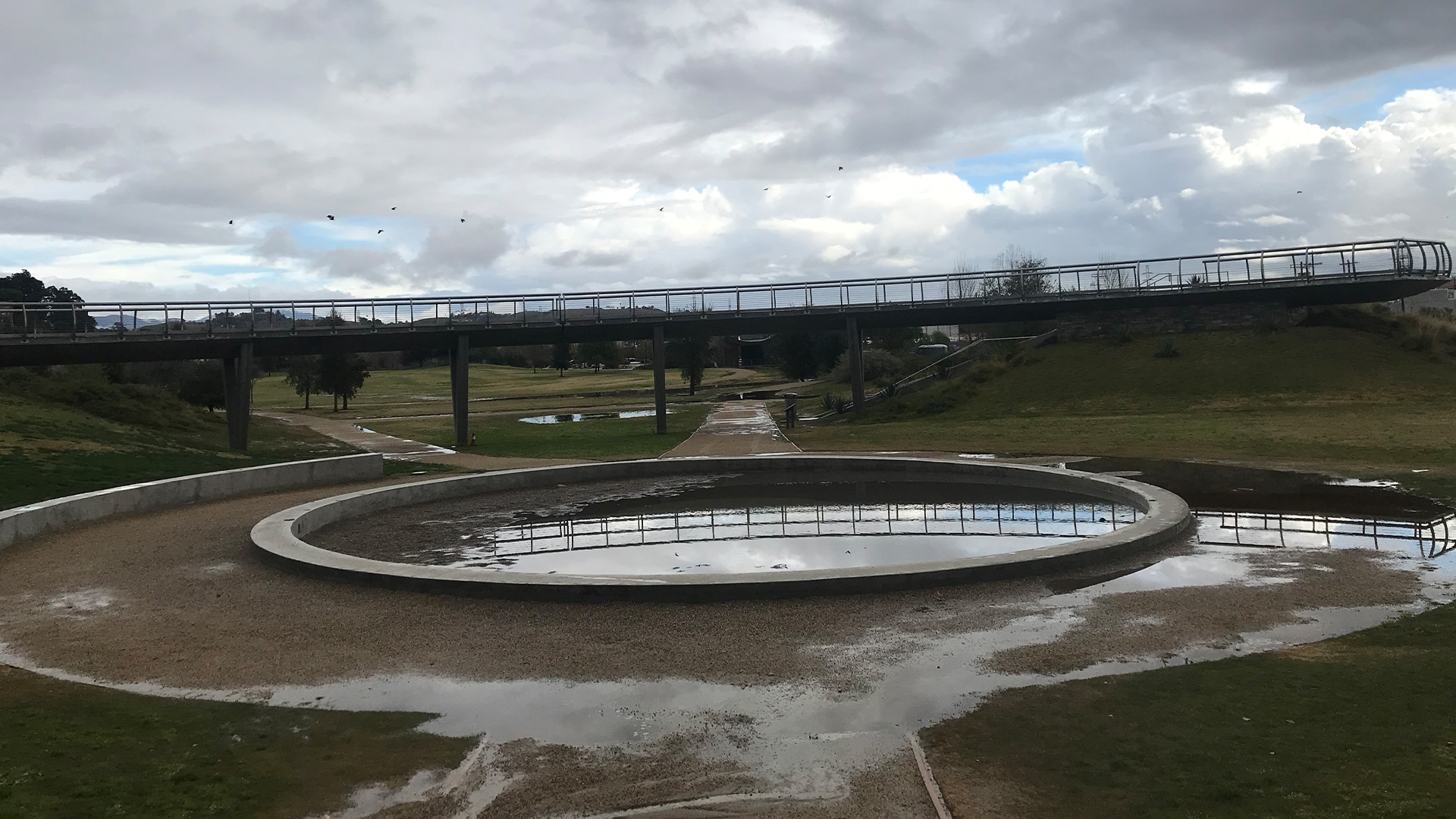 "Quite frankly, it was just very hard to get information out of Metro and the common period was very, very, short, and it seems like they basically didn't want to hear from the community about this project, that they were just kind of trying to get it in under the radar, in under the wire, and the more that we looked into it, the more questions were raised," she said.

The Broadway alliance, which park advocates have deemed more acceptable, would see the gondola tracing the Metro L (Gold) Line's tracks along the edge of the park and place an intermediate station at the intersection of North Broadway and Bishops Road.

"I think it makes more sense to have it be located right next to the Gold Line, which is the Broadway alignment," Meltzer said. "I mean personally, I feel like, with either of them, there needs to be more disclosure about the size of the towers and where they're going to be located."

Public scoping for the project was completed in November of 2020. According to a timeline put out by Metro, the next phases of the project include distributing a draft environmental impact review, a public review period, a public meeting around the impact review, and preparing the final review.

An FAQ on L.A. ART's website states construction could begin by 2025 and is estimated to take two years to complete, meaning the gondola could be operational in time for the 2028 Los Angeles Olympics.

L.A. Mayor Eric Garcetti told the L.A. Times he was "absolutely confident" the gondola project would happen. With the mayor throwing his support behind the project and an array of local heavy-hitters, including the Dodgers, Metro, and McCourt involved, there's a lot of weight pushing to make L.A. ART a reality.

But Clockshop and its partners, which in addition to the L.A. River State Park Partners, include Friends of the L.A. River, the National Resources Defense Council, and the California Endowment, among others, aren't about to give up park space the community fought so hard to get without a fight.

"That park took 16 years to build and 65 community meetings, that will not be let go of easily. There will be a fight," Meltzer said. "Basically, we're just trying to work with partners and to notify people in the community that this project is happening, and it's not a done deal."

Spectrum News 1 reached out to the Aerial Rapid Transit project at L.A. Metro for comment but received no response. 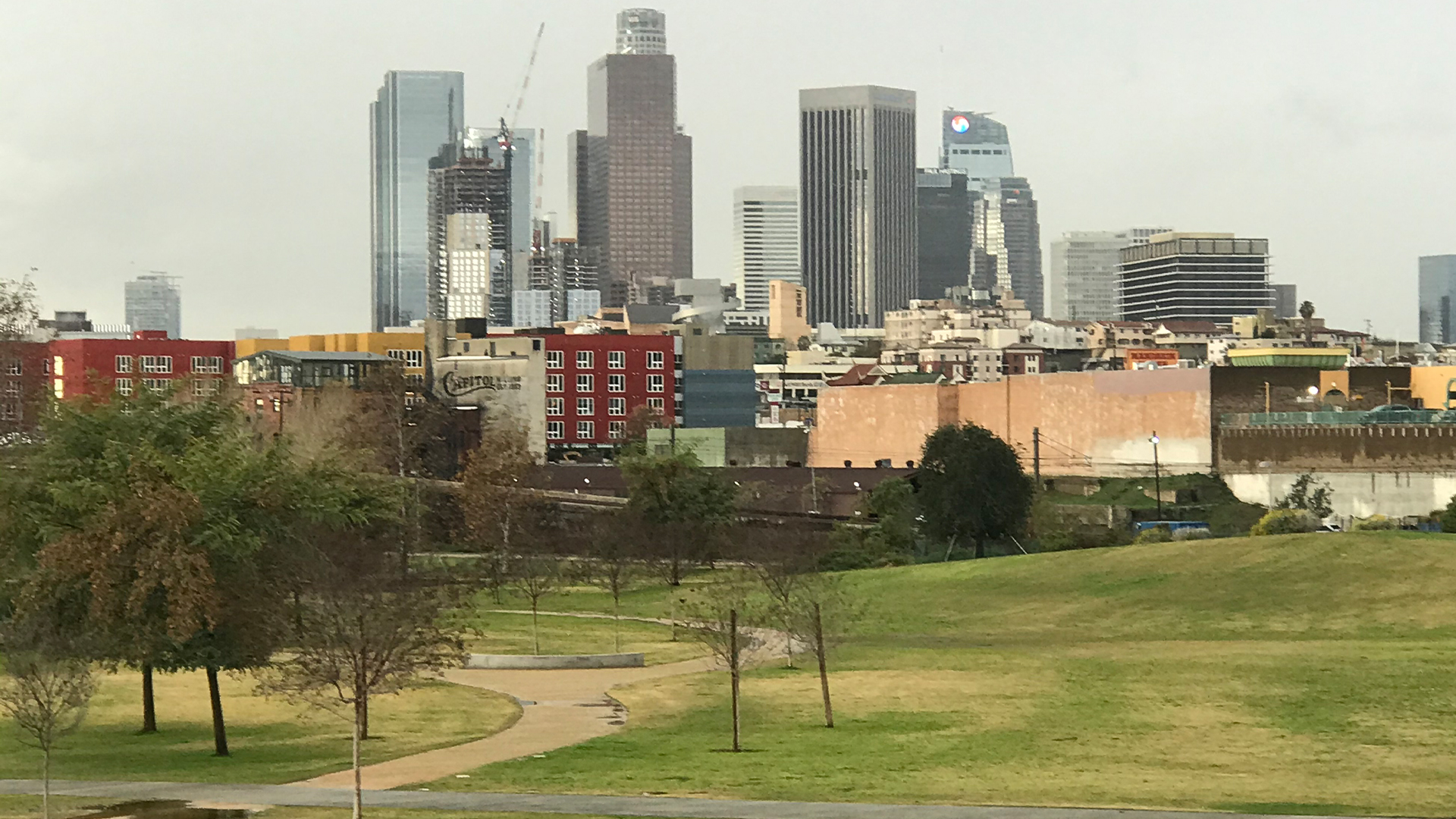