His family members were year-round residents on Sand Island. Dahl looks back on his unique childhood fondly.

“We were so lucky. I call it our Disney World,” said Dahl.

His home on Sand Island’s East Bay was about three miles from the mainland.

“At its peak was probably about 75 or 80 people living out there but no cars, no electricity, running water, none of that kind of stuff,” Dahl said. “Before my time, and I was born in 1942, there was a fairly good sized year round community in what we call East Bay. There were probably 8 -1 0 families.  There were so many families that they even had a school there for about ten years.”

His Norwegian ancestors settled on Sand Island, first arriving in the late 1800’s, to fish the waters of Lake Superior. 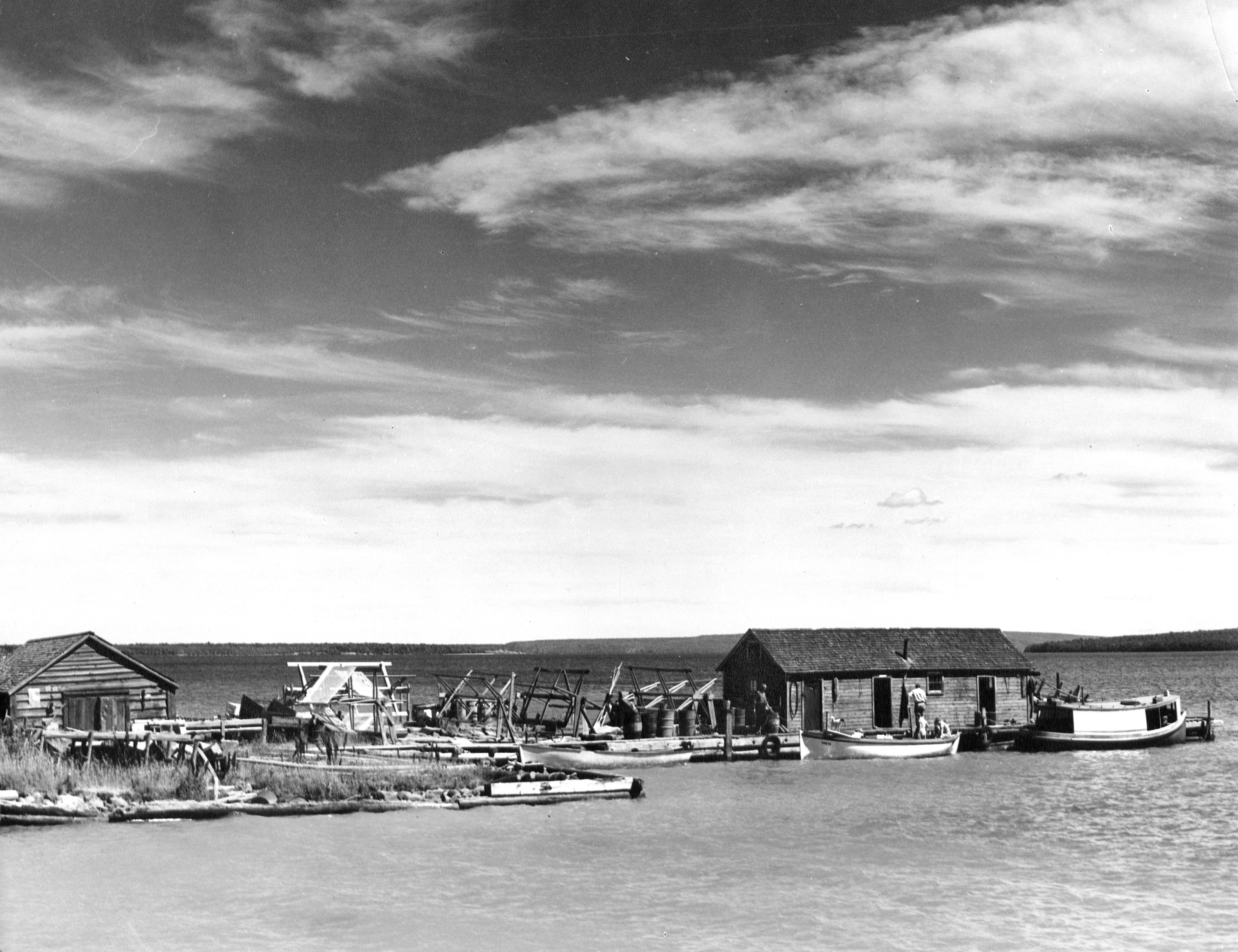 “My grandfather drowned in 1928 while out setting nets in the ice,” he said. “My father’s spot was called Eagle Island Open. He set where one of my great grandfathers set. It’s kind of like old Norway. They had their spots and they didn’t mess with somebody else’s spot.”

By 1944 the school on Sand Island was shut down. Dahl’s family began spending winters in Bayfield so he and his four siblings could get an education. When the ice went out in the spring, his father went back to the island to fish. The rest of the family followed when school finished for the year.

Back to Sand Island, a place of countless adventures for the Dahl kids.

“We’d be gone until we got hungry. Our parents didn’t have any idea where we were,” he said. “There were all of these docks, these rocks, these broken bottles on the beach, these buildings we were in that were rotting for hours on end. We’d come back, grab a sandwich and go back out until it got dark.”

One time while scavenging through an abandoned building on the island, Bob found a relic of the prohibition era.

“The Canadians would come through there a lot and I remember going through one of the old barns that was unoccupied and there was a barrel in there that said product of Canada. That was whiskey that was brought through,”said Dahl.

Other families and children would be on the island during the summers. July 4th was a special time.

“That was a big time to us. There’d be 300 people there and it’d seem like it was in downtown Chicago.”

While going through his grandfather’s diary, Dahl made an interesting observation. On entries for  May 17, Norway’s Independence Day, there was no note of the holiday. July 4 however was an event.

“Almost virtually from the beginning they celebrated the 4th of July. Never once did they mention anything about the 17th of May. They became American citizens almost instantly. As soon as they stepped off the boat, they were American.”

Island life included hard work as well. Gathering and cutting wood, the main source for fuel, and digging outhouse pits stuck out in Dahl’s mind. He compared it to life on the farm.

“You had your chores. You had to do it. You weren’t going to get a mother or dad who was gonna say, ‘oh I’m sorry Johnny, let me do it for you.’ That wasn’t going to happen,” he said. “Not when you’re out isolated like that.  You might go on the end of the dock and pout for a while but…nobody cared!”

Sand Island is now part of the National Park System and a few buildings still remain. Bob Dahl now resides in Jacksonville, Florida. “The Islander: Coming of Age in the Apostle Islands” can be found at  https://www.theislander.store/​.