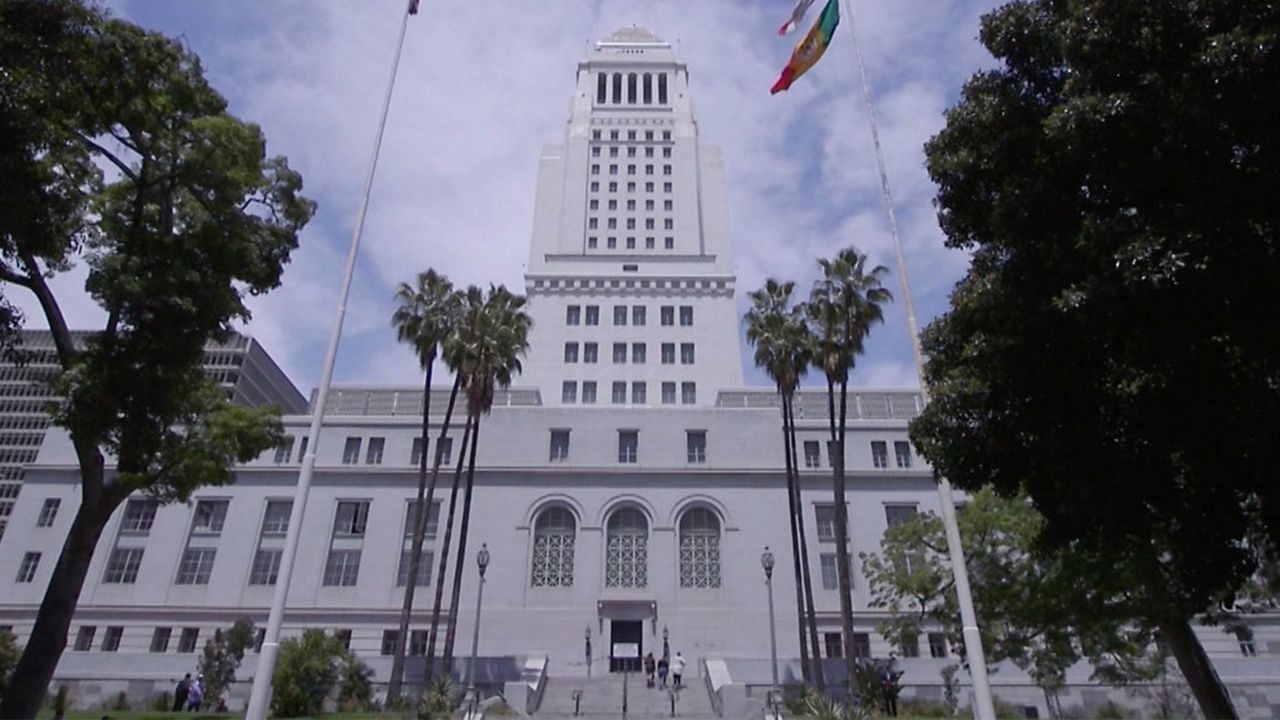 Do LA City Council Members Have Too Much Control Over Development Projects?

LOS ANGELES – Since taking office in 2015, one of Councilman David Ryu’s platform objectives has been addressing the relationship between city officials and developers.

His first year in office he introduced a proposal for a developer dollar ban, seeking to cut off funding from real estate developers to political campaigns. Ryu said it took his team more than four years to garner enough council support to make the legislation happen.

After a heated discussion and council vote, the law passed in December 2019 but doesn’t take effect until 2022.

“It was a milestone.  It was an advancement 10 steps forward that the City of L.A. hasn’t seen in decades. However, I wasn’t able to get every bit of reform that I wanted,” Ryu said.

The recent developments in the federal corruption probe, he adds, have spurred him to initiate even more sweeping changes.

During Tuesday’s City Council meeting, Ryu introduced two written motions aimed at tackling potential gaps in accountability and what he feels is a flaw in the City Charter of Los Angeles.

The first motion seeks to establish the Office of Anti-Corruption and Transparency, or “ACT” for short. Ryu said he envisions it would serve as an Inspector General for the City Council and have subpoena power. Its focus would be on planning, land use, and development, and construction approvals before the city.

“This would be able to go even further and have more encompassing powers than the ethics department to make sure we have an independent watchdog agency,” Ryu said, pointing to similar oversight offices that exist in Chicago and Philadelphia.

The second motion aims to root out corruption before it can even take shape. Ryu said the LA City Charter, adopted in 1925, needs to be reformed to limit the power individual council members are endowed with over land use and development decisions.

“We’re almost mini-mayors or fiefdoms,” Ryu said. “So in reality the City of L.A. is almost like 15 cities in one city.”

Specifically, Ryu wants to strike Section 245 (e) from the City Charter, which gives the City Council authority to overwrite the actions of planning commissions. Ryu said individual council members can use 245 (e) as leverage against developers over building approvals and it provides private developers with an incentive to influence a council member.

“It allows the City Council on the spot, on a whim, to change the decision. Not only reject what was decided in the planning commission but we get to rewrite what the commission has done,” Ryu said. “It is too much power pretty much in the hands of one individual and creates an environment rife for corruption.”

If he can rally council support, Ryu hopes he can get the charter amendment on the November ballot for voters to decide. Both motions now head to the Rules Committee to be discussed and voted on before they can move to the full council.

Ryu said the pair of proposals seek to repair the public trust the he feels has dramatically eroded in the wake of the ongoing FBI investigation into alleged pay-to-play schemes, bribery and racketeering involving public officials and developers.

Court filings don’t name the City Council member at the center of the corruption investigation, but the biographical and project timeline details provided point to embattled Councilman Jose Huizar, whose office and home were raided in 2018 by the FBI.

Even though he has not been publicly charged, some members of the public have been calling on him to quit his post.

“The integrity which someone who is supposed to steer the public policy for the City of Los Angeles has to be a lot more solid than what he’s coasting on right now,” Schave said. “By putting pressure on the city, that’s how we’re going to get this school of fish to slowly change course.”

Calls for Huizar to officially step down were echoed last week for the first time publicly by members of City Council just one day after the latest federal plea agreement was released. A real estate consultant named George Chiang, agreed to plead guilty to a federal racketeering charge and cooperate with the wide-ranging investigation, which alleges a criminal enterprise was undertaken by a member of City Council aimed at shaking down developers for money and gifts in exchange for their development projects being approved.

An aide to Council President Nury Martinez said she sent a letter to Councilman Huizar last Friday asking him not to participate in City Council meetings or take legislative action until there was “legal clarity” on the FBI probe. Spectrum News 1 requested a copy of that letter but has not received it.

Councilman Huizar has refused requests for interviews but released a statement last week in response to President Martinez saying he didn’t want to be a distraction to the council and would limit his participation.

But he stopped short of resigning.

Ryu was one of the council members who expressed his colleague should quit, but also wants to see the justice system do its job.

“Guilty or not. Nobody knows if he’s guilty or not but he does. He knows in his heart what is right or wrong and should do it himself without having to be asked,” Ryu said.