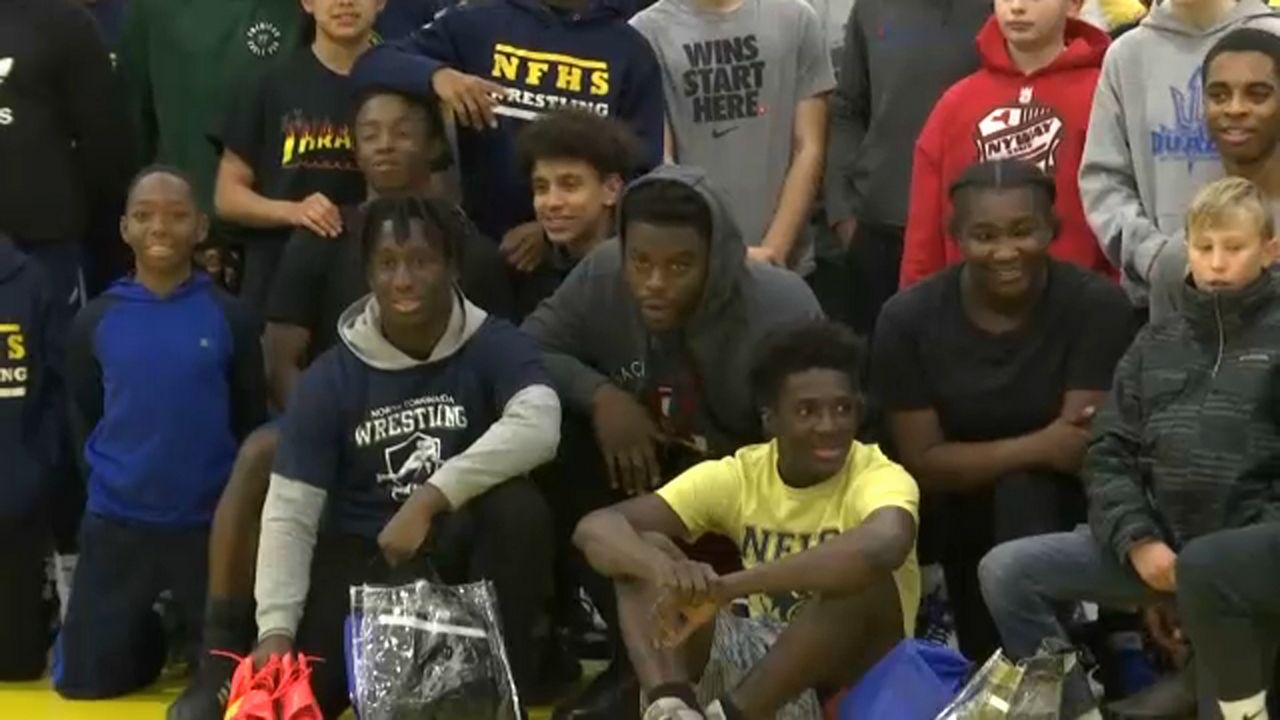 Just ahead of the Buffalo Bills' playoff game against the New England Patriots, defensive end Shaq Lawson made a surprise visit to Niagara Falls High School.

Lawson stopped in to the wrestling team's practice Thursday afternoon to surprise two brothers who had lost their mother during childbirth.

For Javion and Jesiere Carter the visit by their one of their favorite athletes couldn't have come at a better time.

The boys' father says sports including football have been vital in helping his sons get through the loss of their mother.

Lawson did not come empty handed.

He showered the boys with Buffalo Bills swag and brand new sneakers.

The brothers were left speechless by the visit.

"I was out of it, I didn't even know," said Javion Carter.

"I was nervous, I was surprised," added younger brother, Jesiere Carter.

Check out the gifts that @Shaq_Lawson90 gave to brothers (L-R) Javion and Jesiere Carter. The two said they plan to put their new swag to good use while watching the @BuffaloBills in the playoffs. @SPECNewsBuffalo pic.twitter.com/SgUMaJaNGt

Lawson says once he learned of the boys' story, he had to come out and make that connection and show his support.

"I lost my dad in a car accident so, I know their pain, I know what they’re going through. Each and every holiday, it doesn’t feel right without their chosen one," said Lawson.

Lawson says he does a similar event every year during the holiday season, but this is his first time doing this in the Buffalo area.

He says giving back is something he always wanted to do and kept it up after making it to the NFL.