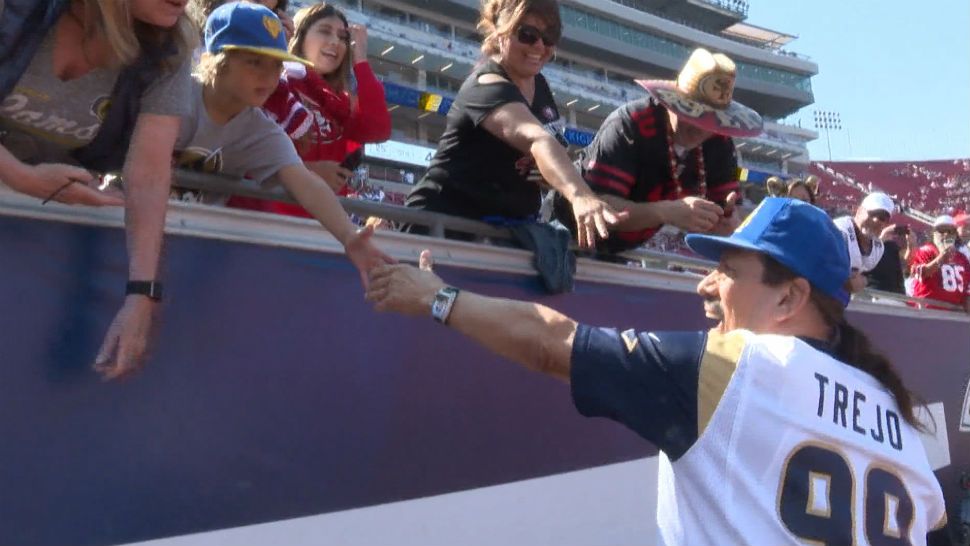 Danny Trejo Proves He Is The Biggest Rams Fan

LOS ANGELES – It was a disappointing night for Los Angeles football fans on Sunday as both the Rams and Chargers dropped a game at home, falling to 3-3 on the season.

The Rams lost a tough one to their divisional rival, the San Francisco 49ers, who remain undefeated and sit on top of the NFC West.

After failing to live up to their high expectations thus far, many Rams fans have begun to worry that there was too much hype surrounding the team early on.

But despite the doubters, there is always one die-hard Rams fan you can count on to bring the positivity. Win or lose, the Los Angeles Coliseum is Danny Trejo's second home.

Spectrum News 1 spent Sunday with Trejo to bring you a behind-the-scenes look at this L.A. legend's game-day experience.

I've been a @RamsNFL fan since the 50's! Watch my interview with @SpecNews1SoCal here: https://t.co/oWLZ2TGJmE pic.twitter.com/B1Gs8j4Eo6

Spent my morning at @trejosdonuts celebrating, "Eat Your Feelings Monday" after the #Rams loss to the #Niners last night. Luckily, you're always winning with @officialDannyT.