ARCADIA, Calif. – Santa Anita Park is returning for its fall horse racing season under more scrutiny than ever after 30 horses had to be euthanized due to injuries while training or racing over the past six months.

Another horse had to be euthanized two weeks ago during training. This week Governor Gavin Newsom addressed the controversy in a New York Times article saying “talk about a sport whose time is up unless they reform. That’s horse racing."

There have been a lot of questions about what kind of changes need to be made to save the horse racing industry in California or if it should just be shut down all together. In response to all the recent scrutiny, Santa Anita Park management has implemented a number of changes and new rules going into the new season.

Many of the people who have dedicated their lives to horse racing say those changes are a step in the right direction to making horse racing a better and safer sport.

Overseeing 22 horses is the pinnacle of success for a trainer, and Dan Blacker has proven himself enough to have his own stable at Santa Anita Park.

“This is a 2-year-old filly called Eyes Open. She hasn't raced yet, but we've got high hopes for her,” said Blacker as he pats the beautiful chestnut horse on the head.

Blacker has trained horses all over the world including Europe, the Middle East, and Asia, before he choose Southern California as his home. Horses are his life.

“I've loved horses since I was his earliest memories of being so fortunate to have a career in this business and do something I love and be outside all day and then work with these beautiful animals. I feel very fortunate to do it,” said Blacker.

As a trainer who spends nine months out of the year at Santa Anita Park, Blacker has been weathering the storm of negative headlines and publicity surrounding the famous race track this year.

“Man, it's been really up and down and as you can imagine,” said Blacker.

But he says all of this has led to changes that were needed and wanted.

“I feel positive that where the whole industry is going in a in a safer direction. We're all working together, the trainers, the management, the vets, we're all doing everything we can to make this a safer racing as possible,” said Blacker.

Blacker’s is saddened over the Governor's comments that this is a sport whose time is up unless they reform.

“It makes me feel sad. I wish the Governor could come here and visit my barn. And he could see how well these horses are cared for. Then he might have a more well rounded opinion on the way we do things here. In the last year we’ve made huge steps forward,” said Blacker. 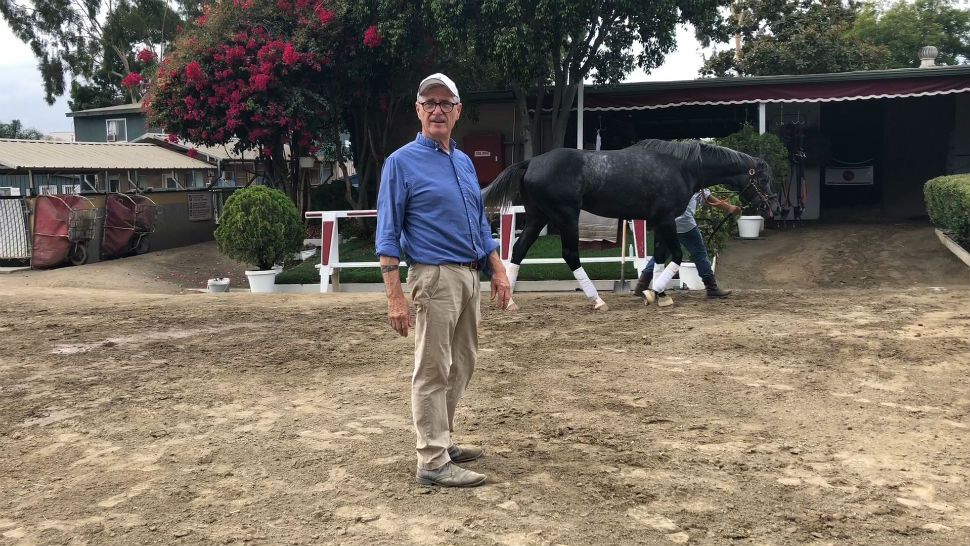 Going into this new fall season, Santa Anita has a number of new changes and rules in place. There are new regulations for how many days before a race certain drugs can be given to a horse and restrictions on how whips can be used by jockeys.

Jay Neff, who owns and trains five horses, responded to Governor Newsom’s remarks by saying the willingness of owners to pay for additional mandatory veterinarian checks without even questioning the cost of them beforehand, is already an indication of how much they are on board with new reforms.

But even needed changes are still a transformation from what the horse racing industry is used to.

“I think it's just right now we're moving in a really good direction and I feel really positive that this is going to take our game to the next level because it is a fantastic business to be involved in,” said Blacker.

Change is not easy. Some people who want all horse racing to completely end may say it’s not enough and others within the industry may resist it. But it is happening. For people like Blacker and Neff, the current tide of change is welcomed in an effort to save the sport they love.