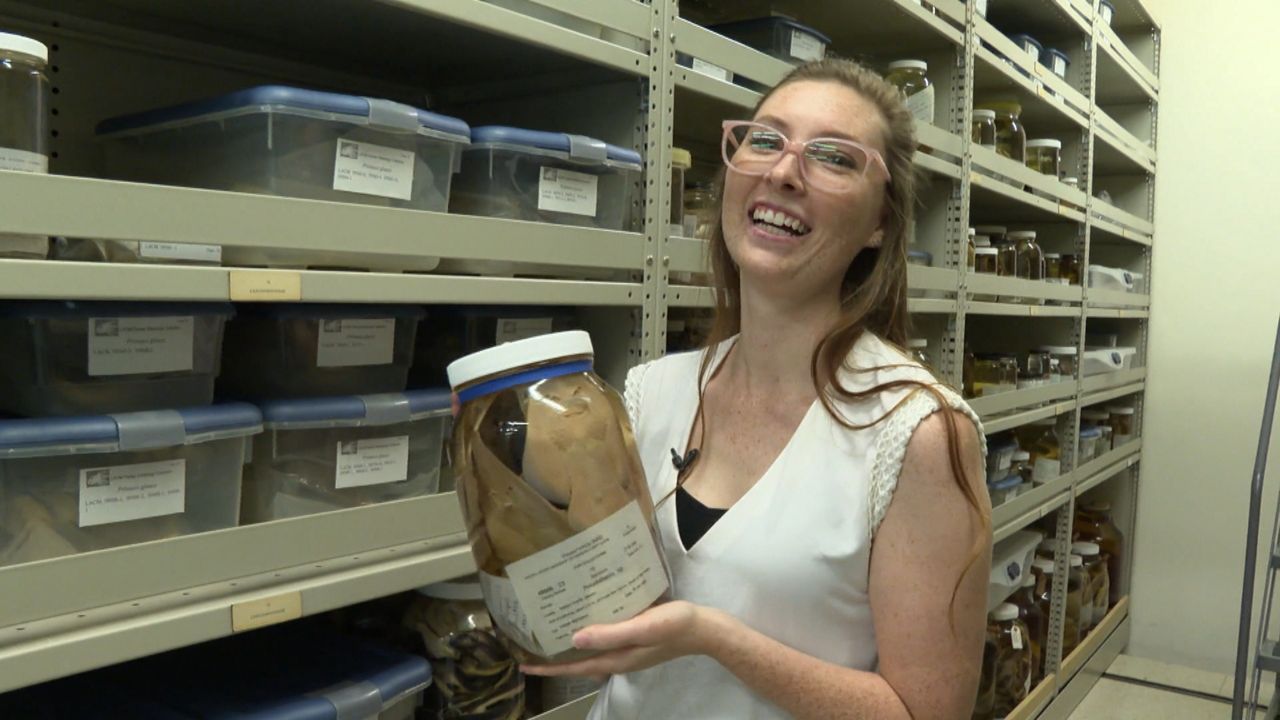 LOS ANGELES – There are a lot of different kinds of rays at the Natural History Museum of Los Angeles County.

Part of the museum’s ray collection has sat untouched since the 1940s and 1950s. University of California Los Angeles graduate student Kelsi Rutledge has examined dozens of the preserved specimens.

Her mentor had a hunch something new could be hiding in the collections at UCLA and the Natural History Museum. Rutledge got to work, focusing on the guitarfish.

“It was really exciting, but it was also nervous because this group is difficult to identify so I wasn’t sure at first that it was a new species,” said Rutledge.

Eventually Rutledge got enough data to prove she had found a distinct species of guitarfish. Her results are now published.

She got to name the new species Pseudobatos buthi. The first word is the genus and the second word stems from her mentor’s last name.

Fresh off this success Rutledge took one of the guitarfish to the beach for an unusual photoshoot. It’s a specimen that was not catalogued correctly years ago so it doesn’t have much scientific use. Clearly she is comfortable raising a few eyebrows.

“The field has really been historically dominated by old, white, rich men. That’s kind of the way of science and explorers finding new species so I just wanted to spice things up and show a new face of taxonomy and that it can be fun and that it’s important,” said Rutledge.

I’m living my scientist fantasy today. Can you believe there was a new species of guitarfish hiding out on these shelves for decades? pic.twitter.com/mDDF7NwCGD