SOUTH LOS ANGELES - Eso Won Books in Leimert Park is a gathering spot for writers and readers alike. An independent black-owned bookstore since 1988, it's hosted many noted African-American authors, including Toni Morrison -- who passed away today at age 88.

These readers are here to commemorate Morrison's life by remembering her books and discussing what they meant for their community.

“I think her greatest contribution was she said, 'I'm not writing for the white gaze,'” said former English teacher Yvonne Divans-Hutchinson. “We are black and it is that blackness which she wanted to illuminate. This is who we are. We are part of this universe and in capturing that experience, it is universal, it is human.”

Back when Toni Morrison published Paradise in 1997, she gave a reading at Eso Won Books and Divans-Hutchinson had the honor of introducing her.

“To introduce her, that was such a phenomenal experience, such a privilege,” said Divans-Hutchinson. “She was warm, she was congenial, she was down to Earth.”

A bookseller his whole career, he opened Eso Won with the hope of growing a community of readers.

“We just wanted to present that kind of information to our community and make it available where people can have it,” said Fugate.

Today, customers want to remember Toni Morrison and even though Ashli already has these books, she’s picking them up to give away.

“You want to hold off or you want those?” asked the bookseller.

Ashli said she couldn’t pick a favorite, but that’s easy for Fugate.

“My favorite is this one called Home right here,” said Fugate. “Critically, some critics didn’t like it, but I actually feel very sad because we don't have enough black critics and I think if black critics had reviewed that book, they would have understood it a lot better. It's really a very, very good book.”

In an industry where male authors are often celebrated, Toni Morrison left more than an impression as a female author of color. 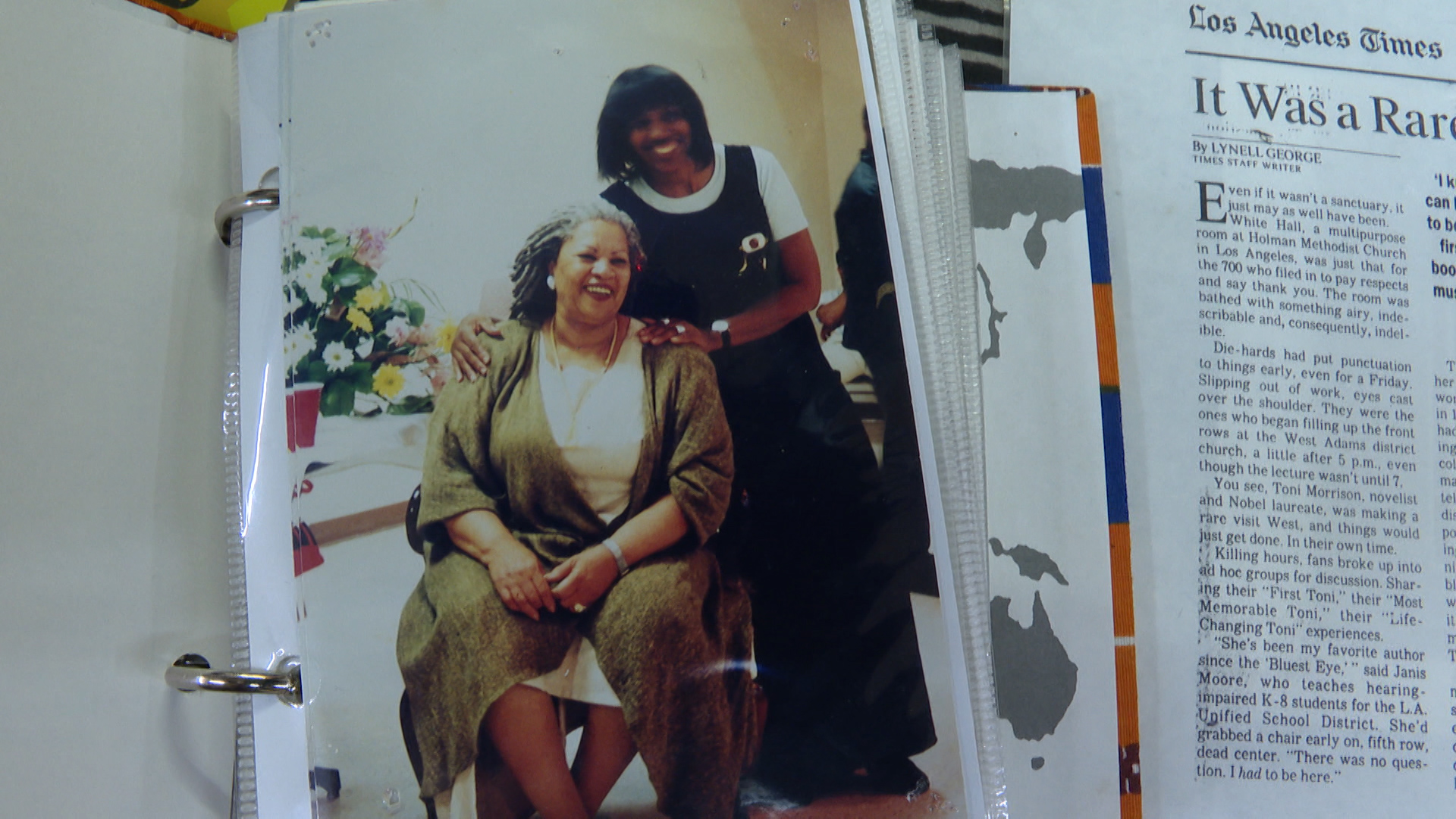