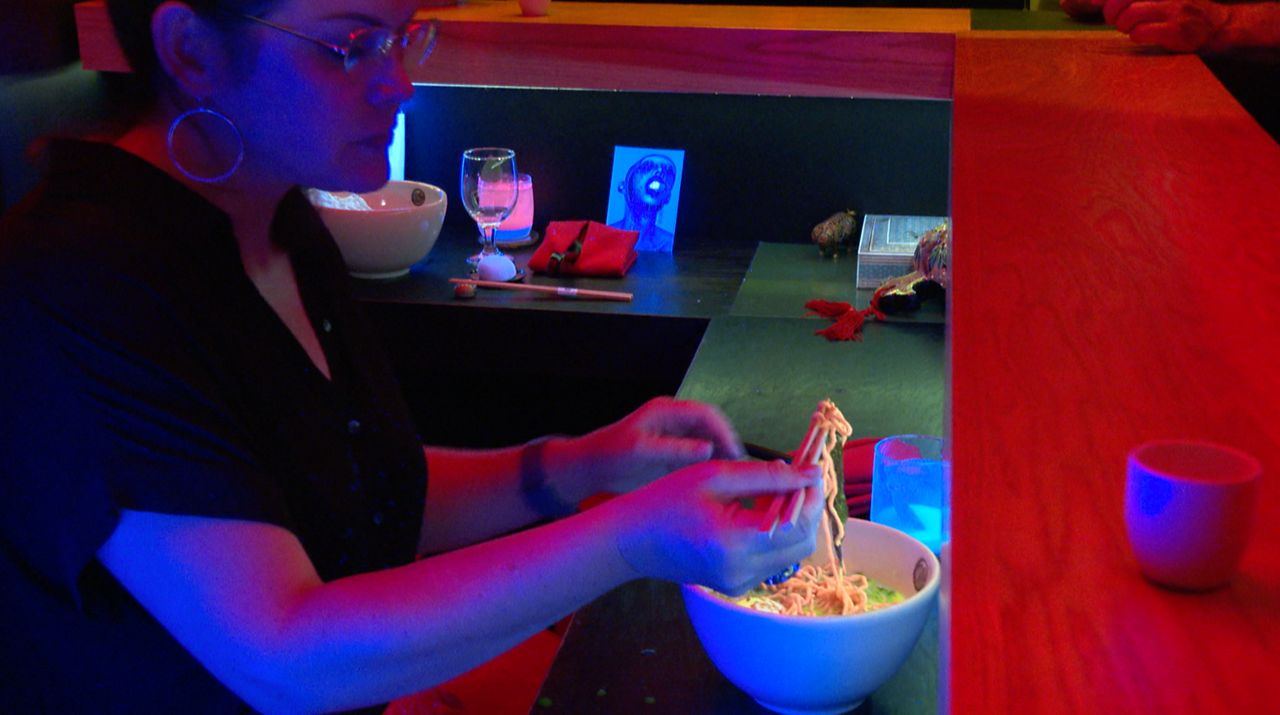 LOS ANGELES – There is a shipping container in the Hollywood Hills and inside is a kitchen where they are serving glow in the dark ramen.

“I thought it was really fun. I mean I’ve never had glow in the dark food,” said diner Jenn-Colson Demer.

Los Angeles is the third stop after Charlotte and Atlanta.

“Well to travel with friends is really amazing,” said Engelbrecht.

The experience is based on a family folktale. The story goes that siblings lost their parents after a tsunami. The spirits now travel the world searching for their lost mom and dad. When the food glows that means they’re close to their parents.

“I think everyone has a lost one that they’ve been searching for, so I think the folklore really touches people too, so it’s not just the food,” said Engelbrecht.

Dinner is served seven times a night every Wednesday, Friday, Saturday, and Sunday.

Nakamura.ke opened in LA this month. They’ll be here until August 11.

This glow in the dark ramen story is making me so happy. Feeling a little like @JadaMontemarano right now 😁 pic.twitter.com/a9tib1RyDk