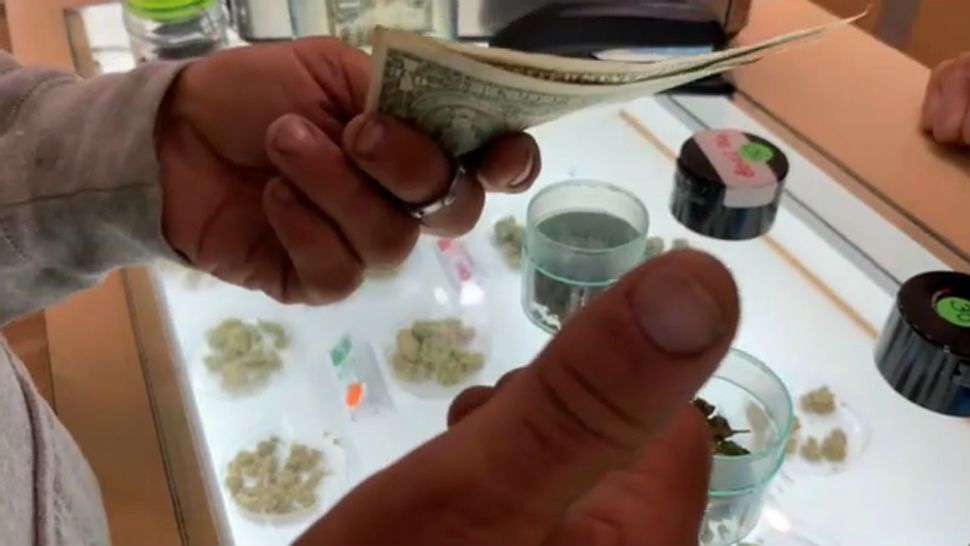 WEST HOLLYWOOD, Calif. – The best part of Danny LaBille’s job is seeing the look on his customers’ faces when they leave his shop.

“They always leave super, super happy and knowing we’re a part of that, it always touches my heart,” said LaBille.

LaBille is the manager at Exhale, a legal neighborhood dispensary in West Hollywood.

“I’m in it because I feel it truly benefits people,” LaBille said.

These days, he is facing steep and sophisticated competition from illegal dispensaries and dealers who are sucking up his profits. The legalization of cannabis was supposed to do away with the black market. Instead, it seems to be giving it more oxygen.

Taxes and other strict regulations have forced legal dispensaries to hike up their prices to make a profit. Meanwhile, illegal joints and dealers are selling their products for up to one third less.

“Some of our regular customers. people we knew by name, they just slowly stopped coming,” LaBille said.

Los Angeles has ramped up enforcement against illegal marijuana dispensaries. On Thursday, Riverside County police seized almost 15 tons of marijuana from illegal operations in Perris, about 70 miles east of L.A. Photos tweeted by the sheriff's department show plants being pulled from the ground and placed into vans for transport.

With so many of these illegal shops, authorities and regulators are having a hard time keeping up. The one thing LaBille can offer that his illegal competitors can’t is a friendly smile and a tested product, something his customers seem to appreciate.

“I don’t buy from other vendors,” Roderick James, one of LaBille’s customers said. “A lot of that stuff has pesticides on it and I want to be as organic as possible.

For now, LaBille is taking a deep breath in, hoping his competitors eventually get stomped out.