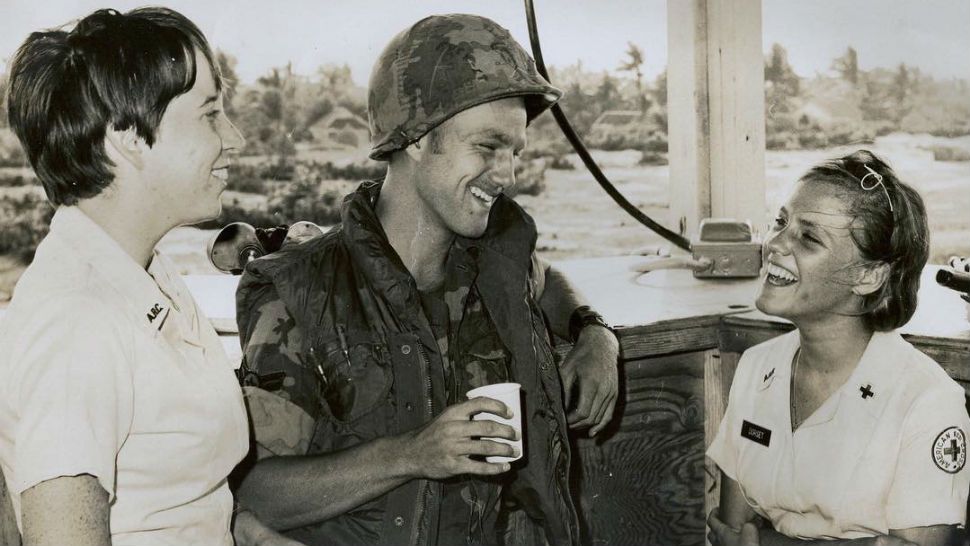 The Donut Dollies joined 20,000 troops during the Vietnam War and went unnoticed for many years. (Spectrum News)

INIDIAN WELLS, Calif. – There is a group of young women who volunteered to serve during the Vietnam War, they were known as the Donut Dollies and went largely unnoticed for many years.

These American women volunteered to serve during the Vietnam War through the Red Cross as part of a program called Supplemental Recreation Activities Overseas, SRAO, known by military men as “The Donut Dollies.” Their service and sacrifice was overlooked for quite some time.

It has been years since Linda Hallenbeck-Pelegrino has pulled out her dog tags that she wore in Vietnam in 1967. Back then, she was a young college student from Long Beach looking for an adventure.

“My girlfriends and I thought it would be exciting to travel overseas and help out with the military, we loved it,” said Hallenbeck-Pelegrino.

During the Vietnam War Hallenbeck-Pelegrino served through the Red Cross armed with nothing but cookies and a few homemade games. The Donut Dollies risked their lives for what seemed like an impossible job.

Together the Dollies helped the U.S. troops forget about the war. Hallenbeck-Pelegrino spent most of her time in the Mekong Delta with the 9th Infantry Division. She lived on a base with six women and 20,000 men.

Every day they exposed themselves to danger and despite their service, many believe the Donut Dollies’ contribution was not recognized. Hallenbeck-Pelegrino is now working to reconnect with the former Dollies through social media.

Hollywood ended up recognizing the group of women. Hallenbeck-Pelegrino worked as the official Red Cross technical advisor for three seasons on the award-winning television show China Beach. Producers even named a character after her, Holly Pelegrino.

Hallenbeck-Pelegrino says she will never forget her time with the Dollies; it is a chapter that is hard to close and one she will always hold dear to her heart.