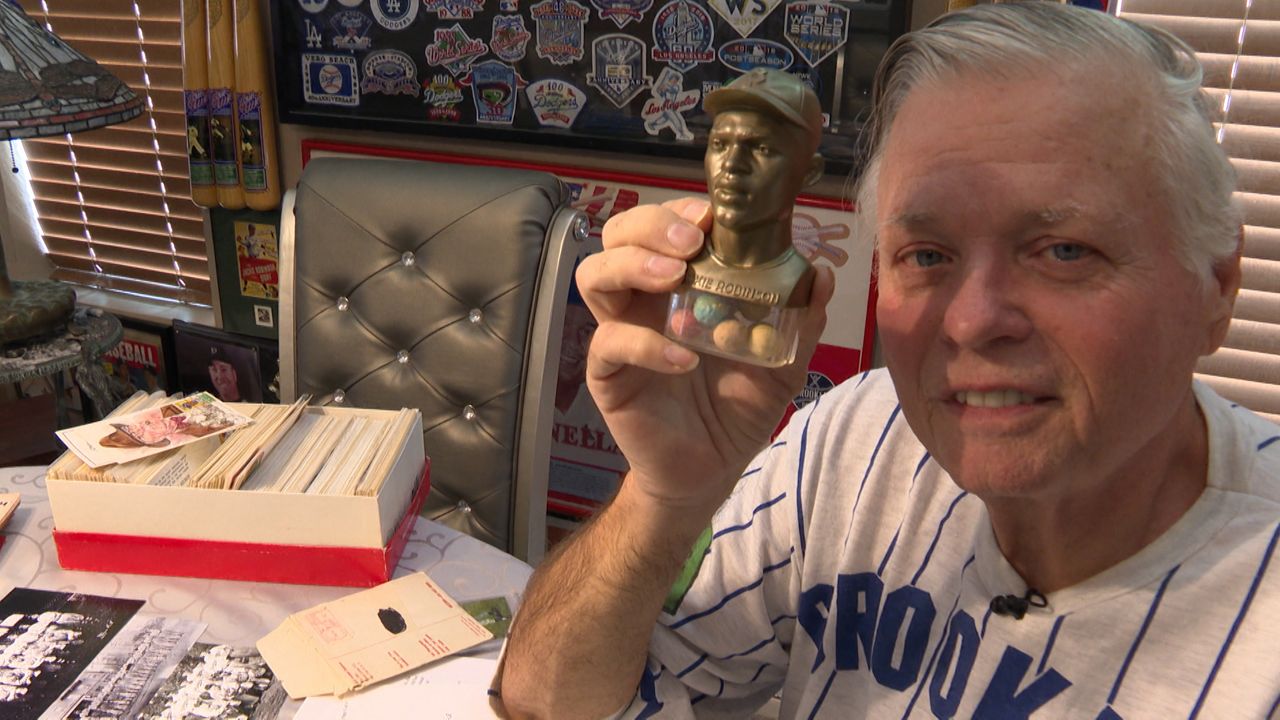 While he may look pretty run-of-the-mill and his kitchen may appear fairly mundane, as soon as you step into his living room, all bets are off.

Allen owns what he describes as the "largest collection of Dodgers memorabilia in the nation." His passion for collecting began when he was five-years old.

“It’s been a passion, it’s been a love, but in a way, it’s trained my mind my whole life," Allen said. "“When I was a little kid, what [my uncle] did was he went and steamed off Tip Top bread labels for me and that’s how the collection started.”

Over the last six decades, it has grown to over 250,000 items, ranging from baseball cards, to magazine covers, and everything in between.

The artifacts line his living room walls and office from top to bottom.

“Fortunately, I have a wife who allows me to display all of this," he said with a laugh. "I could understand why a woman might not like it. Some guys have a man cave, I have a man house.”

Allen is a museum curator by trade who has put together exhibits at the Baseball Hall of Fame and the Rose Bowl, among other places.

He grew up about two blocks from the Dodgers' original field in Brooklyn, but made the move west in 1999 to curate an exhibit at Dodger Stadium.

“To me, my high school team was the Dodgers, because I lived in what would have been their parking lot," he said.

After collecting for 65 years, it's time for Allen to think about what's next for his home museum. His hope is to be able to share the collection with others.

“I’ve been a steward of this for a long time and I know it’s bigger than me," Allen said. "This needs to be put into a museum and shared with everyone, we have to share our cultural heritage."