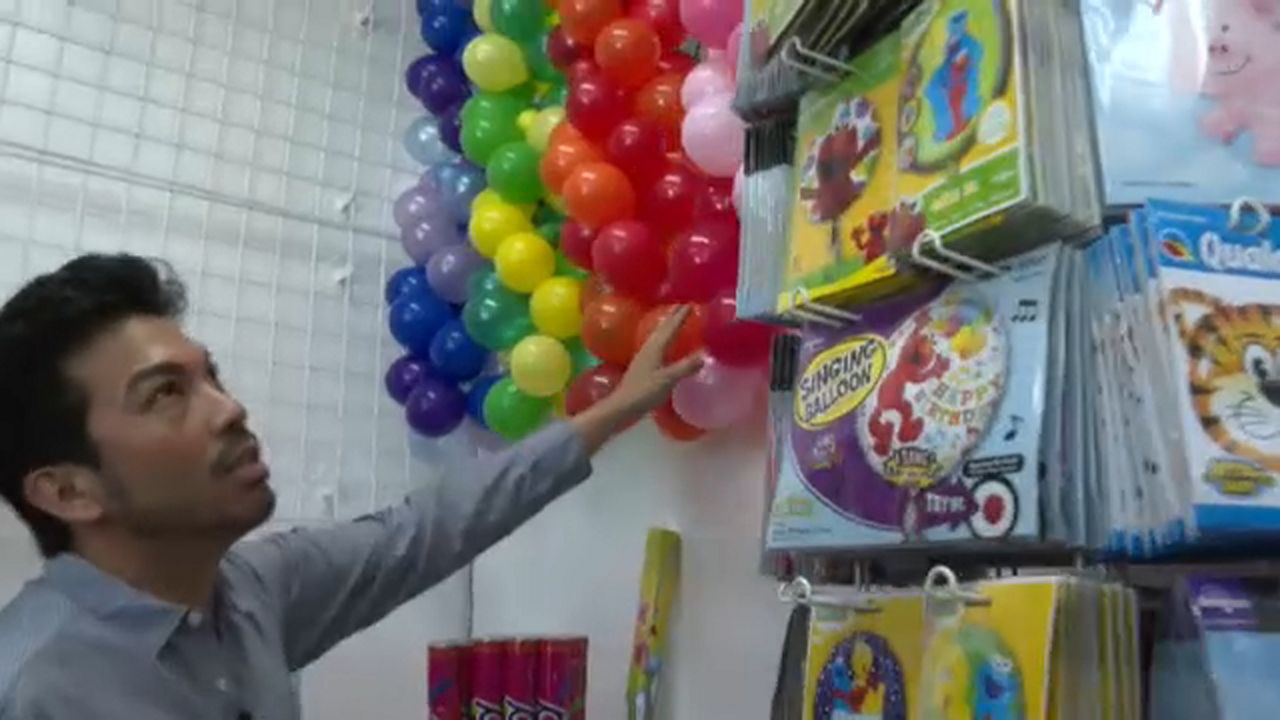 PASADENA, Calif. - A helium shortage that’s been years in the making has local party businesses hurting for the natural gas. The element is used for a lot more than just party balloons, which is increasing demand for a dwindling supply.

Balloon Emporium in Pasadena has been hit this year by the shortage. General manager Shane Sourgose said the store’s helium supplier hasn’t been able to fulfill a full order and deliver the tanks they need to meet demand.

“Let’s say we order 50.They gave us half of our order,” Sourgose said. “Due to that scale-back we have to then scale back our operation. We had to regrettably deny clients that were looking for helium tank rentals and refills. But we did have a wait list.”

Chemist Dr. Louise Huang at Azusa Pacific University says this is the third helium shortage in the last decade. The element is used in various ways including to cool the magnets used in MRI machines, to temper rocket fuel so it won’t burn or explode, to prevent decompression sickness in deep sea diving, for fiber optics, semiconductors, and blimps.

“There are very significant and non-negotiable uses in medical and research facilities,” Dr. Huang said. “So those are the usages that are non-negotiable and of more concern than helium balloons.”

As demand for helium increases, so does the need to prioritize how it’s used.

“We can’t really produce or make more helium per se because it is actually a bi-product as natural gas mining occurs,” Dr. Huang said.

Sourgose has been helping customers during the shortage by selling small helium tanks, and using air instead of helium for some balloon displays. Recently he’s been able to get more helium from his supplier, but still plans to conserve its use.

“We still have to treat it like a rarity,” he said.