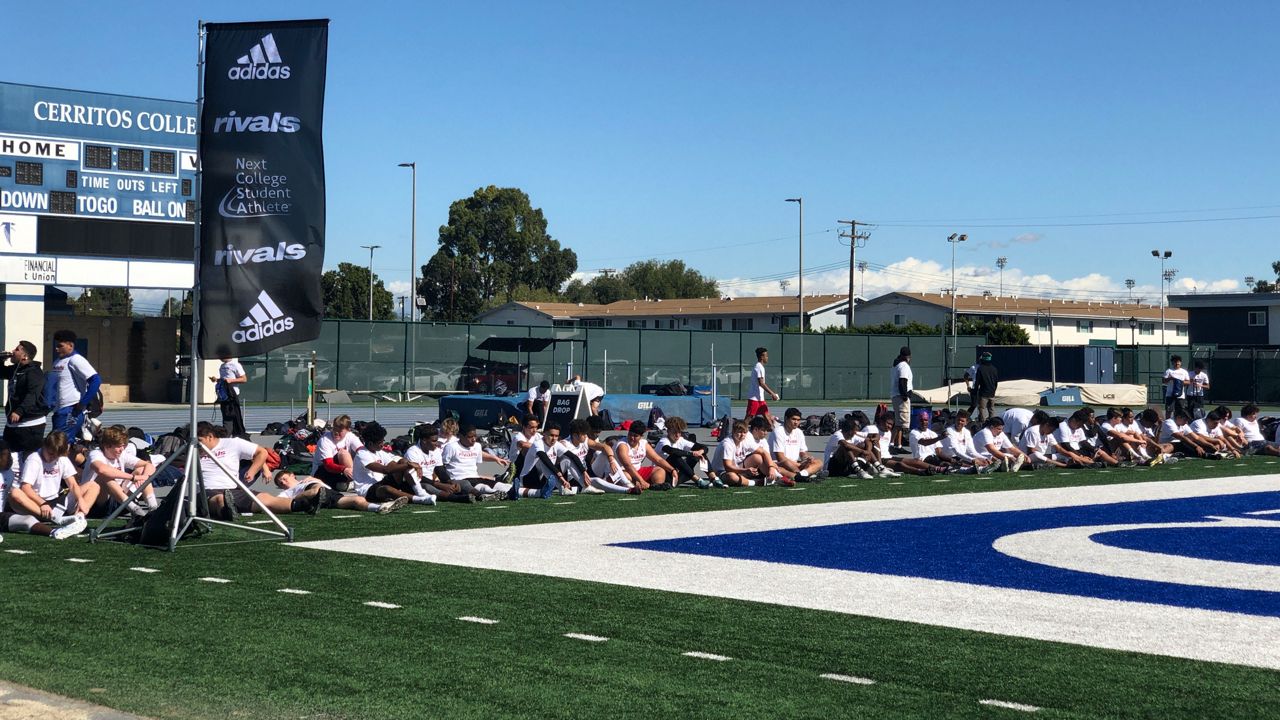 When it comes to football drills even a split second can make a huge difference. That's why the NFL Combine is so important for hundreds of athletes every year.

But there is another combine that is available for players, and although high school football season is still six months away, it's this combine that brought almost 2,000 prep athletes to Cerritos College.

The players got the chance to compete in every drill available at the actual combine, including the 40-yard dash, cone drills, high jump, and vertical jump.

“Coming here seeing your numbers before you go into the season, trying to get faster stronger,” said Ryan Watson, a junior at St. John Bosco High School. "The dream is NFL, but getting to college, that’s the main goal."

To achieve this dream, players like Watson take everything into account, making measurements and drill times all the more important.

Michael Weinstein, the founder of Zybek Sports who created the timing technology used at the NFL Scouting Combine in Indianapolis, brought the same equipment to the prep level.

"We’re doing fully-automated, electronic timing," Weinstein said. "What that means is that the athlete starts the clock and the athlete stops the clock. This is the standardized athlete test."

At a time when high school and collegiate sports are more competitive than ever, the times have become even more important. In fact according to the NCAA, only six percent of high school athletes will play in college and just 15 percent of those will go to the NFL combine.

For the rest, this combine might be their only chance to compete.