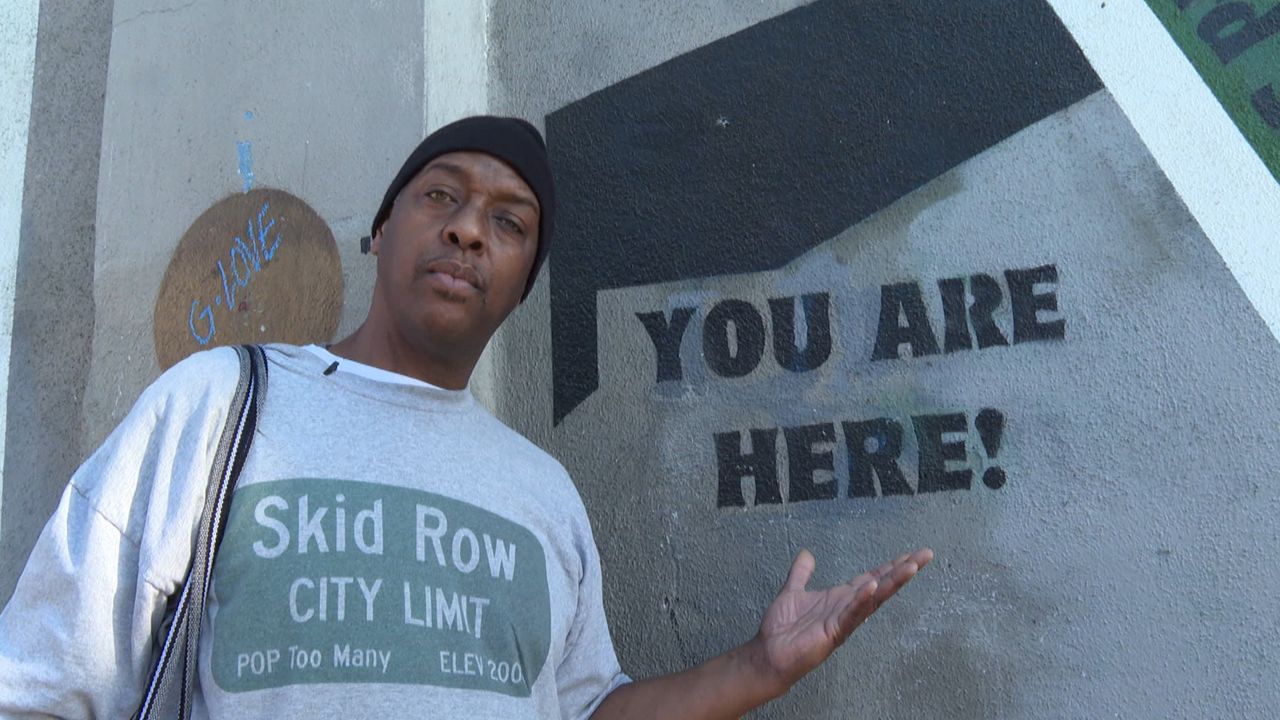 Skid Row in Downtown Los Angeles is often called the homeless capital of America, and indeed there's one person there who some even refer to as “the mayor.”

For many years, Jeff Page, better known as "General Jeff," has been spearheading a grassroots movement to help define Skid Row as a distinct neighborhood and community.

Page came out of the West Coast hip hop scene, but, as he says, he intentionally settled in Skid Row to help the community.

"I just got to a point in my life where I just wanted to give back, do something different," said General Jeff. "And, you know, for the last twelve years I've been right here in Skid Row."

As General Jeff makes his way through Skid Row, it becomes apparent that he knows almost everyone there, including another "general," General Dogon.

“This is a legend right here,” said General Jeff.

“We're making sure that the city delivers for our people, because if we don't do it, who’s gonna do it? If we don't do it now, when‘s it gonna get done?” added General Dogon.

General Jeff made a quick stop at a nearby community center where he was greeted by O.G. Man who years ago recruited General Jeff to help with his basketball league in nearby Gladys Park.

“Basketball is just a tool to fill up your life skills, like being on time. Family. Friends. Responsibility,” said O.G. Man.

And now General Jeff is excited. Gladys Park is getting a face-lift thanks to his help securing some of the $10 million that the Los Angeles Clippers has donated to renovate courts throughout L.A.

“This is grassroots, resident lead. Non-profits had nothing to do with it. Not the missions, social service providers, not the city, not the county, just ourselves saying we want to do something positive,” said General Jeff.

He explains that it's more than just a basketball court. It's a community meeting place for a community that doesn't have its own city hall.