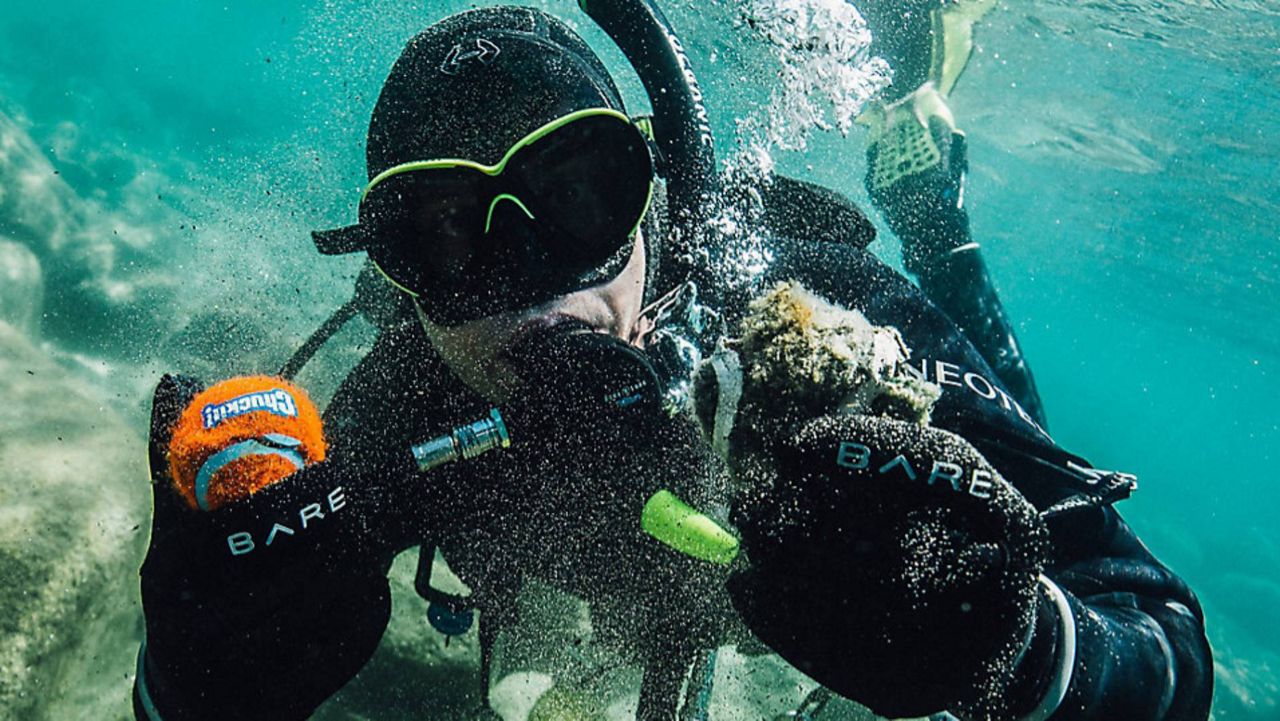 Divers retrieve more than 25,000 pounds of trash from Lake Tahoe

Lake Tahoe is one of the most scenic bodies of water in California, but it has a dirty little secret: Divers with Clean Up the Lake recently collected more than 25,000 pounds of trash from its depths.

Colin West, founder of Clean Up the Lake, joined host Lisa McRee on "LA Times Today" with more on the massive trash pickup.

West formerly worked as a filmmaker, traveling the world shooting wine TV shows and documentaries. On one of those trips, West noticed the litter covering Belize's beaches. The sight inspired him to contribute to beach cleanups at his native Lake Tahoe and eventually dive into the lake cleanup.

Lake Tahoe has a 72-mile perimeter. West and his crew scoured every inch of that perimeter for debris.

"We were getting 50 to 100 pounds of trash per diver almost every single time we went out," West said. "We were talking to Tahoe Fund and Tahoe Blue Vodka, some organizations, and companies here in the area and they came on board to support this project. So did the Nevada Division of State Lands and quite a few other grant giving foundations in the Tahoe basin here as well. We ended up going and launching on May 14, 2021."

Clean Up the Lake faced obstacles like COVID-19, the Caldor fire and record-setting snowfall. More than 100 people contributed to the cleanup, from trained SCUBA divers to support staff on jet skis and kayaks.

"We came out and worked over 6,700 cumulative hours together to clean up the lake," said West. "There were over 189 different dives across 81 days ... It was a really difficult, hard project to do. Everyone that was part of this is really gone above and beyond. I couldn't be more grateful, but it was fun to me."

West talked about some of the objects they found underneath the surface of Lake Tahoe.

"Of course, we found some of the typical beer cans, almost 5,000 or more of them, as well as plastics and bottles and construction and debris. Us just being present at the lake, I think, is one of the biggest impacts … That's the majority of the litter and trash that we're pulling out from under the surface. But some of those fun items were things like a 1980s Nikon film camera ... or my best one was, a guy had [lost] his Incline Village District access card from 1979."

Now that the 72-mile Tahoe project is complete, West and his crew are already working on cleanups in other lakes around California. They will be working on research and cleanups at Donner Lake, Fallen Leaf Lake and Mammoth Lake.