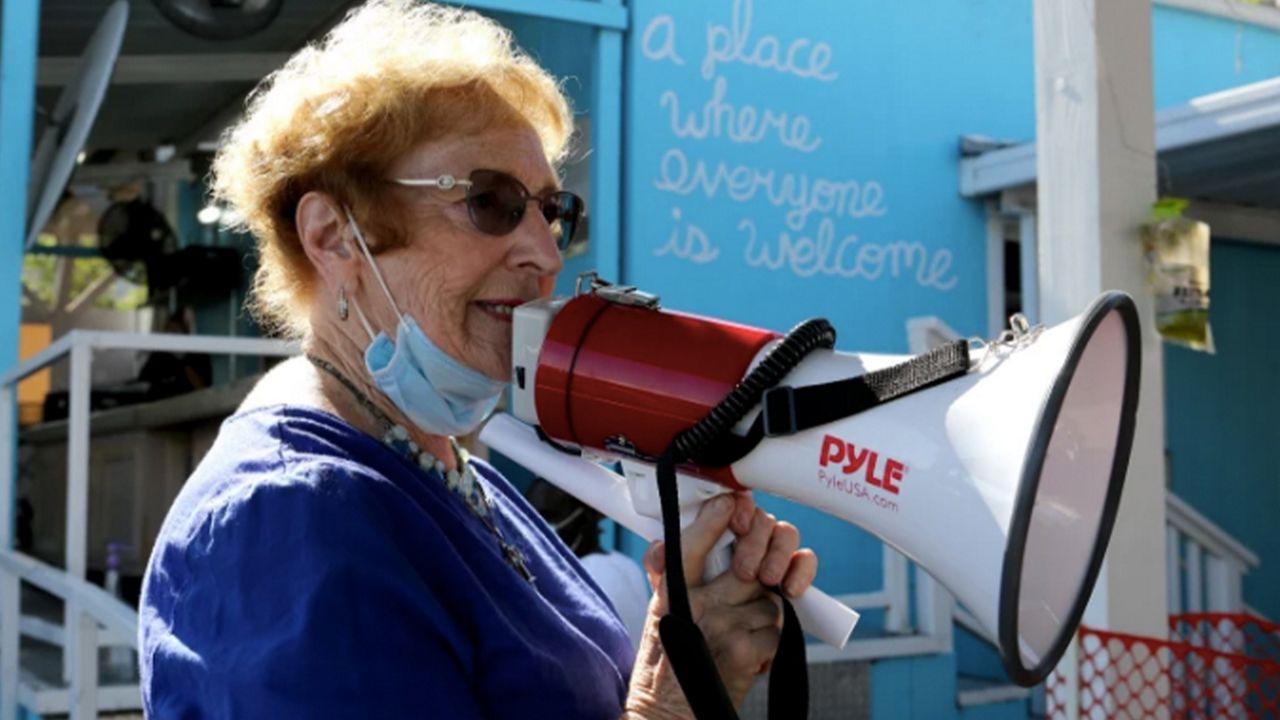 For more than 35 years, Mary's Kitchen has served homeless individuals in Orange with hot meals six days a week. But now, the city of Orange has decided to terminate its contract with the non-profit. That's leaving many to wonder — what will happen next?

Along with serving meals, Mary's Kitchen provides other services for people in need.

"We have mail service here; we provide clothing, a shower, a place for them to stay during the day where they don't have to be on their guard. Mary's Kitchen is a safe place. When I look around Orange County, I do not find these kinds of services that are being offered elsewhere. We create a home, a family environment for people who are otherwise are being ignored. And when they come here, we try to give them that family touch," said volunteer Natalie Wolf.

Mary's Kitchen's mission is to help others until they can take care of themselves. But now, they need the community's help to ensure the future of the organization.

The closure of Mary's Kitchen, a sanctuary for the homeless, would be a 'tragedy' for those who rely on it https://t.co/Fpsn2qYAy1

"I like to get to know them and see how more we can help them. That was the thing that Mary always said. Mary's Kitchen has been in existence since 1985. In 1994, we were attracting the wrong element to the park, so they asked us to move. Fortunately, they found this place because this is the city yard, and they said, 'oh, it's the perfect place for you, you're surrounded by industry, you are down the street from the police department,' and that's how we got over here. We've been operating here for 27 years. In June, we received this letter of termination; they are terminating our agreement early. Our agreement goes through 2024," said the President and CEO of Mary's Kitchen, Gloria Suess.

Patrick Hogan has been a guest at Mary's Kitchen since it opened, and he says he will help the organization as much as he can.

"The idea that someone did this on their own without any help from the government, and now to be shut down because they said there's a criminal element to this, I mean, come on, it's like saying, 'well, we've got to close the banks because it attracts bank robbers,'" Hogan said.

For many, Mary's Kitchen is more than just a resource — it's a place that feels like home.

"Knowing that you have a place and you can always fall back to is a great source of comfort. It's like a security blanket for somebody. They know that they can venture out, they can try things on their own. They can try to be a better person. But if things happen and they have to fall back, Mary's Kitchen is the last place that they can fall back to," added Wolf.

Despite the challenges, Mary's Kitchen has gotten a lot of help from people in the community, giving the organization hope.

"It's just humbling to know the community is rallying behind us. We've spoken at the city council twice; they only meet once a month. We are writing and trying to change their hearts, and we're asking everybody to email everybody on the Orange City Council. They can also write them a letter saying how important Mary's Kitchen is to the community," said Suess.